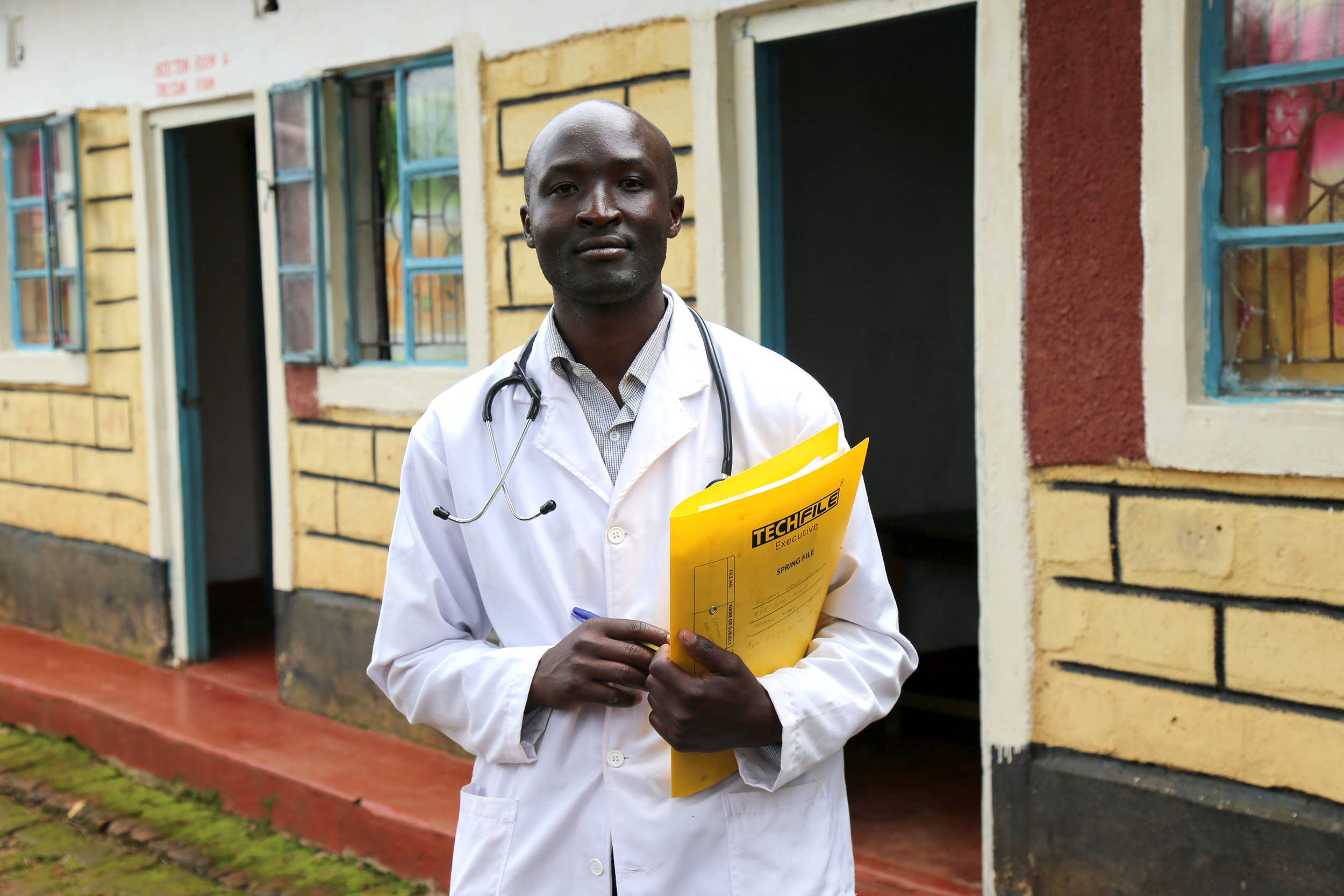 After graduation, Osoro didn't wait for employment to come along. He used his savings to buy some basic equipment, rent a place, and start his own clinic. Photos by Tervil Okoko for IntraHealth International.

He had almost given up on his dream of owning a health care enterprise. Then he learned about the Afya Elimu Fund. 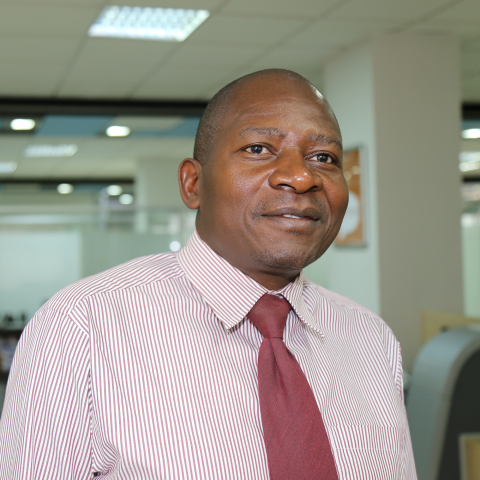 It is 10AM local time, and in Karantini village, Kenya, an elderly man with a walking stick is limping out of the consultations room at Bethany Medical Clinic. You can see he is being careful not to hurt his leg. This is because he’s recovering from a festering wound that had almost become gangrenous.

He is the ninth patient since daybreak for health worker Statius Osoro Ondiba, 24, the proprietor of the medical facility.

For months before visiting the clinic, the old man, who is HIV-positive and lives in a hard-to-reach area, had tried all sorts of traditional medicines to heal himself—without success. Due to his ill health, he could not travel to the nearest big health facility, Keroka sub-Country Hospital, which is nine kilometers away.

Also, the road from his village to Keroka town sometimes becomes impassable when it rains.

Bethany Medical Clinic is closer to home. Situated within the old man’s village, the clinic serves up to 40 clients in an average day. It offers family planning, maternal and child health care, lab services, a pharmacy, and consultations on common ailments and diseases such as malaria and typhoid.

Without the Afya Elimu Fund, Osoro would never have been able to finish his studies.

Osoro holds a diploma in clinical medicine. Without it, he wouldn’t be qualified to run the clinic. And without the help of a low-interest loan program called the Afya Elimu Fund (AEF), he says, he would never have been able to finish his studies.

AEF provides training fees to Kenyan students in need so they can pursue medical training, particularly those studying to become nurses, lab techs, and clinical officers, all of which form the bulk of the health workforce in Kenya.

Since it launched in 2013, AEF has benefitted 18,211 students. Many, like Osoro, have gone on to improve the quality of health care around the country, particularly in hard-to-reach areas.

The struggle to pay for schooling

In early 2013, Osoro’s father drowned in a flooded section of the village road. After that, Osoro didn’t know how he would support himself through school.

“But the tragedy did not dampen my spirit,” Osoro says. “In September the same year, even without caring where I would get the money to pay the fees, I registered for a diploma course in clinical medicine and surgery at Outspan Medical College in Nyeri.”

Then Osoro learned about the Afya Elimu Fund and applied for a loan.

“I was almost giving up on my studies when, two months later in November 2013, I received the first AEF loan disbursement,” Osoro says. Thanks to the loans and his own hard work, he graduated in 2016.

All along, Osoro says, he was interested in starting a health care enterprise. After graduation, instead of waiting for employment to come along, Osoro used the savings he earned during his internship to buy some basic equipment, rent a place, and start his own clinic.

The clinic now earns Osoro enough money to take care of his family and to repay his loan at 4% interest per year.

He began with a two-room structure. Now the clinic has grown into a four-ward facility that admits patients, dispenses drugs, and offers basic laboratory services. He employs two clinical officers, a nurse, a laboratory technologist, and a receptionist who doubles as an accounts clerk.

The clinic now earns Osoro enough money to take care of his wife and child and to repay his AEF loan at only 4% interest per year.

“I appeal to more organizations to come forward and support the AEF initiative,” Osoro says. “This will enable more students to complete their studies.” He also wants to make sure all AEF beneficiaries repay their loans, which enables more students to benefit from the fund.

Kenya’s current health worker to population ratio stands at 1.54 to 1,000, much lower than the World Health Organization’s recommended threshold of 2.3 to 1,000. Osoro believes the AEF can help fill this gap, resulting in more health workers for Kenya, and better health outcomes for the country’s people.

The Afya Elimu Fund is a public-private partnership established by IntraHealth International’s FUNZOKenya project (and subsequently led by IntraHealth’s Human Resources for Health Kenya (HRH Kenya) Mechanism), in partnership with the Higher Education Loans Board, the Ministry of Health, and the Kenya Healthcare Federation. Both FUNZOKenya and HRH Kenya are funded by the US Agency for International Development.

Osoro works with a client in his clinic in rural Kenya. Photo by Tervil Okoko for IntraHealth International.