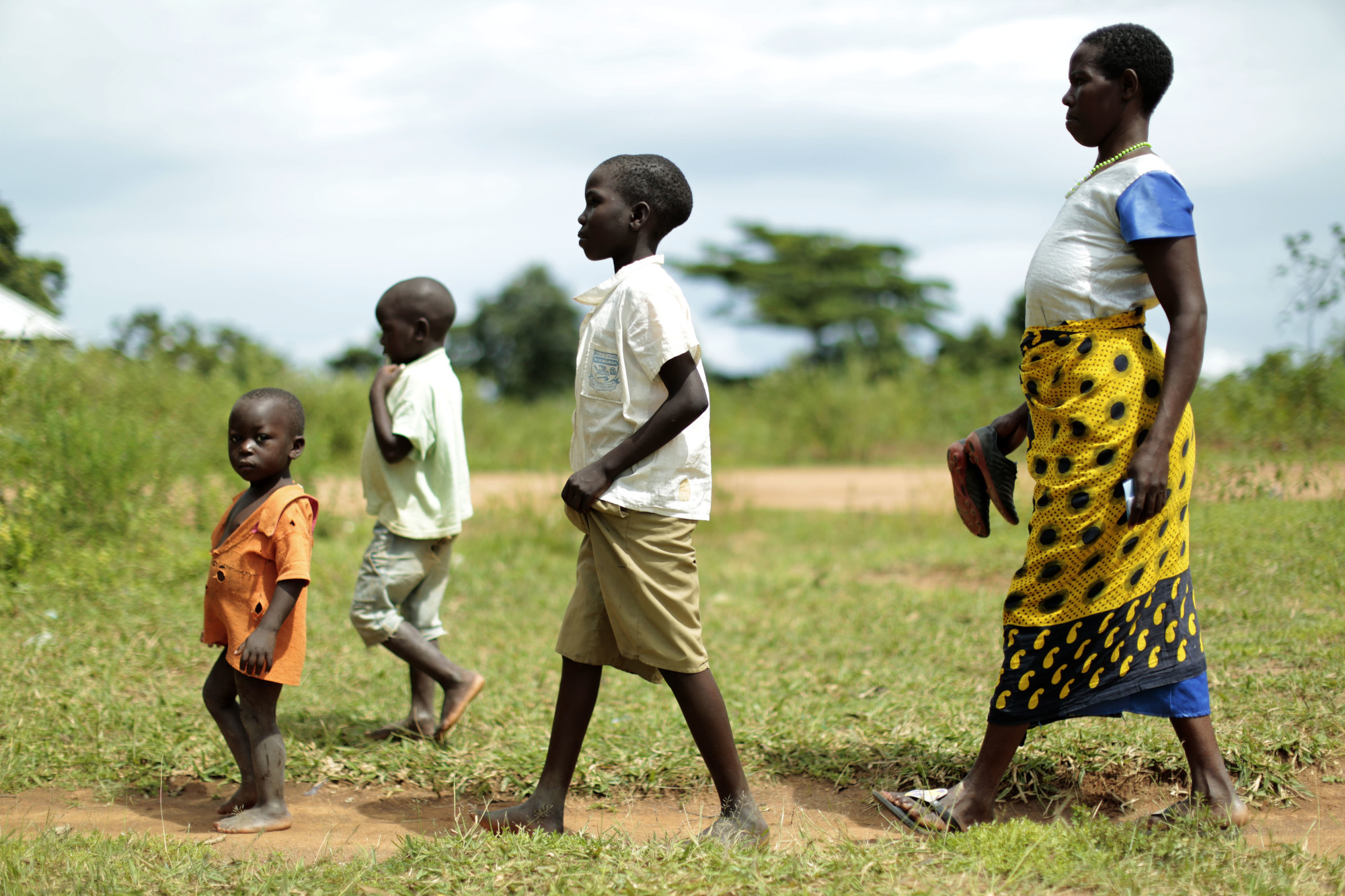 Prisca tells her neighbors they should take their sons in for VMMC to help them avoid HIV. Photo by Josh Estey for IntraHealth International.

They're working to prevent HIV in two of the country’s hardest-to-reach areas.

They are wives. Mothers. Frontline health workers. As advocates, decision-makers, educators, and providers, women in Tanzania are working to end the epidemic in their country.

So IntraHealth International is working with women at all levels through its ToharaPlus project  to help end the spread of HIV and reach the UNAIDS 90/90/90 goals, including through voluntary medical male circumcision (VMMC).

About 1.4 million Tanzanians are living with HIV. Adult prevalence is 4.7%, and among women it’s even higher at 5.8%. Since VMMC reduces men’s risk of acquiring HIV through heterosexual intercourse by around 60%, ToharaPlus is teaming up with the government of Tanzania to increase access to a comprehensive package of VMMC and HIV services in regions with high HIV prevalence and low circumcision rates.

Meet four of the women who are working to prevent HIV in two of the country’s hardest-to-reach areas—the islands of Ukerewe and Ukara in Lake Victoria. 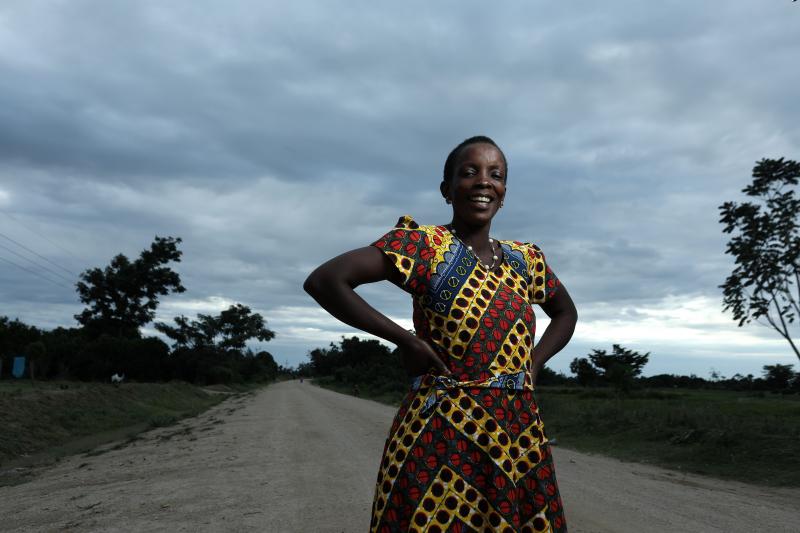 Nanzula Jagaja travels this road in her remote village, going house-to-house to provide education on HIV, TB, and VMMC. Photo by Josh Estey for IntraHealth International.

“I want everyone to be tested for HIV,” says Nanzula Jagaja, a community home-based care provider in Nansio, a remote village on Ukerewe Island.

For years Nanzula has been going house-to-house, making sure others in the village know about the risks and symptoms of HIV and tuberculosis and linking them to formal testing and treatment services.

Now she’s telling them about VMMC, too.

ToharaPlus is recruiting community health workers like Nanzula as VMMC educators and champions. A local partner on the project, the Tanzanian Youth Alliance (TAYOA), trained her to be a VMMC community sensitizer last year.

So when ToharaPlus hosted a VMMC campaign at Muluseni dispensary in March 2018, she told villagers about the package of services health workers there were offering—including HIV counseling and testing, screening and management for sexually transmitted infections (STIs), surgical circumcision, and, for clients who tested HIV-positive, referrals for additional care and treatment.

Thanks to efforts like hers, ToharaPlus provided circumcisions to 2,395 men and boys during the month-long campaign at Muluseni dispensary. 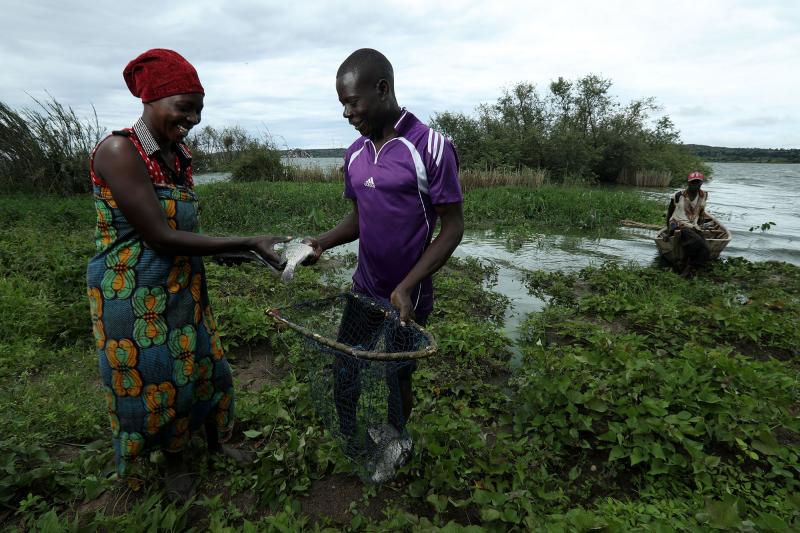 Khadija Butemi meets her husband, a fisherman, to get some fish for lunch. She and her husband are HIV-prevention and VMMC advocates in their community. Photo by Josh Estey for IntraHealth International.

Khadija Butemi, 21, was doing her morning chores when she heard an announcement on a loudspeaker (another outreach strategy) that ToharaPlus was running a four-week VMMC campaign.

Khadija immediately thought of her husband, a 22-year-old fisherman, down by the lake fishing.

The couple live with their young daughter in Nansio village, and VMMC isn’t routinely offered.

She walked a few meters to Muluseni dispensary, the campaign site, to find out more. She was surprised to hear about the benefits of VMMC, including that it can help prevent men from becoming infected with and passing on HIV and other STIs, especially one that can lead to cervical cancer.

When her husband got home, Khadija told him what she’d learned. They talked through the benefits and healing time and decided VMMC was right for their family.

“Since we got married, my husband and I discuss every matter before making any decision concerning our life,” she says.

Khadija’s husband opted to have the procedure during the campaign. They’re both happy with their choice. They’re now advocates for VMMC and tell their neighbors what their experience was like. 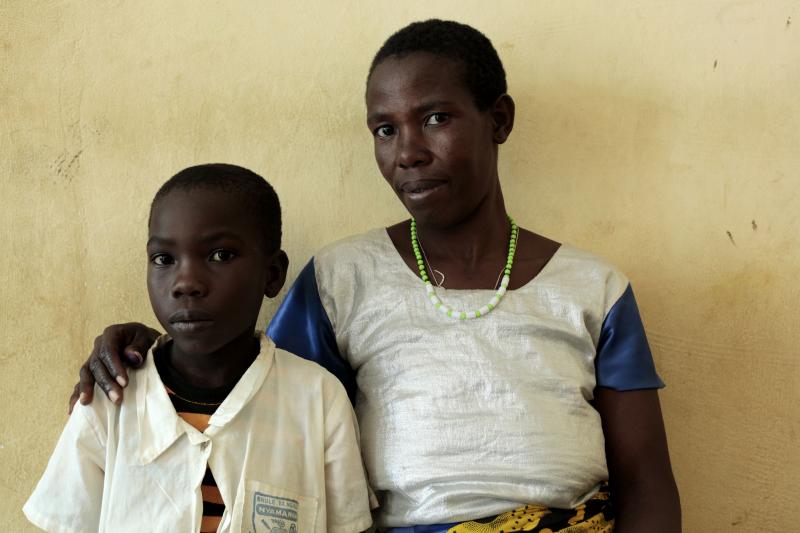 Prisca Mketa waits with her son at Nyamanga Dispensary after he had the VMMC procedure. She tells other mothers in her neighborhood about the benefits of VMMC. Photo by Josh Estey for IntraHealth International.

“The community health workers came to my home to tell me about the VMMC campaign," Prisca says. "I decided to bring in my ten-year-old son.”

Prisca Mketa lives on Ukara Island, an hour-long ferry ride from Ukerewe. Another ToharaPlus campaign was going on at Nyamanga Dispensary health facility—a five-minute walk from her house.

“They said VMMC helps reduce the risk of HIV, and there are many HIV-positive people in this area,” she says. “I want to make sure to protect my son.”

Prisca has four sons. “He’s the last born and last to be brought in for the procedure,” she says. “It feels good to have all boys circumcised.”

Prisca tells her neighbors they should take their sons in for VMMC to help avoid HIV and other STIs. 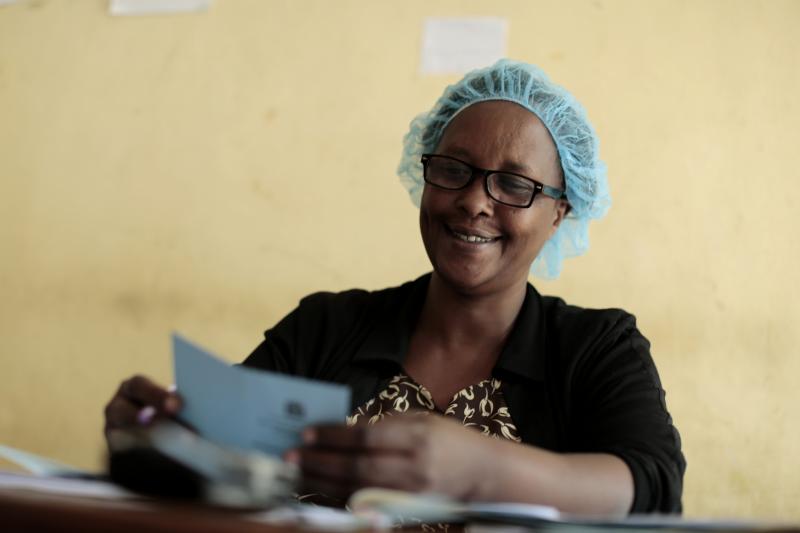 “Some men are not comfortable with a woman providing VMMC,” says nurse Beatrice Evarist Lubangura. “I counsel them and tell them I have the same training as a male provider.”

As part of a sustainable health worker task-shifting approach, the Ministry of Health, Community Development, Gender, Elderly and Children in Tanzania trained Beatrice to perform the surgery in 2014.

“Sometimes there are rumors that circumcision reduces desire for sex,” she says. To overcome myths like these, she conducts counseling before surgery, and stresses the importance of VMMC for protection against HIV and cervical cancer.

There are challenges though. Beatrice lives and normally works in Mwanza, the country’s second-largest city and a three-hour ferry ride away from the campaign site in Ukara. She and the other health professionals working the campaign sleep in the facility at night because there are no nearby hotels.

“Apart from having a low number of health centers, this area is far from any towns, and some health workers don’t agree to come here,” Beatrice says.

Since 2010, more than one million clients have received VMMC services from skilled health workers like Beatrice through IntraHealth-supported outreach campaigns and static sites at health facilities. During 2016–2018, ToharaPlus trained 283 health workers in VMMC, including 186 nurses, and pulls together teams of these trained health workers for its outreach campaigns. Ninety percent of VMMC clients (941,763) were tested for HIV and received their test results. Ninety percent of clients who tested positive (2,806) were successfully enrolled in care and treatment services.

Now Beatrice and other trained health workers will have the knowledge and skills to continue this type of HIV prevention work long after ToharaPlus ends.

IntraHealth is implementing the ToharaPlus project with funding from the US President’s Emergency Plan for AIDS Relief (PEPFAR) through the US Centers for Disease Control and Prevention (CDC). ToharaPlus focuses on HIV prevention by increasing the availability of voluntary medical male circumcision (VMMC) in Tanzania’s Lake Zone regions. IntraHealth collaborates with the Ministry of Health, Community Development, Gender, Elderly and Children (MoHCDEGC); the HIV Control Unit (NACP); the President’s Office - Regional Administration and Local Government (PORALG); and regional and district health committees to scale up high-quality VMMC services.