This Tanzanian Couple Plans Together, Dreams Together, and Fights HIV Transmission Together 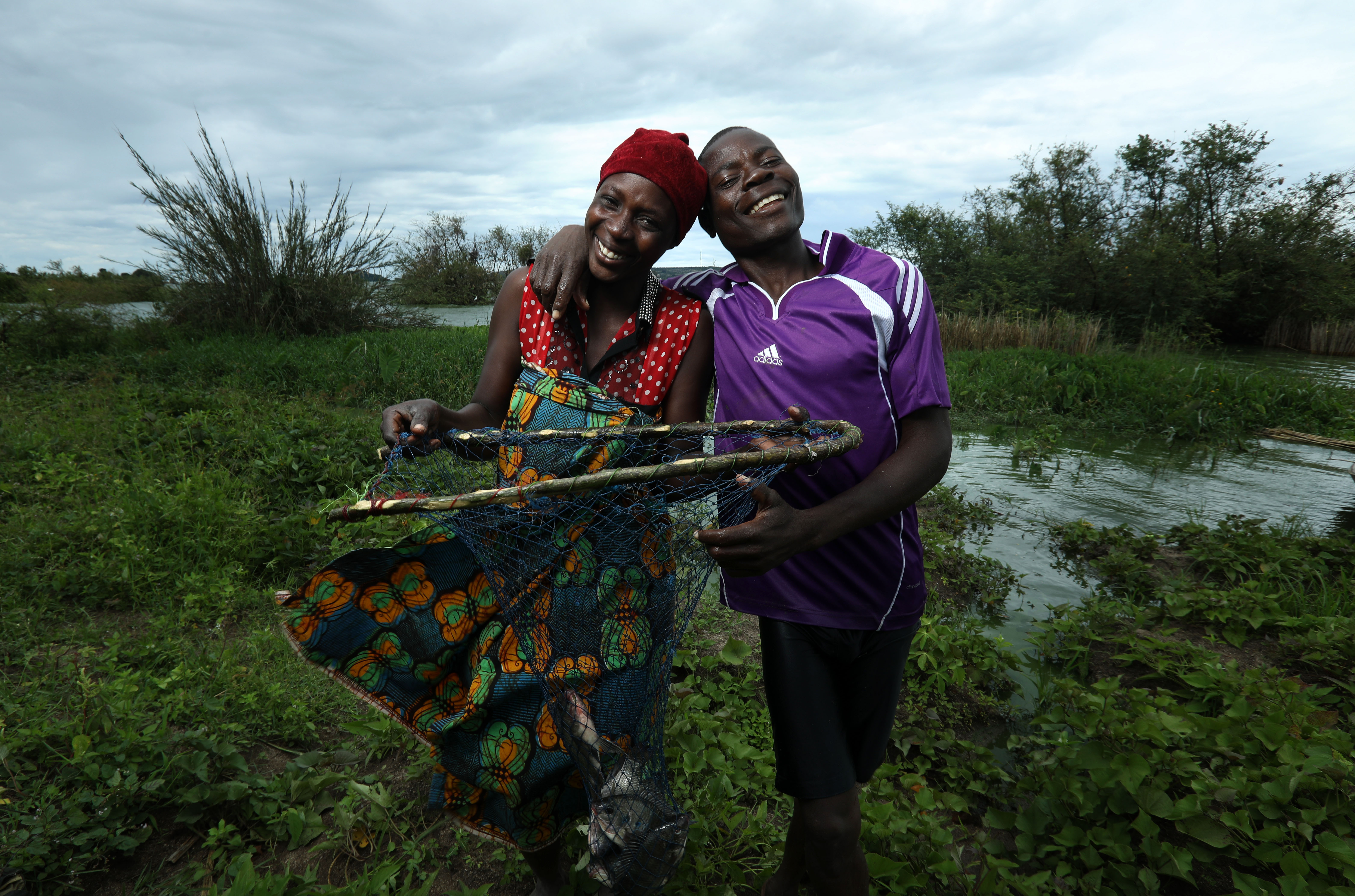 Khadija and her husband have become HIV-prevention advocates in their community. Photo by Josh Estey for IntraHealth International.

A simple procedure is lowering the risk for thousands of couples in Tanzania.

Twenty-one-year-old Khadija Butemi was doing her morning chores when she heard an announcement through a loudspeaker passing by on the nearby country road.

There was a campaign going on, it said, for men who wanted to undergo voluntary medical male circumcision (VMMC). She immediately thought of her husband, a 22-year-old fisherman, who was down by the lake fishing.

The couple lives with their two-year-old daughter in Nansio, a remote village on the island of Ukerewe, Tanzania. VMMC isn’t routinely offered in the area, and Khadija was surprised to hear about its benefits—including the fact that it reduces the risk of HIV and other sexually transmitted infections (STIs).

This hit close to home. For the past few years Khadija had been having pain and discomfort from intercourse. And she worried about HIV.

“During sex I was burning and frequently getting infections,” she says. She wondered if VMMC could help. “But I had to see if it was real.”

In Tanzania, about 1.4 million people live with HIV.

So she left her small brick house and walked to the nearby Muluseni dispensary, the site of the campaign, to find out more. The health workers there explained how VMMC can help improve a man’s cleanliness and reduce his risk of acquiring HIV through heterosexual intercourse and passing on HIV and other STIs, including one—human papillomavirus—that can eventually lead to cervical cancer in women.

“After that, I got more excited to meet my husband so that I could share the news,” Khadija says. 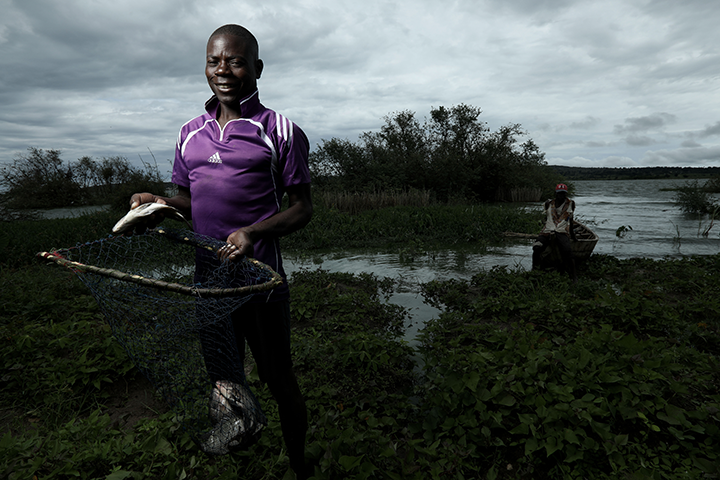 Khadija's husband fishes twice a day, in the morning and evening. IntraHealth’s ToharaPlus project focuses on young men—particularly fishermen and others who move a lot—for its HIV-prevention interventions. Photo by Josh Estey for IntraHealth. 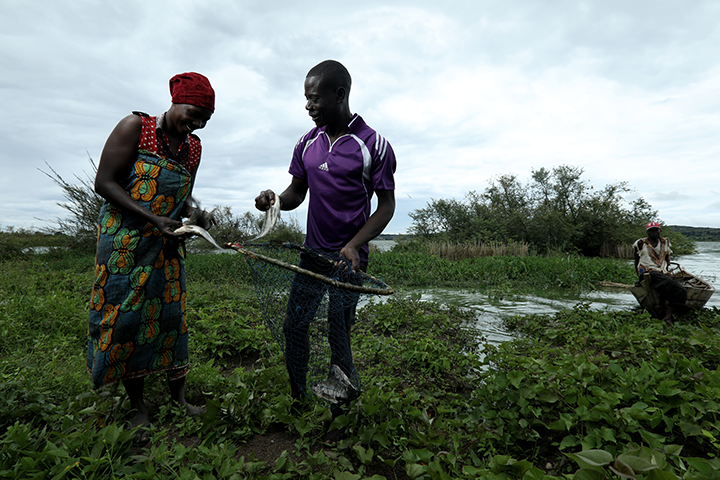 Khadija meets her husband at work to get some fish for lunch. This morning he caught seven, and sells a few at the lakeside for around 1,500–3,000 Tanzanian shillings each. Photo by Josh Estey for IntraHealth International. 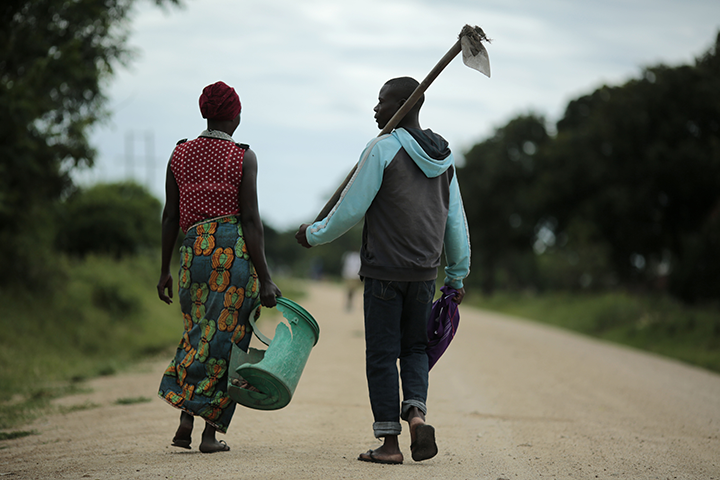 Their rural village, Nansio, is on the island of Ukerewe, Tanzania. The district's HIV infection rate is 3.5% among the general population. Photo by Josh Estey for IntraHealth International. 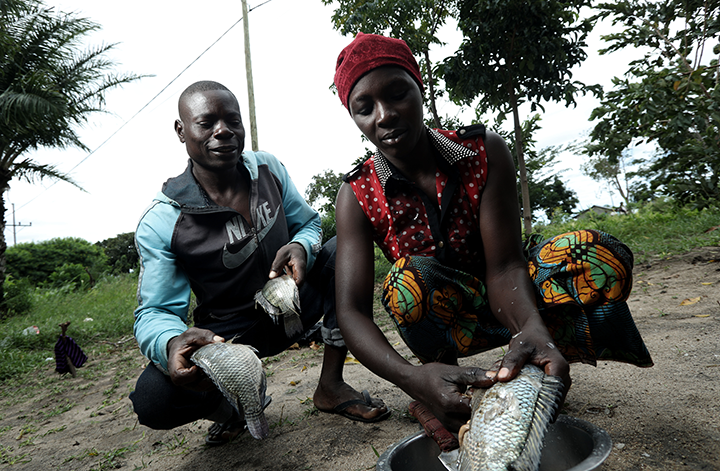 “Since we got married, my husband and I discuss every matter before making any decision concerning our life,” Khadija says. They talked through the benefits of VMMC and decided it was right for their family. Photo by Josh Estey for IntraHealth.

In Tanzania, about 1.4 million people live with HIV. The prevalence among adults is 4.7%, and even higher among women (5.8%). Since VMMC reduces men’s risk of acquiring HIV through heterosexual intercourse by about 60%, the government of Tanzania is offering it more widely as a critical HIV-prevention strategy.

IntraHealth International, through its PEPFAR/CDC-funded ToharaPlus project, is working with the government to expand access to VMMC services in the regions around Lake Victoria, which have high HIV prevalence and low circumcision rates. In Ukerewe, the district where Khadija lives, the infection rate is 3.5% among the general population.

The project uses public service announcements to educate community members and encourage men and boys to go for VMMC. ToharaPlus also uses other approaches to reach men ages 20 – 29—and specific high-risk groups like fishermen who travel and move around frequently—for the greatest impact in fighting HIV. These include workplace interventions, recruiting community leaders and community health workers as VMMC educators and champions, and hosting sports events.

ToharaPlus offered free VMMC services at the Muluseni dispensary and seven other sites in Ukerewe district during a four-week campaign in March 2018. The comprehensive VMMC package of services included HIV counseling and testing, STI screening and management, circumcision using the dorsal slit surgical method, condom promotion and distribution, follow-up, and, for clients who tested HIV-positive, referrals for additional care and treatment.

When Khadija’s husband got home from fishing, she told him about the campaign. They discussed the benefits of the procedure as well as the six-week healing time—and abstinence period—required.

“Since we got married, my husband and I discuss every matter before making any decision concerning our life,” Khadija says. For example, they agreed Khadija would use contraceptive injections until their daughter turns five, so they could avoid another pregnancy and both continue working until then. (Khadija is a small-scale farmer, growing sweet potatoes, maize, and beans.)

Khadija’s husband had the procedure on March 9, 2018. He followed the health workers’ instructions carefully to ensure he healed properly.

“I’m already seeing changes,” Khadija says. “Sex no longer hurts. It feels good to have sex compared to before.”

She and her husband are now advocates for VMMC in their community and share their experience with their neighbors. They’d both like to see the service scaled up. ToharaPlus will continue to do just that.

During the March campaign, ToharaPlus circumcised 2,395 men and boys at Muluseni dispensary alone. Another campaign in Nansio is planned for August.

At the International AIDS Conference this week? Check out our poster in Room E102 to see how we’re using geomapping to enhance equitable access to voluntary medical male circumcision for Tanzanians. And stop by booth 220 or come to one of our many sessions to learn more about IntraHealth’s work to end the epidemic in Tanzania and beyond.

IntraHealth is implementing the ToharaPlus project with funding from the US President’s Emergency Plan for AIDS Relief (PEPFAR) through the US Centers for Disease Control and Prevention (CDC). ToharaPlus focuses on HIV prevention by increasing the availability of voluntary medical male circumcision (VMMC) in Tanzania’s Lake Zone regions of Shinyanga, Geita, Mwanza, Mara, and Simiyu. IntraHealth collaborates with the Ministry of Health, Community Development, Gender, Elderly and Children (MoHCDEGC); the HIV Control Unit (NACP); the President’s Office - Regional Administration and Local Government (PORALG); and regional and district health committees to scale up high-quality VMMC services.