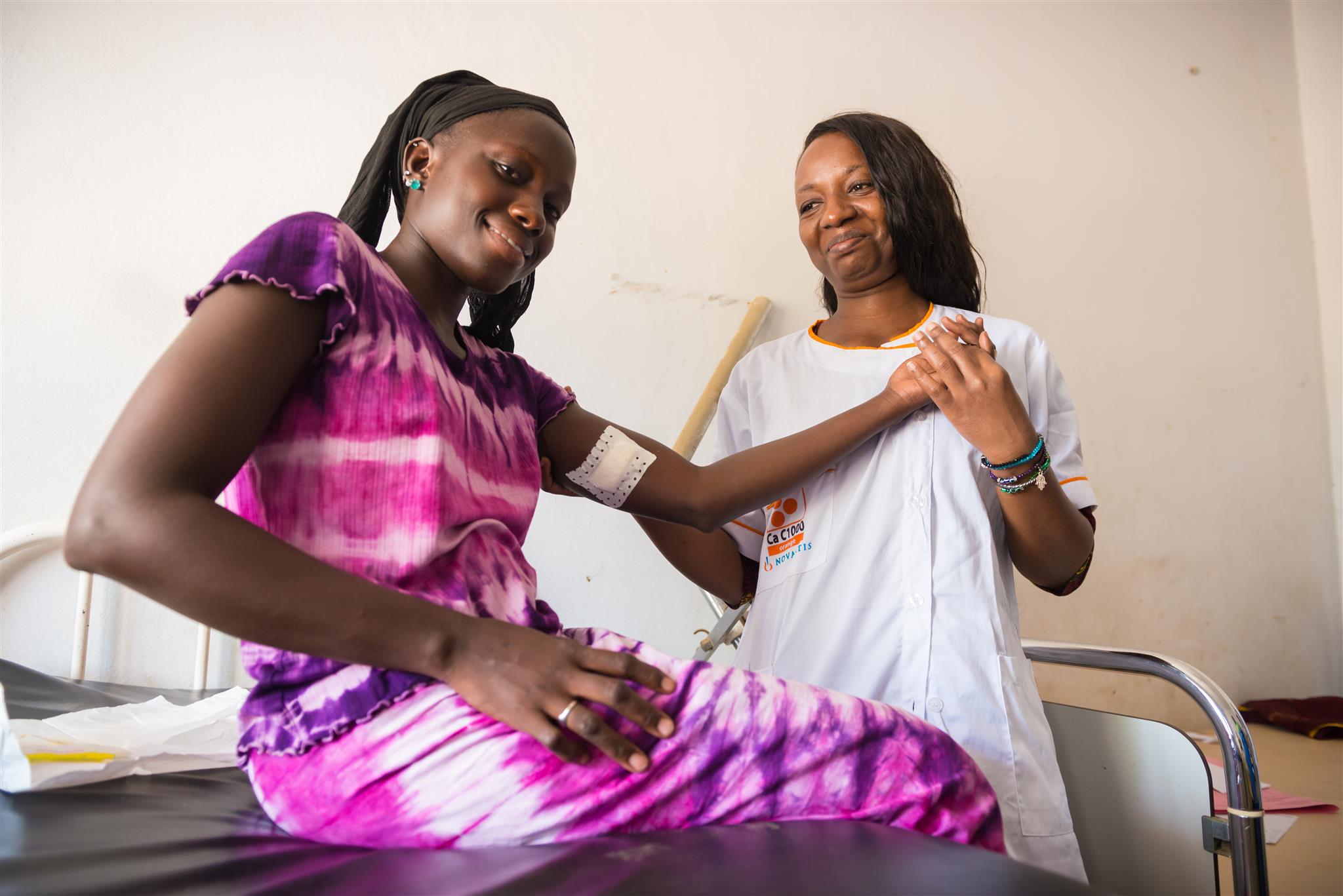 The modern contraceptive prevalence rate in Senegal has nearly doubled since 2010, in part because of the proliferation of contraceptive implants like the one this client requested. Photo by Clement Tardif for IntraHealth International.

On the road to universal access to family planning, what really gets results? And what's next?

The right of women and men to freely plan the number and spacing of their children continues to be a universally recognized human right. And voluntary family planning—with access to a wide range of contraceptive method options, competent service providers, and supportive health systems—is how women and men can exercise this right and protect their family’s health and well-being.

As we celebrate World Population Day 2018, let’s look at what the international community has achieved on the road to making universal access to family planning information, methods, and services a reality—and what new prospects are around the corner.

The number and proportion of people using modern methods of contraception (as measured by the contraceptive prevalence rate, or mCPR), has been rising rapidly in many low- and middle-income countries, especially in Africa, the region with the lowest levels of contraceptive use. And previously underserved groups, including poor women, women in rural areas, unmarried women, and youth, are gaining greater access to family planning services and using them more than ever.

These findings stood out in IntraHealth International’s 2018 analysis of family planning programming in 12 sub-Saharan African countries that comprise over 60% of the region’s population.

The main driver of these increases has been the contraceptive implant.

Leading the way in eastern and southern Africa were:

The main driver of these increases in mCPR has been the contraceptive implant. This provider-dependent method has many positive features, including that it is:

After it was introduced in the mid-1980s, the implant’s availability was long constrained by high commodity cost. Consequently, its use was lower than 1% in almost all countries and regions of the world.

Implants are now the most or second-most widely used method among married women in 10 of the 12 countries.

The game-changer was the public-private partnerships among donors, manufacturers, governments, and international agencies that were launched during and after the 2012 London Summit on Family Planning. These collaborative endeavors lowered commodity cost, increased availability, and resulted in savings on commodities alone of upward of $230 million.

As a result, implants are now the most or second-most widely used method among married women in 10 of the 12 countries we analyzed, and are the predominant driver of mCPR gains in 11 of the 12 countries. In Kenya today, 1 in every 5 married or in-union women relies on an implant to avoid an unintended/unwanted pregnancy. And in Burkina Faso, Ethiopia, Ghana, Kenya, Malawi, Senegal, and Uganda, implants account for a quarter to half of all their modern method use.

Unmarried women have also achieved sizeable gains in access and use. For example, 1 in every 3 sexually active unmarried women using modern contraception in Ethiopia relies on an implant, as does 1 in every 5 such women using modern contraception in Burkina Faso, Ghana, and Zimbabwe. Implant use has risen substantially and fairly equitably across almost all sociodemographic categories besides marital status—women in all five wealth quintiles, younger and older women, women of lower and higher parity, and women residing in rural as well as urban areas are all accessing implants at high levels.

A newer formulation of DMPA, the injectable contraceptive that is still the most widely used modern method in most low-income countries, is garnering increasing attention in family planning programs. This lower-dose, subcutaneously administered version, called DMPA-SC, has a short-needle, prefilled, single-dose formulation, which makes it easier for frontline workers to provide—and women can even administer it themselves at home.

This continues the evolutionary arc of success in task-shifting—that is, making family planning accessible to more clients by enabling more cadres of health workers to provide more methods and services. In the 1970s and 1980s, family planning was largely the domain of obstetrician-gynecologists and generalist doctors. But today, many of these services are provided by midwives, nurses, pharmacists, community health workers, and others.

For example, in Ethiopia over the past few years, over 1 million women accessed an implant from a trained community health extension worker.

Now the prospect of women being able to obtain and self-administer injectables, as they do with oral contraceptive pills and condoms, is becoming a reality in many African and Asian countries.

These are exciting developments—and much is at stake. If all unmet need for family planning could be met, maternal deaths would fall by 30%. And for every instance of maternal death, there are 20 instances of serious complications like obstetric fistula, which would also be reduced. Lifetime risk of maternal death is much higher in low- and middle-income countries. For example, this risk is 1 in 24 in Congo Democratic Republic and 1 in 8,800 in Canada.

And don’t forget, these figures are averages—the situation for poor and disadvantaged women is even worse.

So let’s celebrate the successes. But let’s also redouble our efforts to ensure that access to voluntary family planning services is indeed universal.