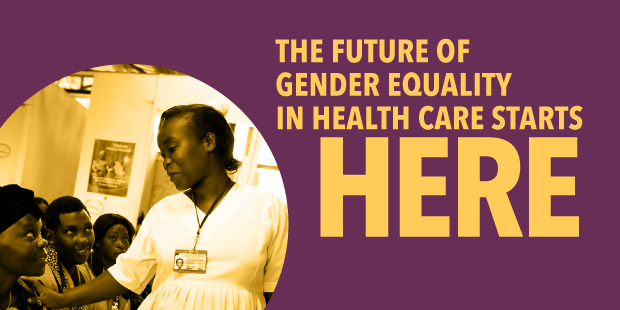 Because the future of gender equality in health care starts here.

One in three women and girls globally experiences physical or sexual violence in her lifetime. And women make up 70% of the entire health and social care workforce around the world.

There is zero doubt: Gender-based violence (GBV) is a health workforce issue.

Many health workers experience violence in their personal lives or in the workplace. They’re often the first to identify, treat, and refer GBV survivors who seek health care. In a major step this year, the International Labor Organization includes a standard on violence and harassment in the world of work for the first time in their new international labor standards.

Health workers face discrimination, abuse, and violence in training and on the job.

For 40 years, IntraHealth International has worked to address gender-based discrimination, violence, and barriers to health care. We must protect health workers from discrimination, abuse, and violence during their training and on the job so they can protect those in their care.

Here are a just a few ways we’re doing it.

In Uganda, 22% of women and 8% of men report experiencing sexual violence. According to the World Health Organization, one in every three women in Uganda has been beaten, coerced into sex, or abused in some way.

IntraHealth International’s Regional Health Integration to Enhance Services in Eastern Uganda (RHITES-E) activity brings women together in safe community spaces to tell their stories, learn where to find GBV-prevention services, and find out where to go for help in their communities. RHITES-E helps health facilities in Eastern Uganda deliver high-quality GBV screening and referral services.

And as word spreads, more and more women are tackling the stigma that surrounds sexual violence and participating in these conversations. 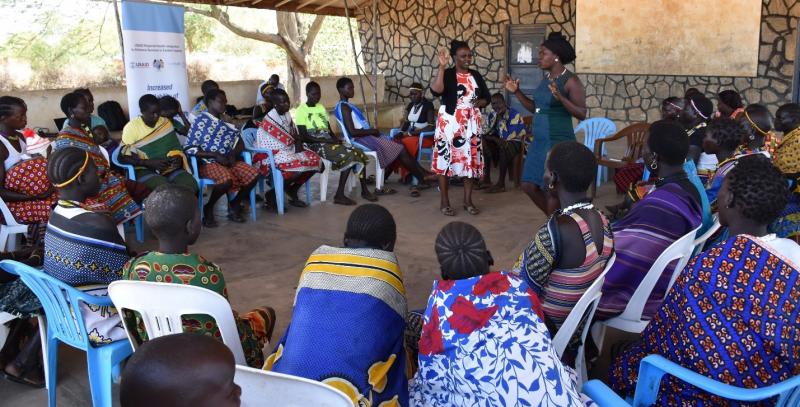 RHITES-E staff facilitate a group dialogue in Kotido, Karamoja, where they talk about GBV and more. RHITES-E focuses on young women and girls to ensure they receive appropriate health services. Photo by Irene Mirembe.

READ: In Uganda, One Teen Tackles the Stigma of Violence Against Women

The Ugandan Ministry of Health is also addressing gender discrimination and sexual harassment at the national level.

A 2016 Sexual Harassment Formative Assessment (SHFA), conducted by the Ministry of Health with assistance from IntraHealth International, surveyed 294 health workers from 10 districts and found that hostile behavior in the health workplace was normalized and rampant.

A similar report from 2012 found that 31% of women experienced quid pro quo sexual harassment perpetrated by men in positions of power. Women reported that refusing advances often led to hostility or retaliatory antagonism, such as not being selected for training, poor performance evaluations, and lack of promotions.

"You know you can touch a woman and get away with it. You cannot report to  police that so-and-so touched me, since even the police are some of the main perpetrators." - Key informant

In response, the Ugandan government worked with IntraHealth to develop and implement the Prevention and Response to Sexual Harassment Guidelines, which help health facilities at all levels prevent sexual harassment and improve working conditions, productivity, retention, and morale.

READ: Executive Summary of the Report on the Ministry of Health Sexual Harassment Formative Assessment in Uganda’s Public Health Sector

In 2018, the IntraHealth-led Neema project’s gender and workforce orientation for Senegal’s Ministry of Health and Social Affairs led to a roadmap for gender-transformative human resource management policies and a health worker code of conduct for the health sector.

The roadmap promotes women and girls and marginalized groups in the health workforce, integrates new policies that transform toxic underlying social structures and norms, and makes accessing contraception and other high-quality health services and products easier for female patients.

Now the Neema project is working with the government to study gender discrimination and harassment in the health workforce to inform new policies and a code of conduct for the health sector.

3. The feminists of Western Mali

In Mali, the women we work with are not only promoting their own rights in their communities, they’re educating their children—particularly their daughters—about what it means to grow up as women and how to take care of themselves as they do.

One all-female group in Kayes, Mali, called Nieta, is a multigenerational group of mothers and daughters who encourage hard conversations, whether about first periods, contraception, female genital mutilation, healthy relationships, or obstetric fistula. encourages open conversation and discussion. They talk to groups in their surrounding communities to educate women and urge them to keep the conversation going. 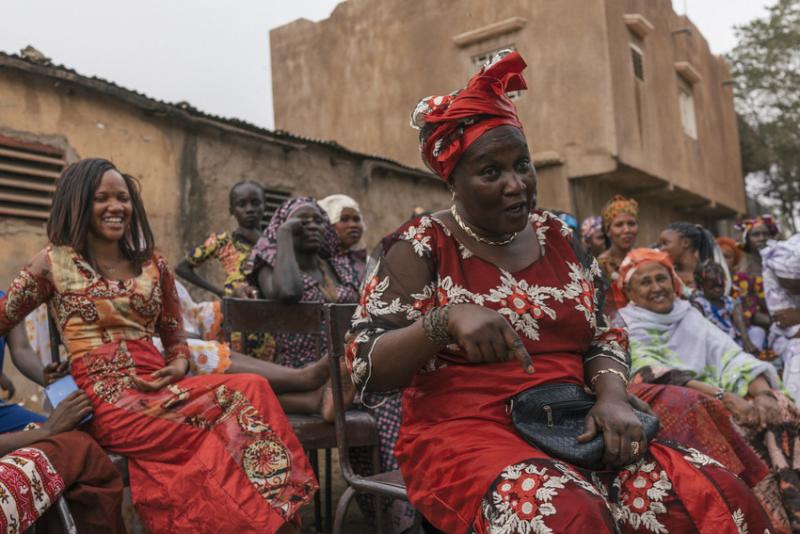 READ: 10 Years of Obstetric Fistula Care in Mali: A Case Study of Multisectoral, Holistic Treatment for Women and Girls

In many countries, nurses and midwives make up more than half the national health workforce. And most nurses are women. In fact, women make up 70% of the entire health and social care workforce around the world (though they hold only 25% of health system leadership roles).

Investing in the Power of Nurse Leadership: What Will It Take?—a report by IntraHealth, Nursing Now, and Johnson & Johnson—examines the gender-related barriers nurses face in rising to positions of leadership in their fields. Nurses often face violence and harassment at work and care for clients who face it at home.

Sometimes someone would say, ‘You know I hired you, therefore you owe me this.’

One nurse told us about how she used her influence as a nurse and minister to change things for women. “When I became a leader, I made policies on sexual harassment," she said. "Because I was coming into a situation, for example, right here, in the [a multilateral organization], where you have people who are really high up…where sometimes someone would say, ‘You know I hired you, therefore you owe me this.’ So I had to sit down and actually have a policy on sexual harassment, on cultural diversity, and all that…As a result, my region got to be the only region where was less bullying, there were less cases of harassment, whether sexual or power.”

“It’s essential that the direct perspectives of nurses on issues of gender equality and leadership inform the global agenda on nursing and universal health coverage,” says Constance Newman, global technical lead for gender equality and health at IntraHealth and principal investigator. “That’s why we conducted this research.”

READ: Investing in the Power of Nurse Leadership: What Will It Take?

The 16 Days of Activism—November 25 ­– December 10, 2019—support a sectorwide code of conduct to protect workers from sexual abuse, violence, and discrimination in the workplace. It calls to ratify the International Labor Organization’s new labor standard, which is to protect workers against gender-based violence at work.

IntraHealth International’s Regional Health Integration to Enhance Services in Eastern Uganda (RHITES-E), Neema project, and Capacity Building for Fistula Treatment and Prevention in Mali are funded by the US Agency for International Development (USAID). The report, Investing in the Power of Nurse Leadership, is a product of a research collaboration among IntraHealth, Nursing Now, and Johnson & Johnson.