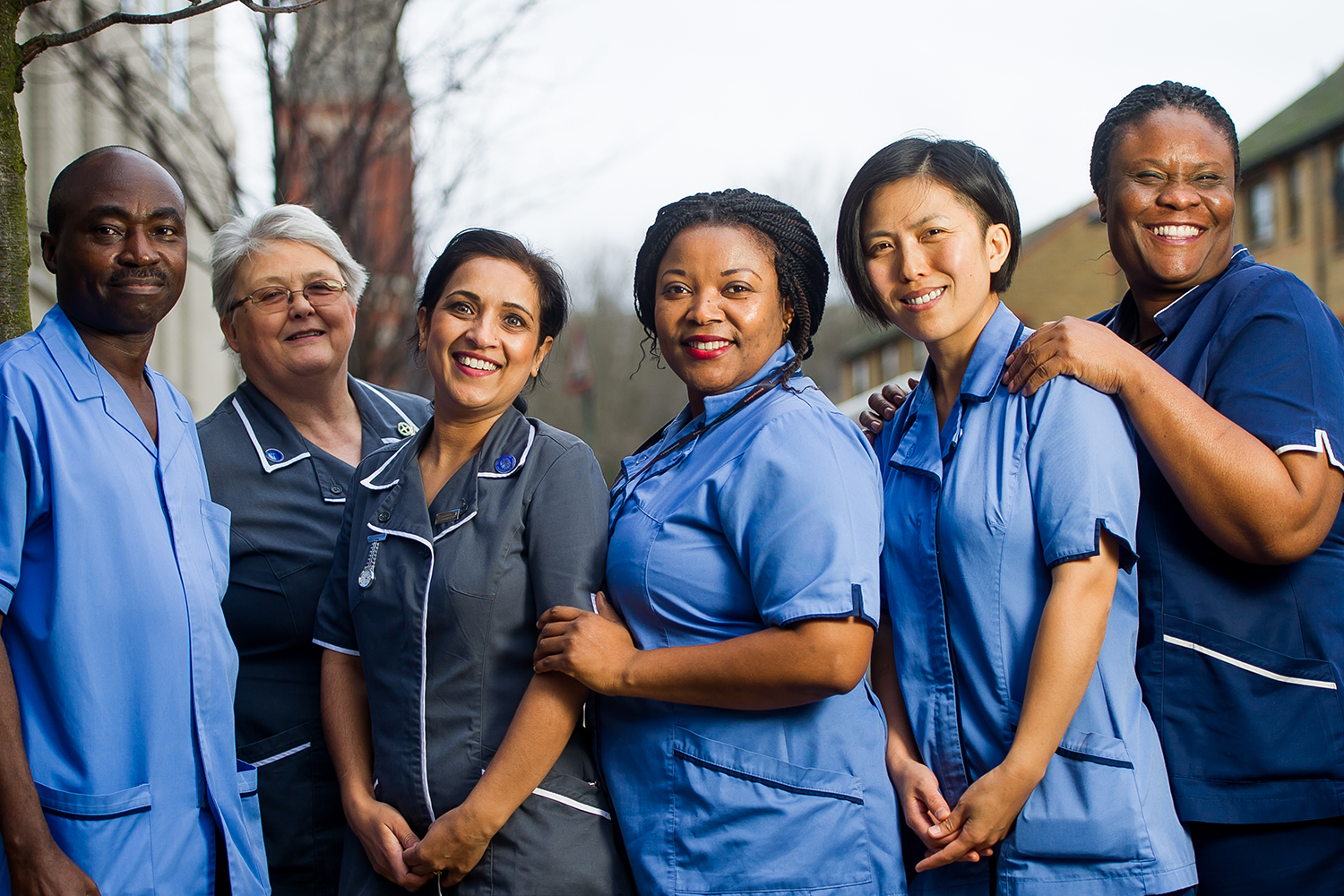 A new report brings together the voices of more than 2,500 nurses and nurse-midwives from 117 different countries on the topic of gender and leadership.

A report released today on nursing leadership suggests that discrimination, bias and stereotyping inhibit opportunities for female nurses to develop skills, perpetuate the gender pay gap and result in unequal treatment in the health workforce between women and men around the world. The report is a product of a research collaboration among IntraHealth International, Nursing Now and Johnson & Johnson.

According to the report, women make up 70% of the total health and social care workforce yet comprise only 25% of health system leadership roles.

“There is massive potential for health and economic returns when you invest in the health workforce—and particularly nurses,” says Barbara Stillwell, executive director of Nursing Now. “But gender-related barriers are still preventing us from fully unlocking this potential. Nurses and midwives are vital to achieving the Sustainable Development Goals on health, gender equality, decent work and poverty alleviation, yet we hear over and over from nurses that they are being held back as leaders.”

The report reflects a wide, global response of nurses’ voices on gender barriers to leadership. The findings and recommendations were drawn from a survey of 2,537 nurses and nurse-midwives from 117 countries as well as a literature review and eight key informant interviews. Authors found that when they asked nurses what it would take to make them interested in higher-level nursing jobs, the top responses were:

The World Health Organization (WHO) projects a shortfall of 18 million health workers by 2030, primarily in low- and middle-income countries, and estimates that nurses and midwives represent 50% of this projected shortage. Addressing challenges to women entering, remaining and thriving in nursing and midwifery is essential to achieving the goal of universal health coverage. During the 72nd World Health Assembly last month in Geneva, Switzerland, the WHO member states declared 2020 the Year of the Nurse and the Midwife. WHO is also leading a new report on the State of the World’s Nursing to be released in 2020.

It’s essential that the direct perspectives of nurses on issues of gender equality and leadership inform the global agenda on nursing and universal health coverage.

“It’s essential that the direct perspectives of nurses on issues of gender equality and leadership inform the global agenda on nursing and universal health coverage,” says Constance Newman, senior team leader for gender equality and health at IntraHealth and principal investigator. “That’s why we conducted this research, to better understand and aggregate the extent to and ways in which nurses experience gender barriers as impediments to leadership, so they can be addressed by global, national and institutional policymakers.”

Key research findings from the report include:

"The voices of the many nurses who contributed to this report must be heard by governments and health care leaders around the world. Nurses can be the answer to so many of the world's health problems—but only if there are serious, sustained efforts to remove the obstacles that are routinely put in their way,” says Annette Kennedy, president of the International Council of Nurses. “Give them a level playing field, remove the glass ceiling and abandon any notions of “women's work” and nurses will change the world.”

It is time for us to develop enabling and supportive systems that allow nurses to reach their potential.

The report calls for transforming policy and regulatory environments and health professional education systems as well as increasing investments in nurse education and leadership development. It offers recommendations for policymakers and implementers to strengthen nursing leadership and gender equality in the global nursing workforce, including how to:

“Despite the incredible impact nurses are making every day, as a society, we have failed to both recognize them the way they deserve and give them the power to lead,” says Lauren Moore, vice president of global community impact at Johnson & Johnson. “It is time for us to develop enabling and supportive systems that allow nurses to reach their potential.”

The report was authored by Constance Newman of IntraHealth, Barbara Stilwell of Nursing Now Global, Samantha Rick of IntraHealth, and Katia Peterson of In Situ Research, LLC.