In Tanzania, 22.8% of Teen Girls Are Mothers 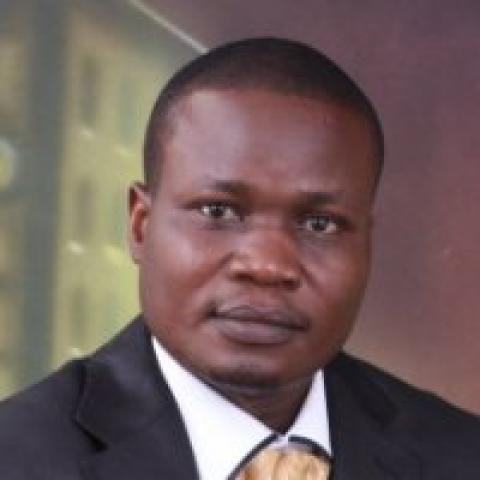 When 17-year-old Tausi needed contraception, she avoided the female relative she lives with in rural Bariadi Township in Tanzania. Instead, she confided in a neighbor, who put her in touch with a nurse. Tausi had a lengthy consultation on her first visit, but her subsequent calls to the nurse were shorter—a rushed and hushed collection of the pills and then a hasty dash home before her relative, who is a nurse as well, could become suspicious of her unexplained absences. Not many young people are as bold as Tausi.

In Tanzania, less than one in 10 (9%) of sexually active youth who want to avoid pregnancy use modern contraceptives. Worryingly, 22.8% of young women between the ages of 15 and 19 are mothers, according to the latest available government data from the Tanzania Demographic and Health Survey 2010. Tanzanian women, the survey shows, have an average of 5.4 children each.

The term "family planning" doesn't resonate with young people because they are not yet ready to start families.

Early childbearing and high rates of fertility put stress on the health and education systems, on the availability of food and clean water, and on natural resources, according to the country's National Family Planning Costed Implementation Plan. This may upend economic growth. Tanzania has committed to Family Planning 2020 (FP2020), a program that grew out of the 2012 London Summit on Family Planning, to ensure that, in line with the United Nations secretary general's global strategy for women, children, and adolescent health, all women have access to contraceptives by 2020. It's needed: 47% of Tanzania's population is 15 years or younger. In Tanzania, family planning has been synonymous with child spacing for married men and women, as typified by posters and brochures featuring monogamous couples with their three distinctly spaced children.  But the term "family planning" doesn't resonate with young people because they are not yet ready to start families. As a result, the global health workers' advocacy and support group, IntraHealth International, has even started referring to it as "future planning."

Communication about family planning is a potpourri of media messages and traditional taboos, which is often confusing to teenagers. Family planning information targeting youth is scant in the media and prominent religious voices tend to denounce contraception for young men and women. And youth-friendly services lack environments that provide privacy.

Although Tanzania has a generally verbal culture, a 2012 study in rural Mtwara, published in the Pan African Medical Journal, found that most young girls aged 10 to 18 do not have places to talk about relationships, sex, contraception, or sexually transmitted infections and diseases such as HIV. Yet nearly every girl in the study became sexually active between the ages of nine and 12. But under the FP2020 program, there has been a marked shift.

On-the-ground organizations with experience in youth-focused programs have been called to partner with the government. Restless Development, a youth-led development agency, is implementing family planning peer education and connecting young girls to health facilities for sexual health services. It is still too early to evaluate the program, but the increasing number of youth who visit health facilities in areas covered by the youth-branded messaging is encouraging.

In Tanzania, 6,740 health workers have been trained to deliver different methods of pregnancy prevention since 2010.

Optimism is justifiable. With increased budgets, awareness campaigns have reached further and outreach family planning services have been introduced in rural areas. The health nonprofit organization Population Services International (PSI/Tanzania) has extended outreach services to women and girls in previously unreached rural areas. Both long-term and short-term methods of pregnancy prevention are provided.The national family planning program, which includes Tanzania's FP2020 country plan, has a training scheme and a budget to create a skilled health workforce and to ensure supplies are consistently available. Most effective contraceptive methods—including hormonal implants and intrauterine devices—require contact with a health worker. Young people have to have access to these services and health workers have to be trained and willing to provide them.

Ministry of Health records show that 6,740 health workers have been trained in delivering different methods of pregnancy prevention since 2010. Last year the government invited IntraHealth International to take the lead in building capacity in the public health sector through training, supervision, and mentorship for health workers. Its 10-day classes focus on modern long-term and short-term family planning methods.

Previously, family planning and HIV were programmed separately. This counterproductive strategy has now been reversed, but much still needs to be done. Despite almost half the country being under the age of 15, only 13% of Tanzania's family planning budget goes to activities related to the youth.

When young people such as Tausi cannot get contraceptives, they risk more than unwanted pregnancies—they plunge unprotected into the perilous pool of other sexual health risks, including HIV. Programs need to reach young people with contraceptives and other reproductive health services before they put themselves at risk.

Tausi's boldness got her through an informational roadblock. For her and her peers, asking an adult about avoiding pregnancy is like holding up a banner emblazoned: I'm having sex habitually. "Much as they know you are 'grown up' they seem unprepared to handle the fact," she says.

Asked to prioritize the features of youth-friendly services, adolescents rated confidentiality, low costs, short waiting times, and friendly staff as the most important characteristics. Under the new commitments, the use of contraceptives nationally has to reach 60% by 2020; this would require a 5.1% annual growth. For Tausi and nearly half the population of Tanzania who may become parents prematurely, what matters is access to acceptable, affordable, and sustainable services provided through efficient, effective support systems.

Without a revision, we risk prioritizing adults at the expense of youth, which undercuts any gains.

This post was originally published by the Mail & Guardian's Bhekisisa Centre for Health Journalism.