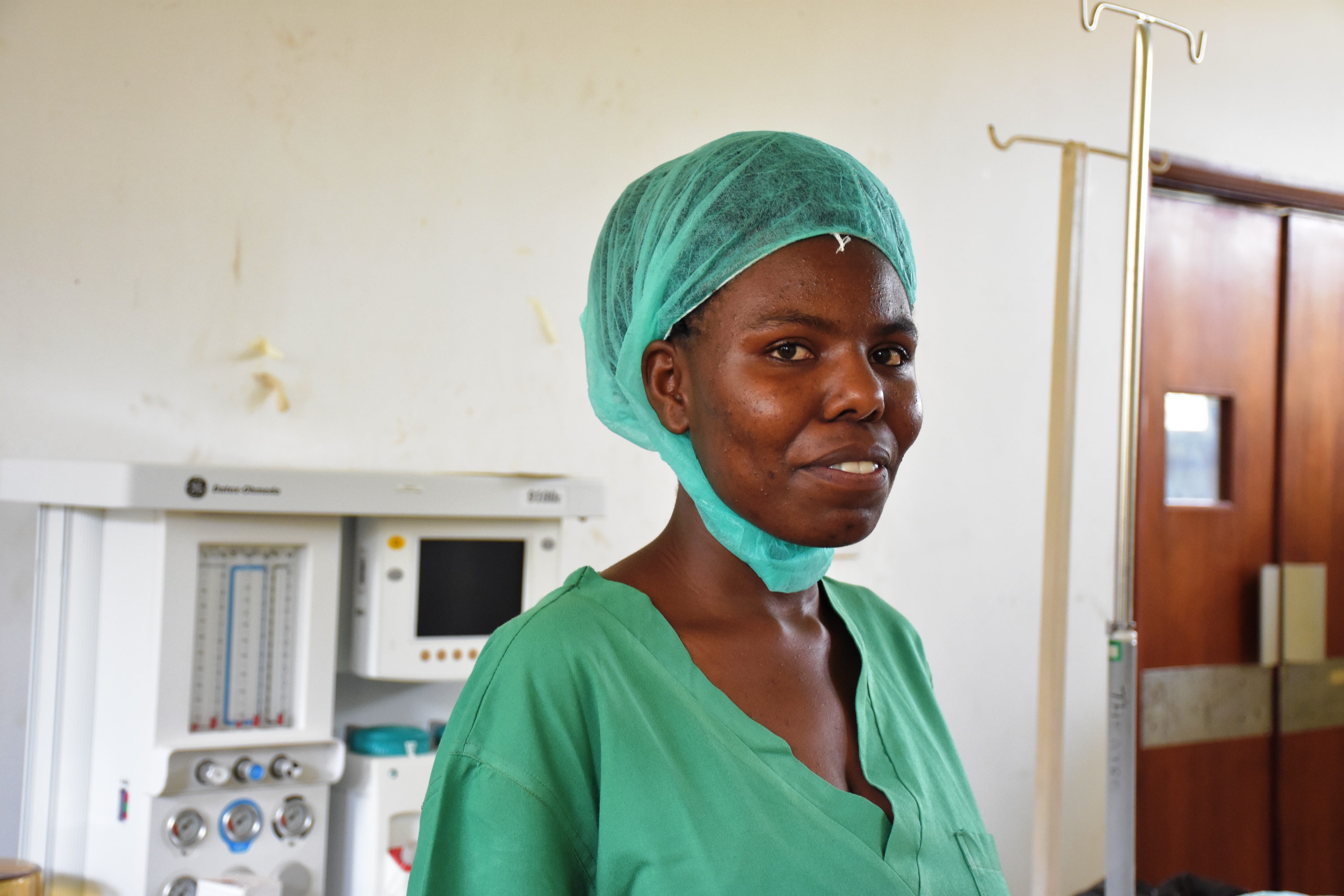 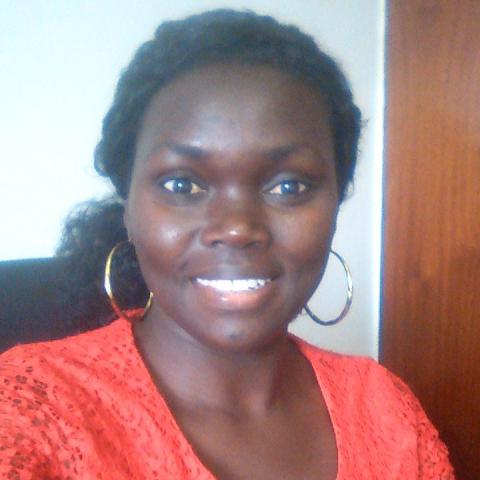 The sight of serene hills stretching into the horizon calmed my nerves as we snaked our way through steep and narrow dirt roads deep in Buhweju district, in South Western Uganda, 319 kilometers from the capital, Kampala.

Suddenly, it dawned on me why this district is considered “hard to reach” as I imagined what it would be like to traverse the same ground during a rainstorm or at night.

It’s here that I meet Janet Alupo, 20, an operating theatre assistant at Nsika Health Center IV who plans to take this same journey—plus an additional 332 kilometers—every three months to visit her family in Kobwin, a small village in the far eastern district of Ngora. Janet is one of 33 health workers recently recruited to serve and improve health care delivery in Buhweju, which has a population of 137,000.

For a long time, the only operating theatre serving the whole district had been nonfunctional, as there was no one to run it.

Although Janet has to brave the long distance to her workplace, she is honored and excited to offer surgical services to the community. For a long time, the only operating theatre serving the whole district had been nonfunctional, as there was no one to run it—no theatre assistants, anesthetic officers, or doctors.

Janet started just two months ago. “I have already overseen five caesarians and managed over 60 cases through outreach services in the community,” she says with satisfaction. She counts herself lucky to have a job so soon after finishing her training at Elgon International Health Institute in Mbale.

Since 2015, IntraHealth International, through its USAID-funded Strengthening Human Resources for Health (SHRH) Activity, has worked with Uganda’s government through the Ministry of Health and local governments, like Buhweju district, to recruit 2,169 health workers nationally and also implement recruitment and retention strategies to improve health care delivery in hard-to-reach areas.

A visit to Buhweju

Unlike in other districts, there is no government hospital in Buhweju. So we visited Nsika—the only Health Center IV serving the whole district.

We were received by Kenema Jacenta, the only clinical officer there. She is happy and relieved about the six new recruits at her facility. In addition to Janet, they include an operating theatre nurse, a doctor, a psychiatric nurse, and two nursing officers.

At the time of our visit, the recruits were being inducted at the district headquarters.

“We have not had a doctor since I came two years ago, and now with this boost of the new team, our services have greatly improved, because our theatre is now fully functional,” Kanema says. In the past, they could only assess patients and had to refer emergency cases to Mbarara Regional Referral Hospital 70 kilometers away.

A level-four health center is actually supposed to have three clinical officers. Still, Jacenta—who sees 60-70 patients daily—is relieved that her workload will significantly decrease with the new staff.

As in many hard-to-reach districts, attracting and recruiting critical cadres that are in short supply is a tall order. Although Buhweju district increased staffing levels from 46% in 2015 to 60.4% in 2017, the district is still struggling to attract and recruit an anesthetic officer, for example. This means that the recently recruited doctor at Buhweju cannot conduct the major surgeries that require the services of an experienced anesthetic officer.

Only elective caesarian sections are done at the health center with the help of an anesthetist who is borrowed from the nearby Kampala International University branch in Ishaka district. Unfortunately, emergency patients have to bear the risks, transportation costs, and inconvenience of being referred faraway to Mbarara.

Wycliffe Turyasingura, the district health officer, says that they have been searching for an anesthetic officer but with no success.

“We advertised four times and have failed,” he says. “And we have now resorted to head hunting.”

But he remains optimistic. New recruitment approaches enabled the district to recently attract a medical officer, and he hopes they’ll help with this recruitment as well.

Local approaches—a lot of them

Buhweju has only 122 health workers serving its 17 health facilities, with a staffing level of 60.4%. The ministry recommends a minimum staffing norm of 75%, so despite its efforts, Buhweju still has a huge staffing gap.

To reach this seemingly unattainable target, IntraHealth has worked with 48 districts, including 24 hard-to-reach districts with staffing levels below 62%, to develop recruitment and retention plans that include new approaches and innovations to attract, recruit, retain, and motivate health workers. In Buhweju, these include:

677 health workers from across the country were recently inducted.

Proper induction equips new employees with the basic principles necessary for performing tasks and ensures they have clear roles and performance expectations. Staff are inducted using 15 modules developed by the SHRH Activity as part of the onboarding process.

At Buhweju, ten staff members were rewarded, 32 were inducted, and five were permitted to go on study-leave.

With this combination of local initiatives and approaches, it is no wonder Buhweju has become a retention Center of Excellence for other districts to learn from.

As we ended our journey, I couldn’t help but think of the sacrifices health workers like Janet make to serve communities, especially in hard-to-reach areas—which some jokingly refer to as “hard-to-reach, live, work, and leave”.

Buhweju should be proud of its staffing level increase and innovative retention strategies. But the district’s desperate search for a permanent anesthetic officer continues. 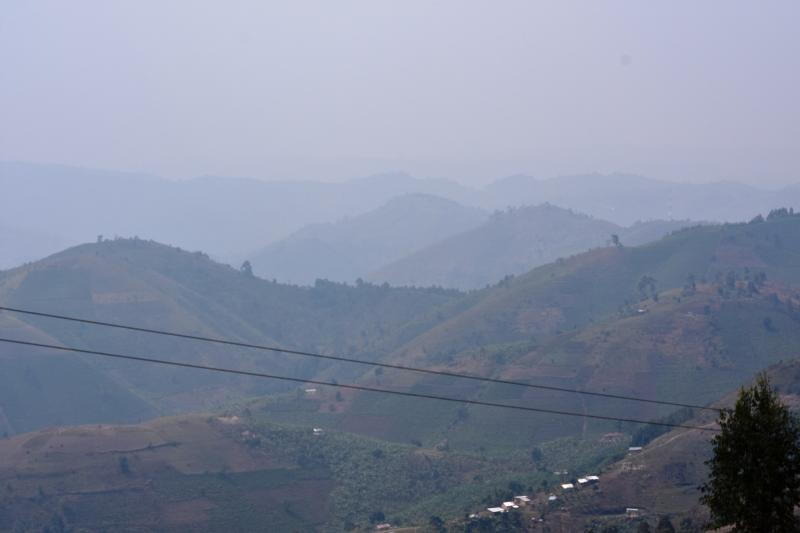 Buhweju district is a hard-to-reach area with inaccessible steep hills and limited means of transport. 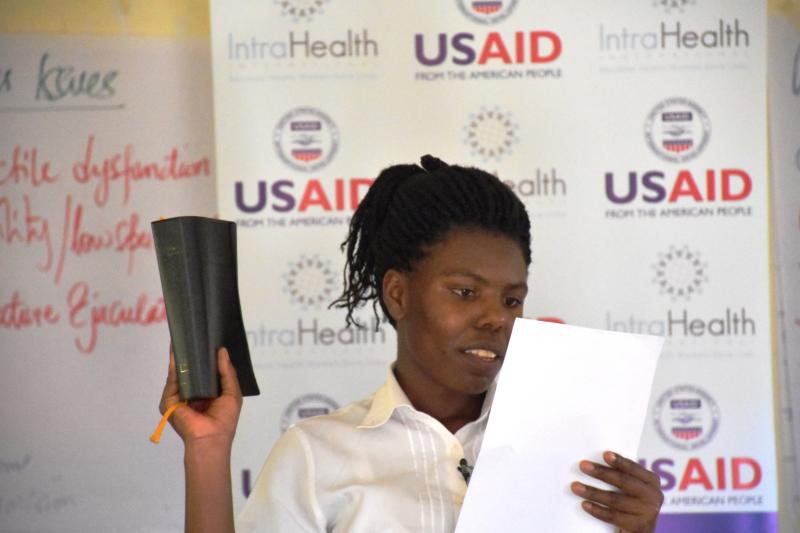 Janet Alupo takes oath of service after induction at the Buhweju district headquarters before the chief administrative officer.