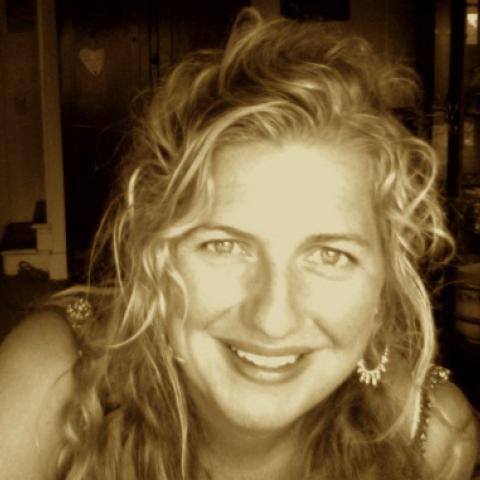 This is an excerpted version of this blog, originally published by OpenSource.com.

Last Friday, I was in Washington, D.C., for Tech@State’s Open Source Conference. Tech@State is an inspiring step by the State Department, connecting technologists to targeted goals of the U.S. diplomacy and development agenda via networking events as part of Secretary Clinton's 21st  Century Statecraft initiative. Tech@State connects leaders, innovators, government personnel, and others to work together on technology solutions to improve the education, health, and welfare of the world's population. To date it has held events on Haiti, Mobile Money, and Civil Society 2.0.

It was my second visit to the United States Department of State. The first time I visited was to attend TED@State, a first-of-its-kind conference bringing great ideas from TEDTalks (this was pre TEDx) to Washington. This time, like the last, I found it was loud; it was timely; and it was not your parents’ State Department. There seemed to be equal excitement on the part of the State Department staff, the organizers, the speakers, and the audience, all aware that this was a new kind of hybrid, maybe a new kind of government, and a time for more cross-cutting collaboration and engagement around innovative and impactful ideas, partnerships, and initiatives.

Tech@State Open Source was designed to convene those with an interest in government’s use of Open Source technologies and those envisioning an “Open Source future” supporting improvements to the world’s information infrastructure. The conference kicked off with key U.S. government technologists including:

I spoke on the "Open Source Architectures for Health" panel representing the IntraHealth OPEN initiative and OPEN Council, which is made up of key agents in global health, technology and ICT (Information and Communication Technologies) for Development, or ICT4D. IntraHealth Open is a movement promoting technological fluency, local capacity, and innovation in Open Source and mobile systems for health in the developing world. Working in concert with so many leaders in the field, we are able to encourage collaboration, make the most of competition, and apply the latest advances and best practices in the field. We tailor solutions to respond to critical needs.

The IntraHealth Open goal is to make health systems stronger, make health workers’ jobs easier, and to improve health outcomes using technology and systems that can be customized to meet local needs, building systems that are sustainable, versatile, and scalable. We use Open Source-based applications because in our experience they facilitate local capacity building; allow for easier and more frequent customization, sharing, and remixing; and keep more investment in local markets.

Luckily these goals, and sometimes the bases of the tools, are shared by many people working in ICT4D across many areas of development including health, education, agriculture, mapping, data collection and visualization, and crisis response. Tech@State did a great job of inviting in specialists from many of these areas to come and share their experiences.

Many of our OPEN Council members were attending or presenting as part of the program including Deb Bryant of Open Source Lab; Aman Bhandari of HHS; Eric Gunderson of Development Seed; Matt Berg of The Earth Institute; Jon Gosier of Appfrica, Swift River, and Ushahidi; Michael Downey of OpenMRS. All of them are key players in Open Source ICT4D. Also in attendance were respected colleagues like CrisisCamp/Crisis Commons/Crisis Mappers’ Heather Blanchard; open government activist Dave Eaves; Wayan Vota, Inveneo director; James Bontempo, Jhpiego’s learning technology advisor; Deborah Estrin of UCLA; David Haddad of the mHealth Alliance; Will Schmidt, open innovations advisor for USAID’s Office of Science and Technology; and Kaushal Jhalla, technologist and World Bank blogger. These people and many others are at the cutting edge of Open Source technology creating scalable solutions and systems. The field is growing and getting more diverse.

Todd Huffman—chief scientist, proponent and the driving force behind Sofcoast's efforts to embrace Open Source and creative openness—spoke about his very popular Beer for Data program in Afghanistan. Mari Kuraishi, president and co-founder of GlobalGiving, and former manager of some of the bank's most innovative projects (including the first ever Innovation and Development Marketplaces), moderated a panel on “ Open Models for Social Change: Changing philosophies about development and aid” and is a major proponent of Open Source solutions.

It was especially powerful to have Habib Haddad speaking on the very day Mubarak stepped down. Haddad is a tech entrepreneur, founder of Yamli.com, a startup focused on empowering the Arabic language on the web. He is founder and CEO of YallaStartup, an organization focused on early stage entrepreneurship in the MENA region. Most recently he co-created Alive in Egypt, an effort to crowdsource transcriptions and translations of voice tweets coming from Egypt. His panel brought home the power and the potential of Open Source like no other.

This kind of gathering is what I like to see happening in government, and I hope it continues.

To wrap it up, here are a few of my favorite quotes in tweet form from Tech@State:

COVID-19: Looking for Helpers in the Medical Hardware Community

These 10 Trends will Define Digital Health in the Next Decade