One is a British mobile phone guru who has become a storyteller of "reluctant innovators," propelling some of the most exciting social innovations outside the traditional development system.

Another is an architectural wunderkind from Togo in West Africa who leads a team that recycles old plastic bags into building materials.

The three are very different but have at least two things in common: First, they are hellbent on changing the world. Second, they are converging on the tiny former mill town of Saxapahaw, North Carolina, later this month to share their distinctive world views with hundreds of other global thinkers and doers.

There are probably more people working to make the world a better place than at any other time in human history.

They will be in Saxapahaw April 24-25 for the third annual SwitchPoint conference, a global confabulation organized by IntraHealth International, which brings together the brightest thinkers and entrepreneurs to create new partnerships and brainstorm on finding solutions to pressing issues. SwitchPoint's style is part TED talk, part World Economic Forum set in the down-home, high-tech Haw River Ballroom, in a former cotton mill set on the banks of the Haw River.

The first stage of the career of Ken Banks was developing the FrontlineSMS text messaging platform which now powers thousands of social change projects in more than 170 countries. The second stage was writing The Rise of the Reluctant Innovator, his 2013 book which profiles social innovators who "randomly stumbled across problems, injustices and wrongs and, armed with little more than determination and belief, decided not to turn their backs but to dedicate their lives to solving them."

In a recent article in the Guardian, Banks opined that "there are probably more people working to make the world a better place than at any other time in human history, and only a minority work inside the official development and non-profit systems.

"These are the stories Banks tells in Reluctant Innovator and will tell at SwitchPoint. "The best contribution I can make now is to raise awareness of what's going on with the Lone Rangers and hackers and fixers and these disruptive social entrepreneurs and reluctant innovators," he said. Banks likes the word "disruptive." When I talked to him from his home in the U.K., he used it one sentence three times.

Banks said he has more confidence in these reluctant innovators than in traditional aid and development. "Over the last 60 years, $3 trillion has been spent by the international aid sector. You look at that and think "Are we getting value for money? Have we really seen $3 trillion of progress?' You can probably argue that we haven't. I think it's fair to give other people a chance."

IntraHealth, a nonprofit with over 30 years' experience in global health, thought he was just the right person to share the stage with speakers from inside and outside the traditional development sector, to move — or disrupt — the status quo.

Jaspal Sandhu is a professor of social innovation at the University of California at Berkeley and a co-founder of the Gobee Group, a social innovation and design firm. Sandhu and his Gobee colleagues are building OptimizeARV, an interactive, web-based decision-making platform designed to improve the cost-effectiveness of HIV antiretroviral (ARV) drug procurements for developing country governments. The effort is at the request of the Clinton Health Access Initiative, which is an integral part of the team developing OptimizeARV, with funding from the U.K. Department for International Development.Sandhu says the platform is designed for a very small number of people in countries that procure ARV drugs. "When somebody's about to make a decision about buying XYZ product from ABC supplier at 123 price, the suite of tools are designed to help them navigate which drug from which supplier at which price makes the most sense," he said

.Sandhu holds up TurboTax, a U.S. tax preparation software package, as an example for Gobee. "OptimizeARV does the same thing," he said. "It's not saying 'Here's the drug you need to buy.' It's saying 'What are your parameters? What are you looking to do? What regimens have people been on? What budget are you working with?' And based on that, we are providing people with choice and options."

The team plans to start rolling it out for testing later this year in three countries in southern and eastern Africa and says initial reaction there has been very positive.

Sika Nabiliou, born in Sokode, Togo, is possibly the youngest speaker at SwitchPoint — she is six months shy of 20 years old and had already earned a bachelor's degree at age 16. She is a collaborator of L'Africaine d'architecture and executive manager of the WoeLab Community, the first Democracy of Technology Space in Lomé, Togo. Perhaps WoeLab's most famous project is W.Afate, Africa's first 3D printer, completely built of recycled computer waste.

W.Afate is an example of "LowHighTech," a new approach to technology to put solutions within the reach of everyone, including the poorest strata of society. "This is an overall development vision for Africa that promotes technologies rigorously adapted to our African realities and a collaboration of hacker movements with our traditional know-how," said Nabiliou.Nabiliou's current project is building factories made out of bamboo that recycle plastic bags into building materials.

These three innovators certainly make Banks' point about the number and creativity of reluctant innovators trying to make the world a better place. What will happen when they come together with more than 30 other speakers and 300 participants for two days of disrupting, networking and doing? 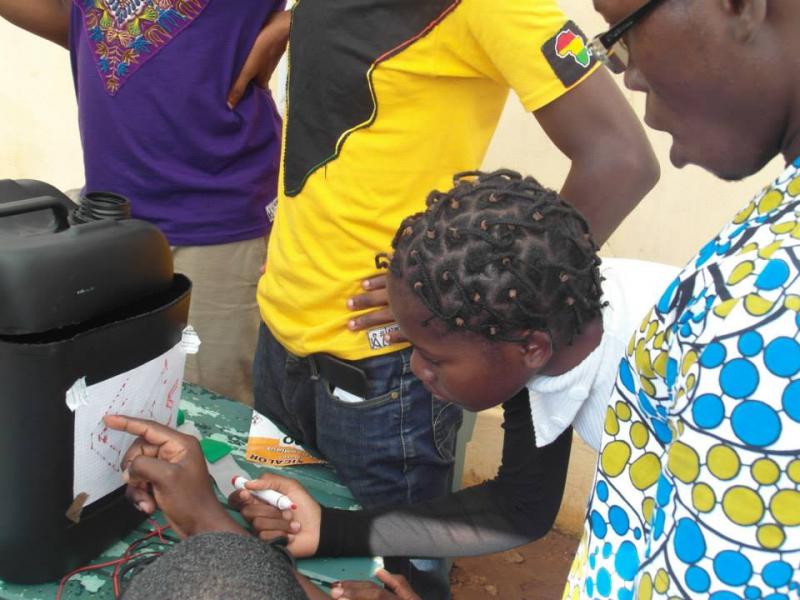 Sika Nabiliou, an African architectural prodigy from Togo, is one of 30 social innovators who will be speaking at SwitchPoint, April 24-25.