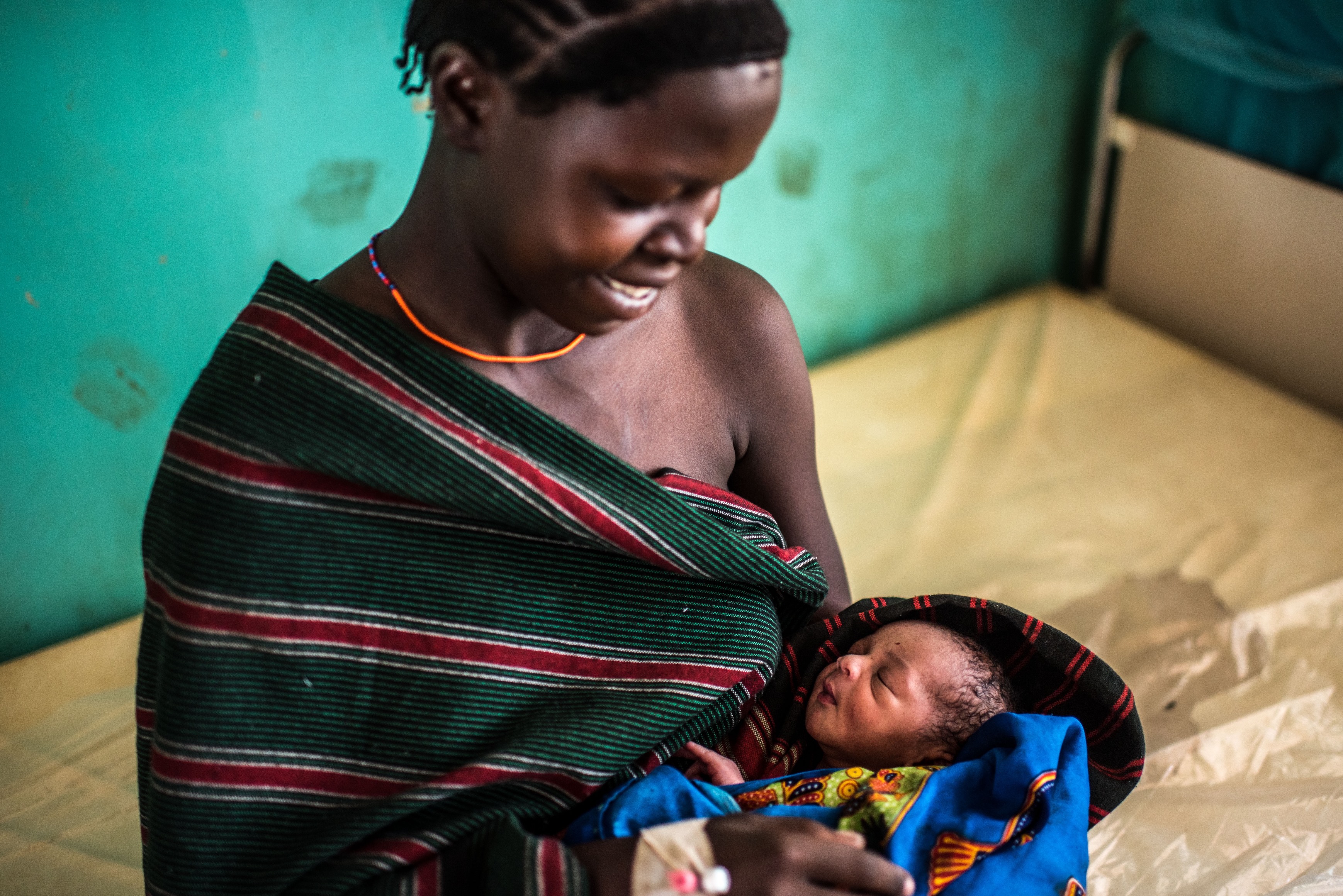 A remote region of Uganda sees dramatic improvements in health services and outcomes. Jane Atim smiles and smooths the skirt of her crisp blue uniform as she ushers us into the maternity ward, excited to share what the night brought.

Morning light warms the walls of the room where Veronica Munges, 19, swaddles her healthy six-pound baby—a boy, named Tatelo. Jane shows Veronica, a first-time mother, how to breastfeed before turning to the two other women who gave birth overnight—Clara, 37, and Paulina, 34.

The first day of life is the riskiest of all for infants and mothers, especially here in Uganda’s Karamoja region. This vast area is home to a rural, mostly pastoral population of 1.2 million that suffers from high rates of poverty, fertility, and food insecurity.

UNICEF called it the worst place to be a child.

In 2008, UNICEF called it the worst place to be a child. One hundred children under the age of five died every week, mostly from preventable diseases, and 17% of children would not live to their fifth birthday. Six years ago, only 27% of women in Karamoja delivered in health facilities and the regional maternal mortality rate was 750 per 100,000 live births—among the highest in the world.

The region has lagged behind national progress in improving health care and outcomes, but the joyful scene that morning was not a fluke.

Last year, 73% of Karamoja’s mothers delivered in health facilities, and medical officers say the maternal mortality rate has sharply declined as a result. The percentage of children receiving all basic vaccinations is also now the highest in the country, by wide margins, at 73%.

The evening before, we visited Nadunget Health Center III in Moroto to talk to Jane, the nurse in charge, and Dr. Abubaker Lubega, the district health officer, about improvements there that are dramatically changing health care in the district and region.

A hiring surge in late 2012 laid the groundwork for improving health care throughout the country. Five years ago, Uganda’s government budgeted for and hired 7,000 of the most-needed cadres—midwives, anesthetic officers, pharmacy and lab techs, and public health nurses—and approximately 3,000 new workers have joined the country’s long understaffed health workforce since.

Jane, a midwife with 14 years of training and experience, was recruited during the surge, which brought 31 new workers to Moroto and increased staffing levels from 40% to 70%.

But staff shortages weren’t the only problem affecting health care in the region.

Perceptions of poor quality, staff absences, and negative attitudes were among the top reasons within the health sector’s control that women weren’t seeking skilled care at birth, according to a 2013 study on barriers to using institutional delivery services in two Karamoja districts.

Motivation and performance problems plague health centers across Uganda. These are incredibly complex issues with no easy fix. Leadership and supervision, workload, security, infrastructure, and so much more affect health workers’ attitudes and output.

Jane is one of just two midwives at the health center she manages, where nearly 1,000 mothers are expected to deliver this year. On top of that, she supervises a staff of 26. And until last year, she had no formal tools or processes to support and hold them accountable for their duties.

It starts with clear job descriptions and regular appraisals.

In-charges like Jane are critical to improving the quality and availability of health care in their communities. That’s why, for the past two-and-a-half years, IntraHealth International’s USAID-supported Strengthening Human Resources for Health (SHRH) in Uganda activity has worked with Uganda’s ministries to revise national service delivery standards and supervision guidelines and, at the local level, to support the country’s 112 district health management teams, like Dr. Lubega’s, in rolling out a package of tools to improve individual- and facility-level performance.

It starts with ensuring staff have clear job descriptions and regular appraisals. At Nadunget, and hundreds of other facilities in Uganda, most did not.

Jane attended a series of practical trainings that helped her develop specific scopes of work for her staff, set individual performance targets, conduct appraisals, and implement appropriate rewards and sanctions, while addressing other real problems she experienced at work. She learned the fundamentals of performance management and applied the new approaches at her facility.

“This was really an eye-opener for us,” Jane says of what came to light when she held the past few quarterly performance reviews.

The new approach forced conversations about why one nurse wasn’t adequately documenting women’s antenatal visits, for example, or why another assisted fewer deliveries than her counterparts that quarter.

Previously, there wasn’t a system for tracking attendance, either, or penalties for not showing up. Jane says the appraisal process, combined with public recognition of good and bad performance and withheld pay for unexcused absences has quickly helped establish a culture of accountability.

SHRH has helped improve health care for millions of Ugandans.

Districts now host community events to celebrate staff, where they recognize top performers and discipline the chronically absent by announcing and posting their names publically.

The performance management toolkit is part of a package of interventions that SHRH developed to help districts address their unique health workforce challenges.

“It’s a very bright strategy,” Dr. Lubega says. “The approaches are integrated into our systems, and the district HR department has ownership over the trainings and interventions. They will sustain these changes.”

SHRH has also worked with Moroto staff to strengthen supportive supervision systems so that district health managers can assess facilities’ strengths and gaps—and budget for the resources (including staff) they need to meet national standards and community needs.

5.9 million women have given birth in a health facility since 2012 because of USAID investments. Read more »

As we finished talking to Jane and Dr. Lubega the day before, the sun had started to set on Mount Moroto. Veronica was in the early stages of labor and the only patient left after a busy day. She walked the 6 miles from her village at the first sign of labor. Beyond a chain fence, children waited at wells to bring water home and cooking fires glowed across the dry landscape, sending stacks of sweet smoke into the dusk.

Jane didn’t know that two more mothers would walk to the health center overnight. Clara and Paulina delivered quickly, but Veronica struggled through a long and difficult labor.

The next morning, no words or translations are needed to understand the joy and fatigue and relief each mother feels holding her newborn. Seeing them stretch and squint in their first glimpses of sunlight is a reminder of the awe and peril of being born—and the long road to raising a healthy child, no matter where you live.

For these families, every milestone to better health care makes the journey safer and the chance of a more secure, prosperous life possible.

To see how health systems strengthening efforts are making a difference for mothers and children around the world, read USAID’s 2017 Acting on the Call Report. 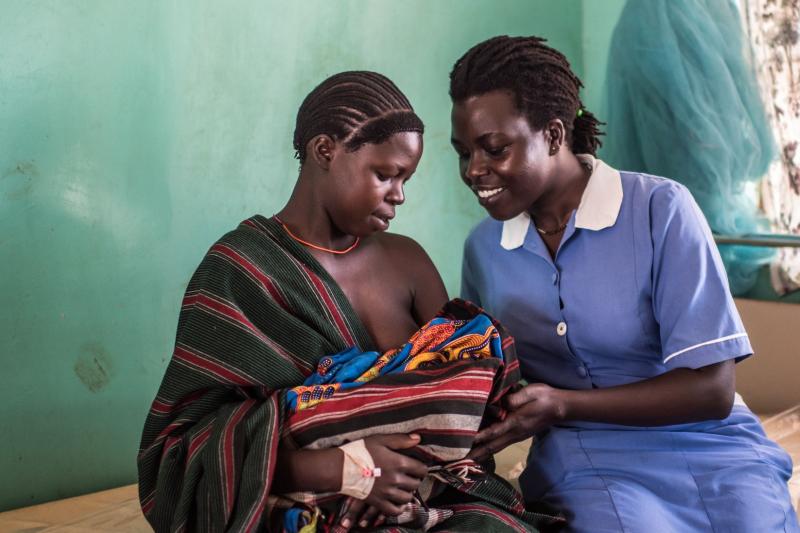 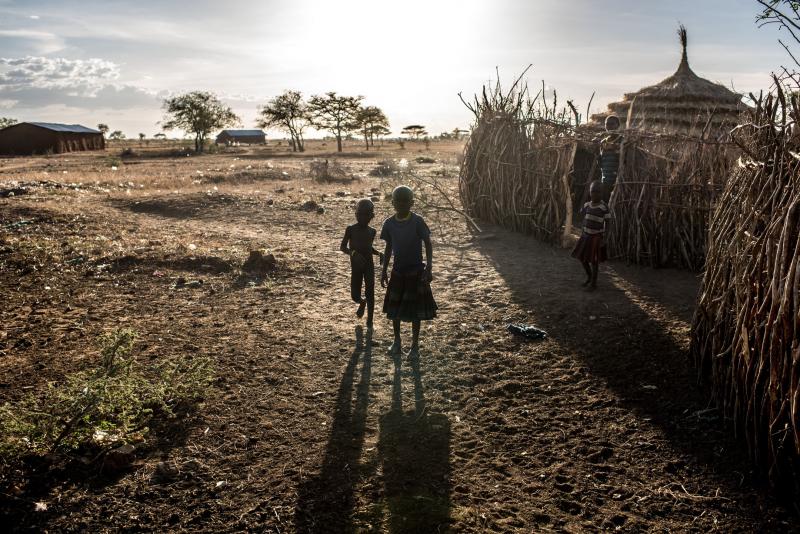 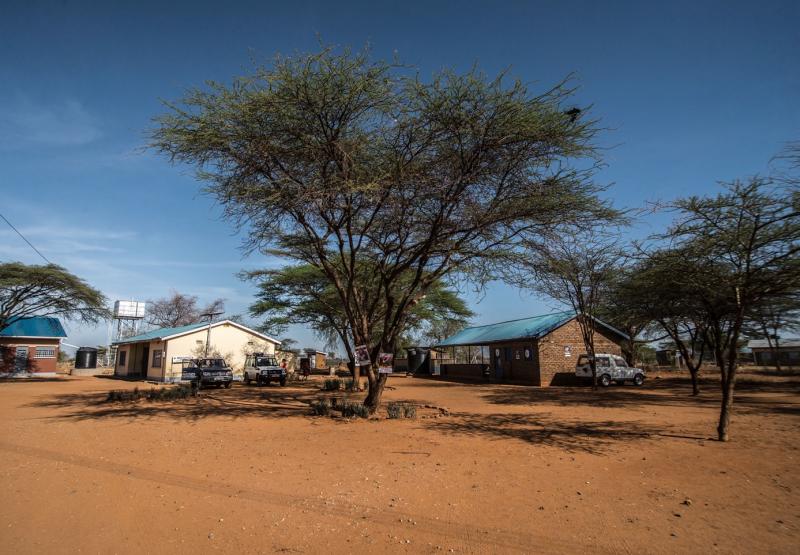 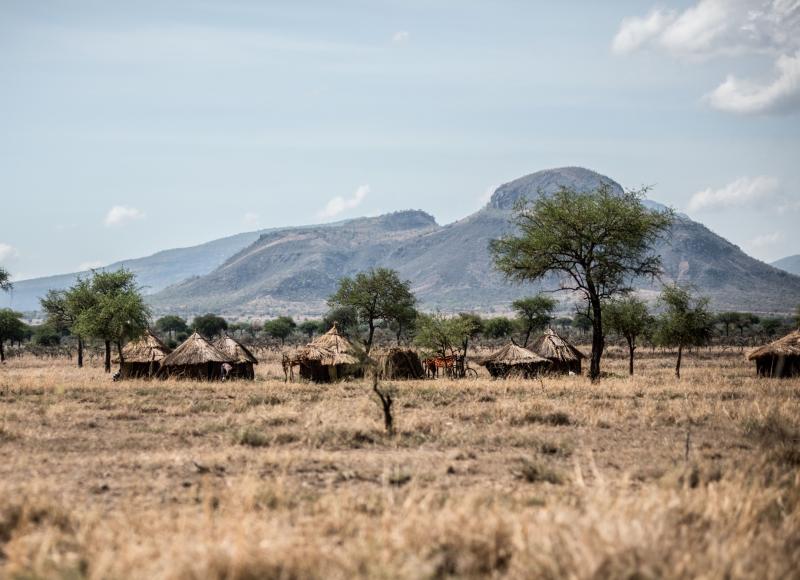 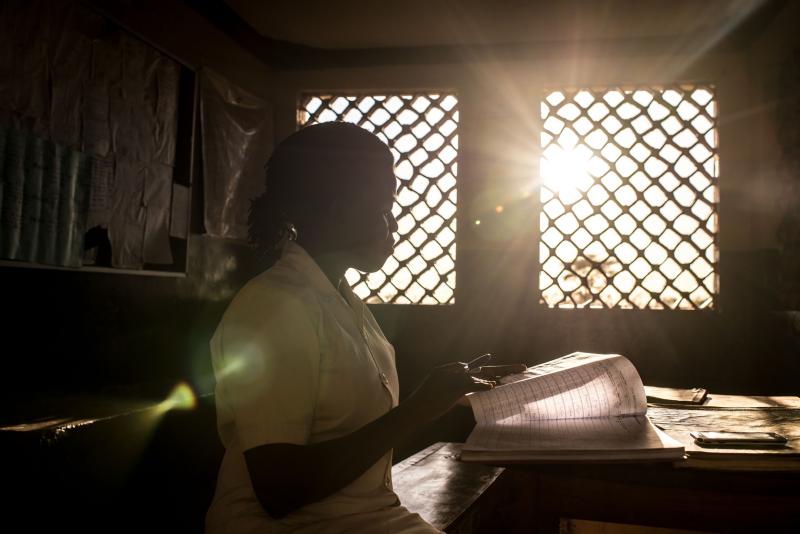 Through its USAID Human Resources for Health Strengthening Project, IntraHealth International has been working with the government of Uganda and health officials in 112 districts to increase national health sector staffing, strengthen pre-service and in-service training, and address performance and management problems, low retention, and skills gaps affecting the health workforce.

The 2017 Acting on the Call report finds that systems-based interventions have been a key driver of the astonishing 4.6 million children and 200,000 women’s lives saved since 2008 by USAID’s maternal and child survival efforts in 25 priority countries, including Uganda. Yet further focus on the health workforce and other systems-based interventions hold massive potential: In Uganda alone, USAID estimates 150,000 more women’s and children’s lives could be saved by 2020 by scaling up these interventions.