What does the health workforce have to do with family planning and contraceptive rates? A lot, it turns out. 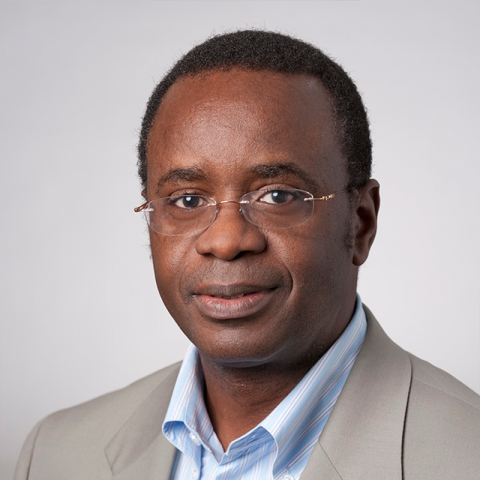 West African countries have the highest fertility rates in the world, with an average of 5.5 births per woman; they also have the lowest levels of contraceptive use.

As a longtime physician and family planning/reproductive health trainer at IntraHealth International, I see several reasons for this.When I started training male health providers in family planning services in West Africa in 1997, I was met with a lot of resistance. Many men thought that female clients wouldn’t want to talk to male health providers.But I told them, “It depends on how they see you. When you return to your facility, you need to tell people what you can do for them, advertise your new skills in family planning services, encourage women to come with their husbands so they can trust you as a couple, and build trust within community.”

Now, 17 years later, I do not think that much has changed.

Last year, when we were training mentors and tutors on a range of high-impact services, there were no male participants at the family planning training sessions. In health centers, the midwife is in charge of all maternal health services, including antenatal care, deliveries, postnatal care, and immunization. The male nurse is in charge of curative care.

This division in exclusive territory limits clients’ access to services. In addition to the lack of male involvement in the family planning workforce, several other workforce-related factors contribute to the stagnation of family planning in West Africa.

Several female providers told me that they would never want their husband to get a vasectomy.

Family planning information and services often fail to reach young people. The adolescent fertility rate is 108 births per 1,000 girls ages 15 to 19 in sub-Saharan Africa, compared to 73 in South Asia, and 72 in Latin America and the Caribbean.Correspondingly, contraceptive use among 15 to19 year-old girls in the region is low—only 21 percent of married girls who want to avoid pregnancy, and just 41 percent of unmarried sexually active girls who want to avoid pregnancy are using a modern contraceptive method (source).

Providers’ attitudes are often a barrier to access. Although all West African countries have national family planning guidelines, too many health providers make it difficult for people to get the family planning services they need and want.

Health workers are often a part of the communities and cultures in which they work.

The limited existing research and anecdotal accounts on this subject reveal negative behaviors, including unfounded restrictions, judgments on parity, provider convenience, and unnecessary requests for multiple clinic visits, steering clients toward methods that are easier or faster to administer.Health workers are often a part of the communities and cultures in which they work. They, too, carry with them cultural views on family planning.

Last year when I was conducting a survey for the introduction of vasectomy in one West African country, several female providers told me that they would never want their husband to get a vasectomy.Despite a full understanding of what a vasectomy is and what to expect after this simple operation, cultural beliefs make these female providers nervous about being blamed for anything that might happen to their husband’s virility. A few male providers told me that they would openly campaign against vasectomy if a program was initiated in their country.Why? They want their country to have more people!

Renewed energy for family planningSince the 2011 Ouagadougou meeting and the 2012 London Summit on Family Planning, West African countries have committed to providing resources to ensure contraceptive security.Some countries are even including contraceptives in their national budget. Funders including the Bill & Melinda Gates Foundation, the French Government Cooperation, USAID, and UNFPA, support national governments that have committed to the goals of FP2020 and are leading the development and implementation of their own country-specific plans. Civil society is involved in community mobilization and advocacy for access to family planning services.Demographic and Health Survey (DHS) results show progress: Senegal’s contraceptive prevalence rate jumped from 12 percent in 2011 to 16 percent in 2013. Togo’s contraceptive prevalence rate grew from 13 percent in 2010 to 17 percent in 2013.

Despite the many sociocultural, financial, and organizational barriers and constraints to family planning services in West Africa, these developments give us reason for hope.Visit K4Health’s new page on the Family Planning Workforce for information and tools for strengthening the workforce to improve access to family planning.This post originally appeared on the K4Health blog.