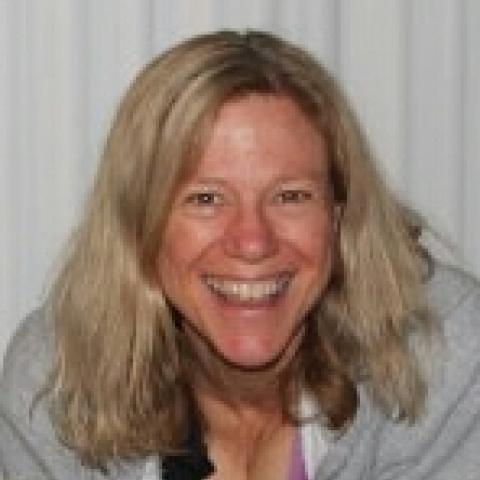 Last week, during a discussion on the Paris Climate Conference broadcast on National Public Radio (NPR), the chief negotiator for the US to the conference pointed out that, in international declarations and multi-country agreements, words matter. With respect to carbon emissions and global warming, NPR’s Ari Shapiro noted, “so the fate of the world hinges on the difference between ‘shall’ and ‘should.’”

It’s much easier to say we should take action than we shall—and even harder to actually do it.

What does it take for a country to follow through on its commitments?

When countries make commitments to the global community, to each other, and to their own populations, their words can shape national policies and global security. But what does it take for a country to follow through?It’s a pertinent question, whether we’re talking about the 160 countries that made commitments on climate change in Paris, or the countries that promised two years ago on the global stage to increase investments in their own health workforces.

In November 2013, during the Third Global Forum on Human Resources for Health in Recife, Brazil, more than 80 countries came together to discuss the global health workforce crisis—including the shortage of 7.2 million doctors, nurses, and midwives worldwide—and committed to changing the status quo.

As we approached the two-year anniversary of the forum, IntraHealth International worked with counterparts in the Dominican Republic, Kenya, Mali, and Uganda—four of the countries that made pledges in Recife—to see if their commitments have made a difference.We found that the answer is yes: each country has made progress in a different way, and each has used its commitments to bring stakeholders together, mobilize resources, validate or justify plans and strategies, and develop indicators for monitoring progress.

And of course, many faced challenges.

THE DOMINICAN REPUBLICApproach: Folded its Recife commitment into an existing framework developed in 2010, called A Decade of 20 Goals for Human Resources in Health. This helped the country tap into existing resources and stakeholder groups to meet its commitments.

A challenge: Achievements prior to the forum were sometimes attributed to the commitment made there, making it difficult to evaluate the impact of the commitment itself.

KENYAApproach: Aligned its commitment with the country’s new decentralization strategy and included measurements of success in the monitoring process established for the new governance model. By strategically positioning its commitments with national health development strategies, Kenya was able to maintain support and demonstrate progress.

A challenge: Ensuring that the new specific health workforce objectives were fully incorporated into the new national decentralization strategy.

MALIApproach: Achieved one of its objectives by making great progress in developing its electronic health workforce information management systems. IntraHealth helped Mali establish the iHRIS management system, which has improved the country’s workforce planning and management.

A challenge: Did not identify benchmarks or define a monitoring process to track progress, so the country’s other objectives did not gain the same traction.

UGANDAApproach: Used the process of developing its commitment as an advocacy tool, mobilizing local champions and implementers to define the objectives to ensure that they would be implemented and monitored. This inclusive process helped officials advocate for greater investments in the health workforce.

A challenge: Continuing momentum to ensure the national and district-level governments followed up on pledges to invest more strategically in the health workforce.

These countries have shown us that commitments can be used as advocacy tools to bring stakeholders together behind new policy objectives, to maintain momentum behind existing strategies, and to garner resources and political will through added global influence.

If we’ve learned one thing since the 2013 forum, it’s that global commitments must be tied to measurable action plans.

Even so, because the language of commitments must be broad enough to achieve consensus, they must be tied to specific indicators in a monitoring framework to measure and demonstrate progress to national and global constituencies.

If we’ve learned one thing since the 2013 forum, it’s that global commitments must be tied to measurable action plans.

We’ve also learned that when a country makes a commitment in a global setting, the country—and the global community—should have some sort of accountability mechanism to make sure that the national government is held answerable, even when there may be a lack of transparency on the local level or when the population in a country doesn’t have the means to influence decisions.

Global opinion matters, and a global accountability framework can provide a mechanism through which advocacy can influence change and bring about improvements. Many speculate that the Millennium Development Goals helped countries make significant improvements largely because their governments felt accountable to the global community.

As we implement the upcoming Global Human Resources for Health Strategy, which will be presented for ratification to the World Health Assembly in May 2016, and work to achieve the Sustainable Development Goals, advocates and policy-makers can use the lessons of these four countries and others and take advantage of the global platform and make their voices heard.

And they should use those voices not to say “We should create a stronger, healthier world”—but “We shall.”