Why Nigeria’s Response to Ebola Succeeded

A man arrived by plane in Lagos on July 20. He fell ill at the airport and was taken to a hospital. Shortly afterward he was diagnosed with Ebola, the first case in Nigeria.Lagos is an enormous city of 22 million, and public-sector doctors were on strike. The number of lives at risk was terrifying. “If Ebola hits Lagos, we're in real trouble,” warned Laurie Garrett in Foreign Policy, and added that her colleague John Campbell predicted it “would instantly transform this situation into a worldwide crisis.”

Yet August 29 marked the last reported case of Ebola in the country, and the number of confirmed cases topped out at 20, with eight deaths. The incubation period for those who had contact with Ebola patients ended on October 2. After 42 days with no new cases, Nigeria will be officially free of Ebola.

I had the chance to speak with Dr. Egbe Osifo-Dawodu, a Nigerian physician and founding partner at Anadach Group who shared her insights on how Nigeria succeeded against all expectations.

Q: How did Nigeria’s response get underway?

A: Because Lagos is a crowded commercial hub, there were lots of extremely worried people. The situation seemed ripe for rapid spread. So the State and Federal ministries of health worked very closely together, they took action and were extremely aggressive.They went back to when he had arrived at the airport and tried to trace the contacts. The passenger list was incomplete, so they called travel agents and embassies.Within about 48 hours they trained health workers on how to talk to the potential contacts. They called people several times a day to find out if they had symptoms from a checklist. They went to people’s houses to see if others were exposed, and they did that very quickly—in just a few days.

Q: And how did they provide treatment, especially given the doctors’ strike?

A: Lagos State converted a former TB ward into an Ebola isolation ward, while the private hospital where the index case was managed was closed down and sanitized to international standards. All these actions occurred within four days. A couple of health workers who had been the most exposed came down with Ebola and were quarantined.Lagos State sought volunteer health workers to work in the Ebola ward. My understanding is that these health workers were paid a danger premium in cash on a daily basis and also received life insurance.

Q: How important was the role of political leadership?

A: The political will, even beyond the health sector, was very strong. The president made a statement, declaring a state of emergency, and a national conference of all state commissioners of health was held to ensure that all the states were prepared to manage a possible Ebola crisis. All the governors also showed very strong political leadership. Lagos State immediately made funds available, and the Federal government also made special funds available. Transparency was also key, with daily briefings from the minister of health.

Q: What about the role of religious leaders?

A: Lagos is a regional religious center. The government was worried because some churches often have gatherings of half a million people from across West Africa and South Africa. If key pastors encouraged people to come from countries that had an advanced epidemic, it would have been chaos.Lagos State government officials (including the governor, who is the chief executive of the state) were extremely involved. They met with key church leaders and got them to be highly involved in Ebola prevention by committing to certain things. One was not to encourage sick people from other countries with an Ebola epidemic to come to their churches. Another was to educate their members and communities to wash their hands frequently and avoid touching people—on Sundays they would talk about these things.

Q: Many stories in the media have pointed to weak health systems in West Africa’s other Ebola-affected countries. What was different about the Nigerian experience?

A: Lagos State probably has one of the strongest health systems in the country. By the time Ebola spread to other states, there were effective systems in place to manage the new cases. The Federal and relevant State governments were very focused and did exactly what had been done in Lagos.In addition, Ebola affected the middle class. The hospital that admitted the index case was a well-known private hospital. The hospital management and staff were able to make an early clinical diagnosis of Ebola and initiate an effective response. I think if this had happened in a rural area or town the outcome may have been different. Even the political and financial elites felt at risk; they could see the direct correlation, it was not very far from them. Also the political elite saw what had happened in Liberia and Sierra Leone and were determined that it should not happen in Nigeria.

Dr. Egbe Osifo-Dawodu and her colleagues are supporting the Ebola Facts website and developing apps that provide relevant Ebola information to primary and secondary health workers. Special thanks to Dr. Osifo-Dawodu for talking with me, and to Dr. Kate Tulenko for putting us in touch.Help spread the word about strengthening the health workforce. Follow us on Twitter and like us on Facebook.

This post was originally published on the CapacityPlus blog. Learn about IntraHealth International’s response to Ebola. Also read: 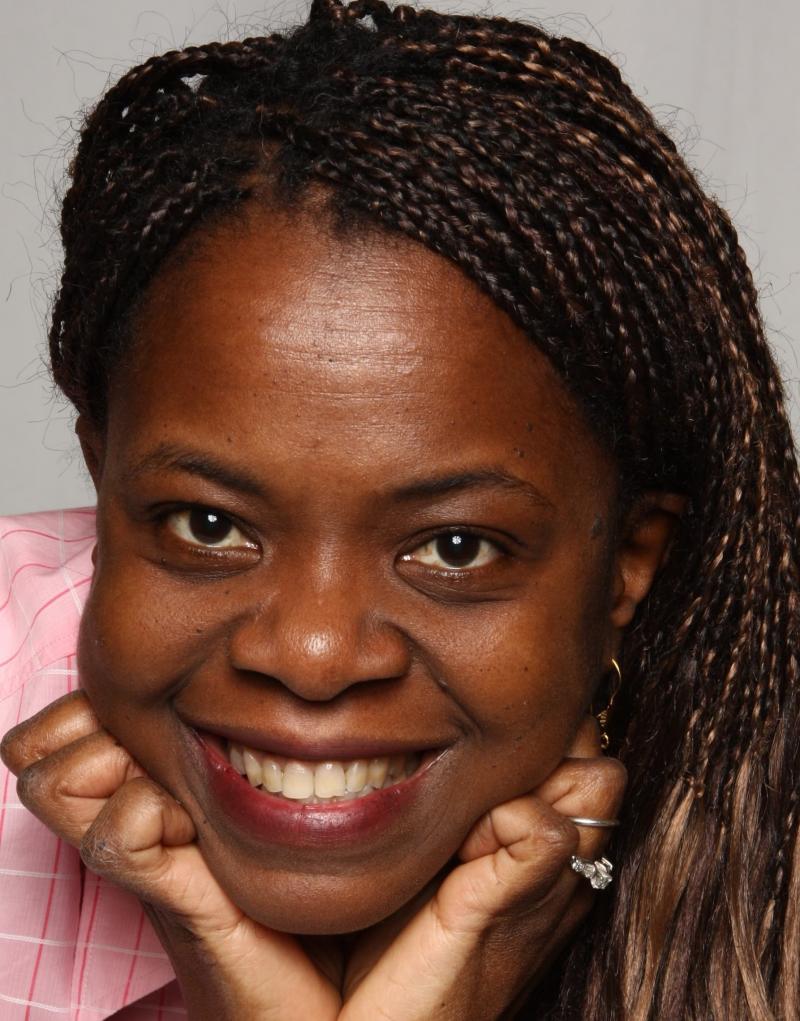