We Have the Tools, the Technology, and the Numbers 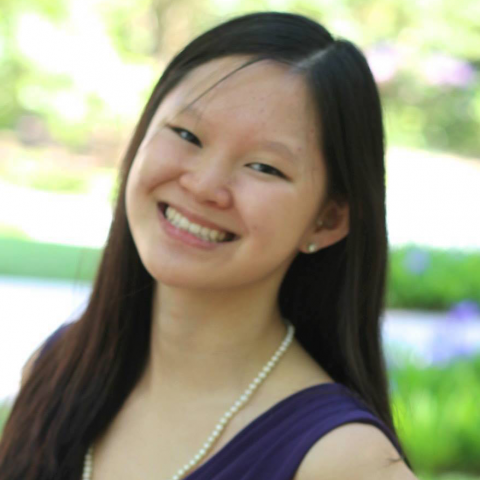 I just learned that I’m part of the largest cohort of young people to ever live. Our young generation’s numbers will give us unprecedented power and responsibility when it comes to shaping culture, policies, and governments around the world.

Those of us between the ages of 15 and 24 make up 18% of the total global population, and when you account for all persons under the age of 24, that number increases to 40%. That means there are currently 2.96 billion people out there—including myself—who will be leading the next generation.

We have access to more tools and technology than any previous generation.

And the global health community is making us a priority. Out of the 169 targets mentioned in the United Nation’s Sustainable Development Goals (SDGs) for 2030, 65 focus on youth empowerment, and 20 are youth-specific. More importantly, though, young people are not just a target demographic for the SDGs—we are also partners in achieving them. Our generation will be crucial to attaining sustainable global development (including gender equality and eradicating world poverty and hunger) by 2030.

But how can we make a difference right now? We’re young, the problems we face are huge, and less than 6% of world parliamentarians are under 35 years old.

One place we can start is by promoting accessible technology worldwide.

For the first time ever, children are growing up in a digital-first world. Connecting across the globe and retrieving information instantaneously have never been easier; online education is becoming more prominent in most traditional schools around the world; and it can be argued that digital media is even changing how we think.

Throughout my childhood, technology played a huge role in my education. I remember learning to read with my LeapPad, a device that combined visual and auditory learning. I remember my elementary school teacher in Kigali, Rwanda, introducing me to the school’s computer lab where we took typing classes on the AZERTY keyboard. And I remember learning Spanish on Rosetta Stone in my sixth grade language class in Jacksonville, North Carolina, while my classmate next to me was taking Italian.We have access to more tools and technology than any previous generation to help solve some of the world’s biggest problems.

But not everyone has access to such opportunities. Even though youth made up 45% of total Internet users in 2013, 90% of all young people live in low- and middle-income countries where resources are limited. Because of this, ensuring digital access for underserved populations is and should be a huge priority in the coming year.

In 2014, the Pew Research Center found that 87% of American adults use the Internet, and out of those, 72% seek health-related information. And health workers around the globe need access to digital health information, too. For more and more of them, open source software and mobile technology are becoming an essential part of their work. These needs have led to new organizations, such as the WiderNet Project, a nonprofit organization cofounded by the University of North Carolina at Chapel Hill’s Cliff Missen to provide training and inexpensive technologies to underserved populations.They’ve also led to a boom in health-related mobile apps, including:

And in 2014, during the Ebola outbreak in West Africa, IntraHealth, USAID, UNICEF, and international stakeholders partnered up to create mHero, a new digital health platform that prioritizes communication between health workers and government officials.

IntraHealth is helping integrate technology into the work of more health workers around the world—including the younger generation now entering the health workforce. It’s committed to developing and sustaining digital resources for health workers and, in the process, opening doors for the generations to come.

And now it’s up to my generation to take these tools and do our part as we work toward the SDGs.