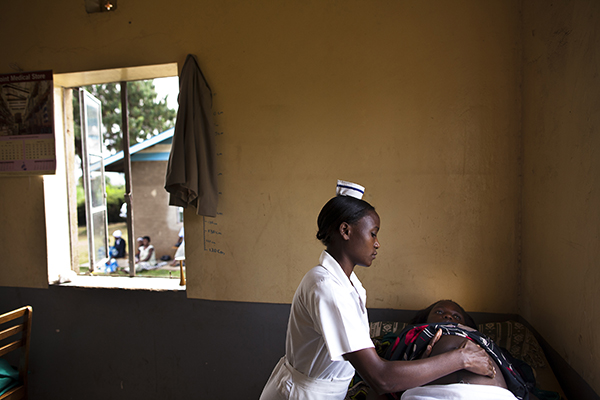 This month, USAID released its follow-up to Ending Preventable Maternal Mortality: USAID Maternal Health Vision for Action (June 2014) with its new report of the same name with the addition of evidence for strategic approaches.

These approaches seek to lower the world’s maternal mortality rate. Right now 289,000 women die per year from complications during childbirth.

While it is widely known that MDG 5 will fall short of its overall global goal, USAID has partnered with other leading organizations, including the World Health Organization, Maternal Health Task Force, United Nations Population Fund, and the Maternal Child Health Integrated Fund, along with representatives from 30 countries, to work on a new set of maternal health goals.

To reach the proposed MMR in sub-Saharan Africa by 2030, many countries must triple their rates of reduction.

This goal will be achieved through keen focus on 24 target countries with the highest current MMR, including many countries in sub-Saharan Africa, where most mothers still die during childbirth. Asian countries such as India, Indonesia, and Nepal will also be targeted, as well as Haiti, the only country in the Western Hemisphere.  In order to reach the proposed MMR in sub-Saharan Africa by 2030, many countries must triple their rates of reduction. This will require the political will of government leaders as well as effective collaborations from international actors and civil society.

According to the report, Kenya has made maternal health care free for all women, showing promise for accelerated maternal health programs that can be replicated across the continent.

We are particularly pleased to see that in addition to quality maternal health care in the new USAID report, there is a commitment to respectful maternity care and better working conditions for midwives. The report acknowledges that there is a continued problem with disrespect and abuse during deliveries, which causes women to forego institutional births altogether. Some of the abuse is physical while other abuse is verbal, causing humiliation.

USAID also acknowledges that many health workers, especially midwives, are underpaid and work long 24-hour shifts in very tough conditions which make tensions high between clients and health workers. Through respectful maternity care training as well as an overhaul of health systems, abusive care and the problem of overworked, underpaid midwives can be remedied.

USAID has formulated 10 key drivers  (pages 18–39) that when utilized and implemented in tandem will likely lower the global MMR by 2030. Each of the 10 drivers is supported by data-based evidence highlighting how and why they should work. Additionally, USAID is committed to reaching the world’s poorest expectant mothers with the least access to quality, affordable maternity care.

Meeting the unmet need for contraceptives will lower the number of maternal deaths by 80,000 annually.

Through its 10 key drivers, USAID is also planning to close the gap between women who have access to modern family planning methods and those who do not. 870 million women today need modern contraception in order to successfully space their births, another factor that will lead to a lower MMR. Meeting the unmet need for contraceptives will lower the number of maternal deaths by 80,000 annually according to the report.

Generally speaking, none of these interventions will work on a massive scale without strengthened health systems. This is highly critical, especially in sub-Saharan Africa, where fertility rates are increasing every year and are projected to continue to climb until 2035.

Health systems will be expected to provide quality maternity care for even more births and to keep mothers and their newborns alive. 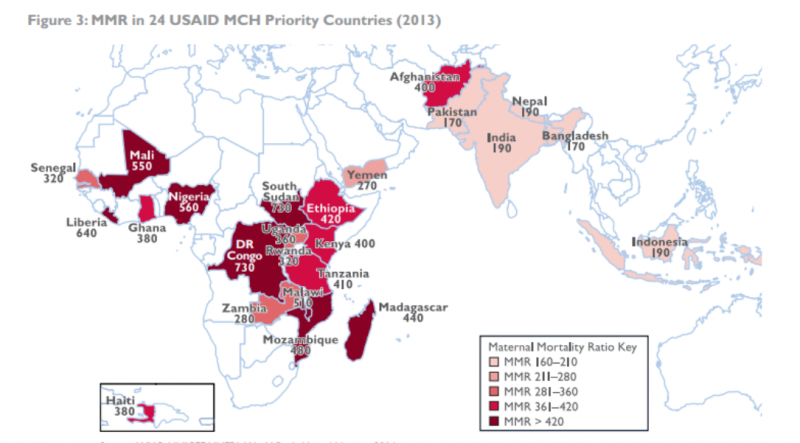 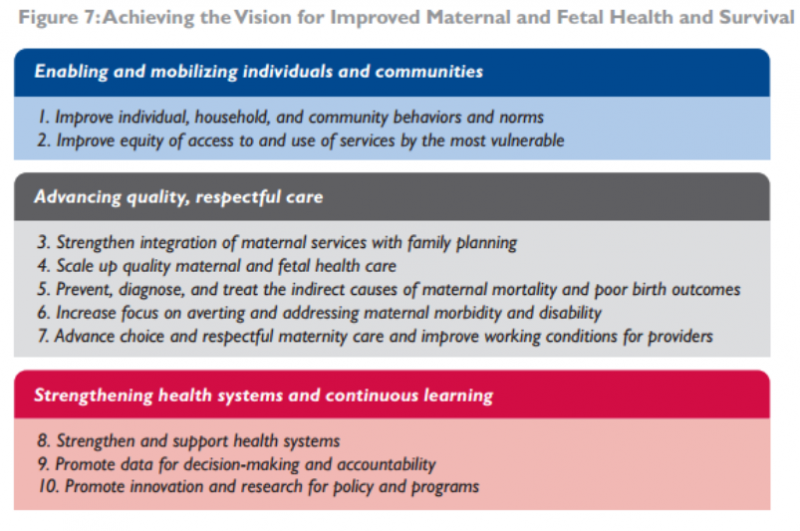