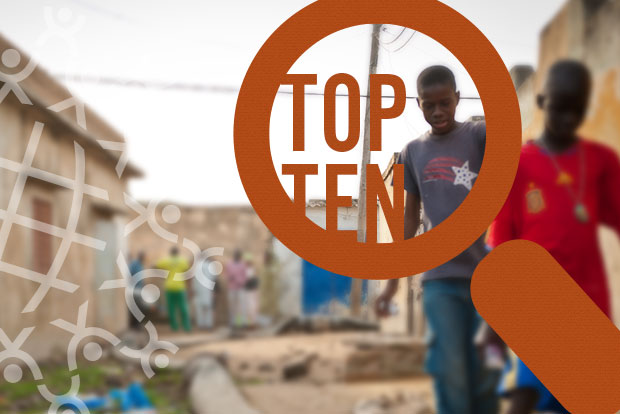 This piece was originally published in full at IntraHealth.org. The past year has given us plenty of global health successes to celebrate. Worldwide, our lifespans are expanding. HIV medications are more widely available than ever. And many countries are meeting their Millennium Development Goals. Ethiopia, for example, a country once near the top of the list for child mortality, reached its Millennium Development Goal 4 ahead of schedule in 2013, reducing deaths of children under five by a whopping two-thirds in less than 25 years. But we also have a lot of challenges ahead.

Last January, we looked into our crystal ball to focus on 10 key issues that would affect global health and health workers in 2013. Those same issues will be just as prominent in 2014, and we’ll continue to track them closely.Now here are 10 more that will shape the coming year for IntraHealth International, and for all seven billion of us.

Serious games—or games created for education and solving real-world problems—are gaining speed. Militaries use them to train soldiers on urban warfare, activists use them to raise awareness about unemployment, and companies use them to train employees on new processes and procedures. In 2014, high school students in Kenya will be playing a serious game called Vital Pursuit, where they’ll learn what it takes to become a nurse—including all the financial and ethical challenges the profession entails. Serious games hold tremendous possibilities for global health, and for reducing the health worker shortage. We’ll see more of them in the coming year.

9. Education, online and off

For the past few years, the higher education industry has looked to online learning—including massive open online courses—as a revolutionary field with unlimited promise for reaching underserved students. But as data and implementation challenges crop up, enthusiasm is waning. The promise, we believe, is still there. In 2014, we hope to learn more about what makes eLearning and mLearning work for health workers in different countries and contexts—and what causes the technology to fail. We also expect to see a return to basics as schools and training colleges work to improve planning, management, curricula, and faculty development and retention.

8. Women in the health workforce

Health care remains one of the most gender-segregated professional sectors in the world. In many countries, up to 75% of the health workforce is made up of women, but their wages are often lower than those of men doing similar work. Women also deal with far more stigma, discrimination, and gender-based violence at work than their male counterparts do. To eliminate the global shortage of health workers, we need to make sure women have a place in the workforce—a place of equal pay, equal respect, and equal rights.

Hunger goes hand-in-hand with poverty, and food scarcity is still a huge health care challenge around the world. But in the US and other wealthy nations, we’re seeing the effects of a high-calorie, low-nutrient diet in our rising rates of obesity, diabetes, and heart disease—ailments that overburden our health sectors. The same dangerous food trends (and the noncommunicable diseases that result) are now spreading into poorer nations. Millions of health workers will need training and resources to handle the evolving needs of their communities as diets change.

What else is on the list? Read it here.