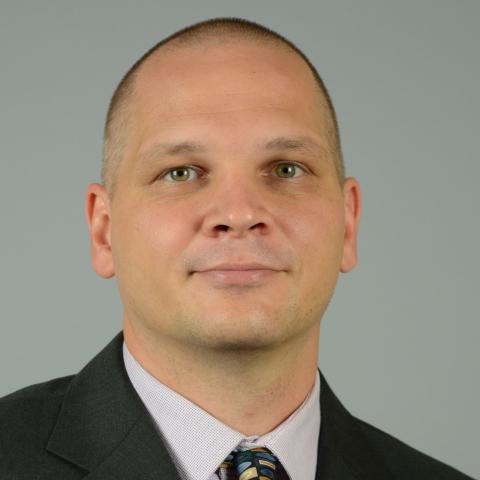 Today, health sectors around the world—including throughout Africa, South and Central America, and Asia—are swimming in data.New health information systems are helping officials track not only disease outbreaks and health care needs, but their countries’ health workforces as well.

Countries can now find out how many health workers they have, whether those workers are up-to-date on their licenses and training, and whether they’re stationed in the right places. These data are crucial when it comes to planning. They can help guide health-sector policy, funding, and ultimately a population’s health and well-being.

As systems and their languages evolve, interoperability will be key.

But what happens when the information systems that store these data don’t work together? When the information becomes trapped, inaccessible, or just too hard to reach?Carl Leitner, associate director of health workforce informatics at IntraHealth International, works to break down the language barrier that keeps health information systems from communicating with one another. As these systems and their languages evolve in the coming years, he says, interoperability will be key.

VITAL: What do you mean by “interoperability”?

Carl Leitner: Imagine there are two people in a room who don’t speak the same language. But they have a translator, so they can communicate pretty well with each other.Now imagine there are three people who all speak different languages. They can still communicate, but they need two or more translators, and things become a little more complicated.

Now imagine there are 20 people in that room, all speaking different languages.

That’s exactly what’s happening right now with health information systems. It’s happening here in the US, but also in the low- and middle-income countries where IntraHealth is working. There’s suddenly a richer variety of mHealth and eHealth applications out there, and many of those systems are speaking vastly different languages.   To make sure those systems can communicate with one another, we make them interoperable and reduce the need for translators by sticking to a small set of languages.

CL: It means systems can’t pull information from one another. Maybe one database has health workers’ clinic locations and another has their licensure status.If the systems are interoperable, a user can get both pieces of information easily. If not, a software developer needs to be brought in to connect the two systems.

The cost can be high, and the expertise may not be readily available in a given country.

Health IT is an unrecognized, understaffed cadre of the health workforce.

VITAL: Are the right IT skills usually available in these countries?

CL: Countries need staff who can manage, maintain, and customize their health information systems. One of the biggest problems we run into is that health information technology (IT) is an unrecognized, understaffed cadre of the health workforce. There’s going to be an increasing need for these workers in the coming years.

To produce health IT workers, there has to be a general training curriculum and a standards-based approach to interoperability. That way, it doesn't matter so much what the underlying software system is—the languages for communication that they share are the important thing.

As long as there are only a small number of standard languages—for example, those identified in OpenHIE (or Health Information Exchange)—the skills in health IT are a lot more readily transferable outside of one particular country or organizational context. Now that adoption of the OpenHIE architecture is increasing in these countries, an investment in developing in-country and regional health IT cadre makes sense.

VITAL: Given how fast technology changes, can systems and software ever be truly sustainable?

CL: Computer systems do tend to evolve very fast, and the languages evolve along with them. This can be an additional strain on already over-burdened health systems.

Using standards can provide a lot more stability in the health information system. And this stability reduces long-term software development and maintenance cost.

Interoperability is very much an issue of infrastructure within the health system.

In low- and middle-income countries where the health sectors don’t have huge IT budgets, that stability can really reduce their operating costs and make them more sustainable.

VITAL: Why have we neglected the issue of interoperability in global health?

CL: Interoperability is very much an issue of infrastructure within the health system. It’s not about addressing a specific disease or a donor’s area of interest. It’s broader than that.

Let’s use another analogy. Say you want to improve nutrition in a community by delivering food to a market where it’ll be available to everyone. You can do that in a lot of ways. One way is by building roads that let you truck the food in from the farms to the market.

Building that road is expensive, but there are a lot of ancillary benefits to it. And afterward you might not be able to show exactly how the dollars spent building the road translated directly into, say, fewer cases of iron deficiency, even though it did.

Interoperability is that road. And right now, it’s gaining global interest. OpenHIE, for example, is one of the catalyzing forces behind that.

In the end, donors won’t be driving this work toward interoperability. It’ll be driven by the countries themselves and their ministries of health—the people who are on the ground trying to make things work.