Through Bullets and Bombs to Reach Health Care 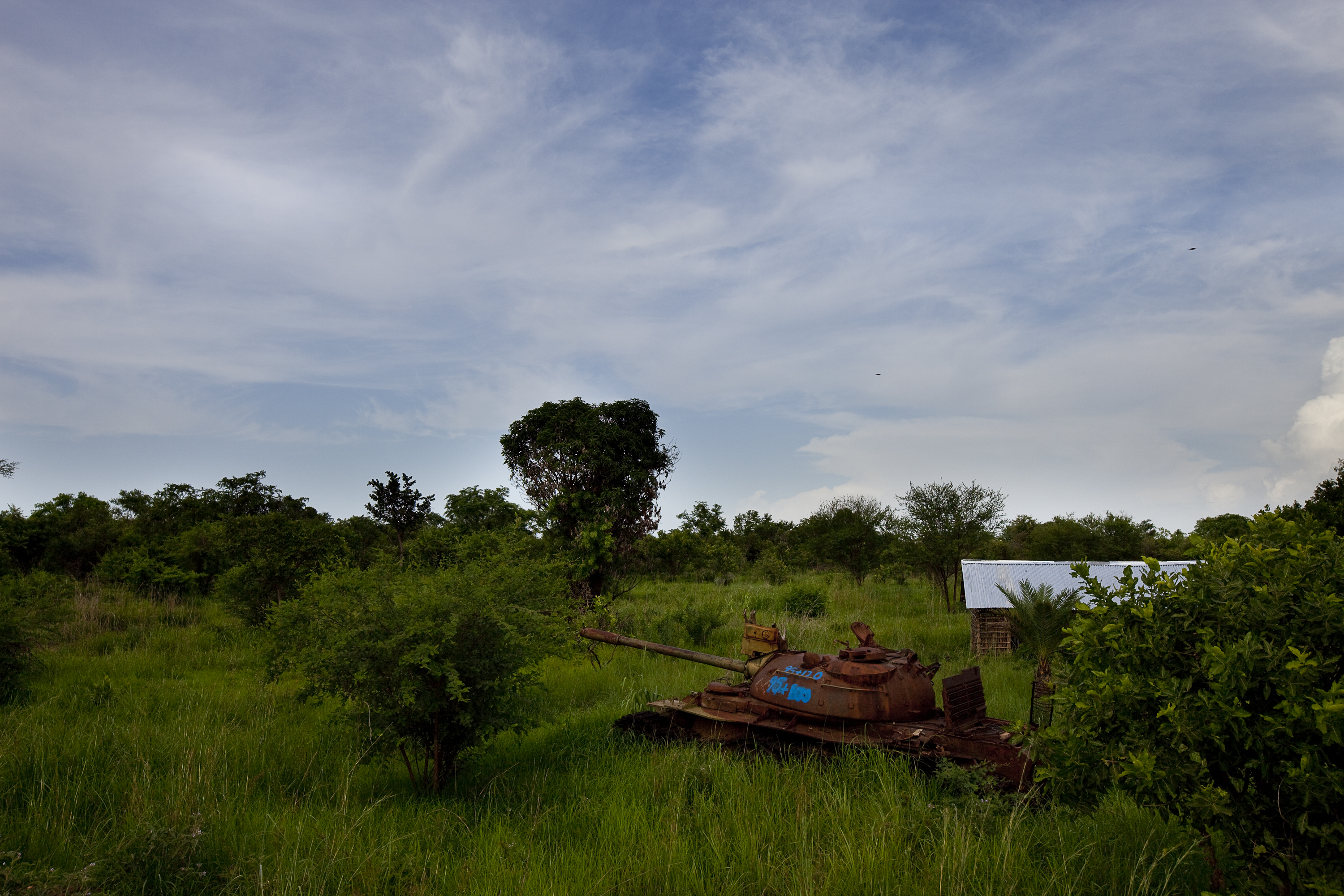 A tank sits alongside the road between Juba and Yei, South Sudan. Photo by Trevor Snapp for IntraHealth International.

In conflict areas around the world, health workers like Patrick in South Sudan continue to risk their lives to do their jobs. 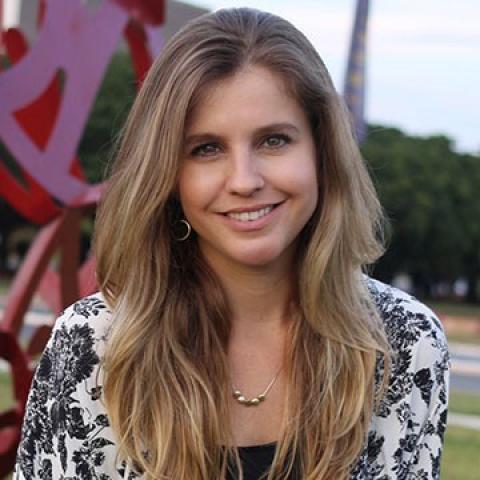 “There were guns, bullets, and bombs everywhere,” says Patrick Hakim, a clinical officer in South Sudan.

That was the scene around Juba last July after fighting broke out at the presidential compound between the Sudan People’s Liberation Army (SPLA) and the SPLA in Opposition (SPLA-IO) forces.

Amidst the country’s already horrific and brutal conflict, Patrick says those two weeks were characterized by widespread terror. Many borders, roads, and markets were closed. Patrick and his fellow health workers were afraid of leaving home, of being attacked or stopped at armed check points.

But he did. He went to work.

“I felt compelled to risk my life, get out of my house, and walk to Juba Teaching Hospital,” he says. “Because there were clients I had booked the previous week.”

So during the days of the July crisis, Patrick was still receiving calls for HIV services.

He and his colleagues continued offering some HIV services to their clients and other South Sudanese. The team provided condoms to the female sex workers in Juba town through their peer leaders. And condoms, test kits, and antiretrovirals were made available at the Juba Teaching Hospital and Al-Saba Children’s Hospital, the other main hospital in Juba town.

But many of Patrick’s clients weren’t calling. They were scared, too. Many fled Juba and even South Sudan. Some hid in the bush. And some ran out of food and stopped taking their antiretroviral medications to avoid the side effects.

One client, a sex worker who travelled from Yei to Juba to refill her prescriptions every couple months, was determined to get her medication. She walked through bushes and villages to avoid the roads. The trip that usually took her four hours by bus took her almost four weeks. When she finally reached Juba Teaching Hospital, Patrick says, she had lost a lot of weight, was malnourished, and had a persistent cough. In fact, she could hardly breathe.

But she made it. Patrick can only guess how many others did not.

Now millions of people are vulnerable to disease and injury and unable to reach the health care they need. More are dying from vaccine-preventable and treatable diseases, such as measles and cholera—deaths that are directly linked to the lack of basic health services. Women lack skilled birth assistance and access to contraception, and people with HIV/AIDS or tuberculosis have been cut off from life-saving medications.

Only 43% of South Sudan’s health facilities are now functional. More than 100 have closed, and at least 29 have been looted or destroyed since the beginning of the civil war.

In February 2016, a Médecins Sans Frontières medical center in Jonglei state was caught in crossfire. A six-year-old boy was shot and died. Thirty-five other patients were injured. The center was looted of medical equipment and medicines.

In the days of the July crisis, when Patrick’s client was avoiding roads and hiding in the bush, shelling hit the maternity wing of an International Medical Corps hospital within a UN Protection of Civilians site in Juba. Fifty thousand people were suddenly without medical services and humanitarian aid.

Patrick had reason to be scared. Health workers, patients, and facilities are deliberate targets.

Last May, for example, soldiers at a checkpoint in Yei shot a doctor in the stomach while she was driving an ambulance late at night, returning from rushing a pregnant woman for emergency care. She died four days later from her injuries. In September, armed men threatened health officials at gunpoint while ransacking a health center in Lasu. In December, also in Lasu, SPLA-IO forces abducted three health workers during road clashes (they were later released).

And that’s not all. What’s happening in South Sudan exemplifies a continuing trend among conflict-ridden countries.

A new report by the Safeguarding Health in Conflict Coalition, Impunity Must End, documents attacks on health care in 23 countries in conflict around the world.

But documentation of such attacks remains spotty. The report’s numbers may greatly understate the actual extent and severity of these attacks.

And accountability remains almost non-existent. Despite the adoption of UN Security Council Resolution 2286 last year, which set out a roadmap to protect health in conflict, practically nothing has been done to enforce and implement it.

Impunity Must End makes concrete recommendations to end these atrocities, including regular reporting by countries to the UN on how they are preventing attacks, investigating those that occur, and holding perpetrators accountable. If member states fail to act, the UN Security Council—which met last week to discuss the resolution again—should initiate thorough investigations and establish accountability procedures. The UN Security Council must act.

The impunity must end.

Read more about Patrick in this Picture It post.

LINKAGES is a USAID-funded project working to reduce HIV transmission among key populations and to improve their enrollment and retention in care. FHI 360 leads the project in partnership with IntraHealth International, PACT, and the University of North Carolina at Chapel Hill.

IntraHealth is a founding member of the Safeguarding Health in Conflict Coalition. IntraHealth leads communications for the coalition and co-authored and edited the new Impunity Must End report. This blog post sites data from the report. 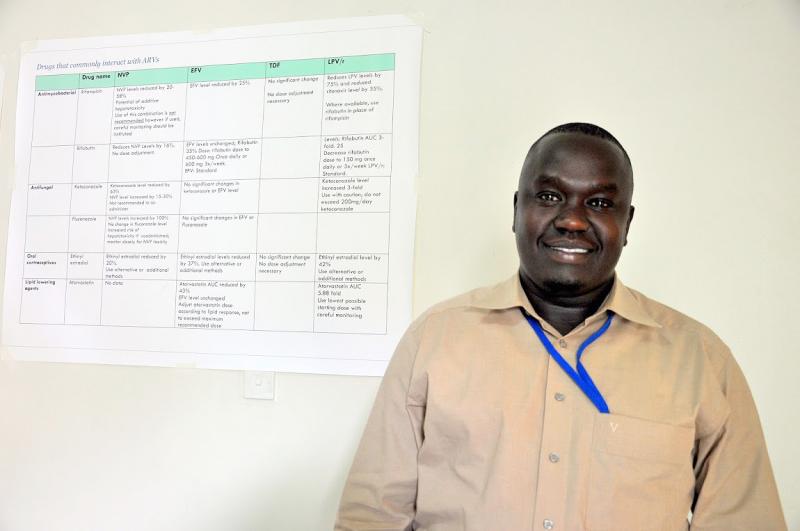 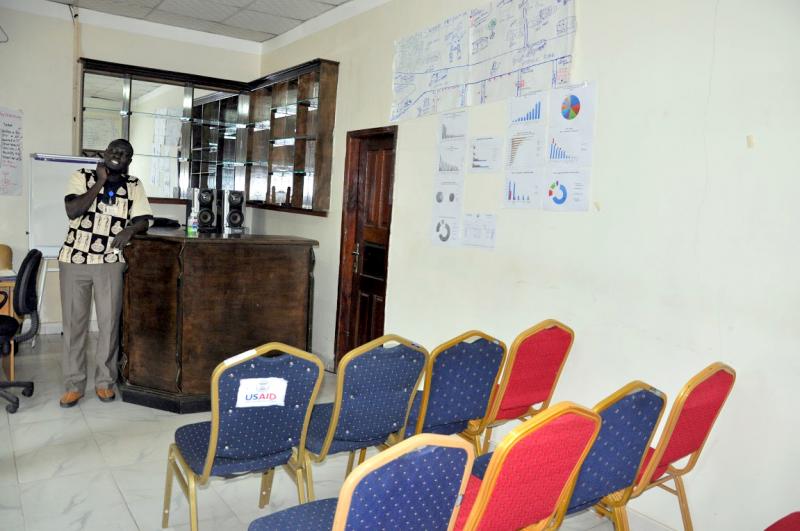 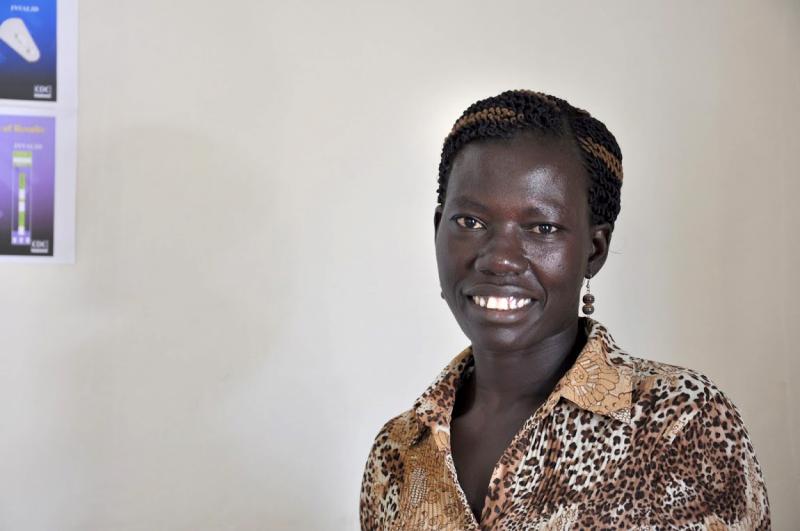 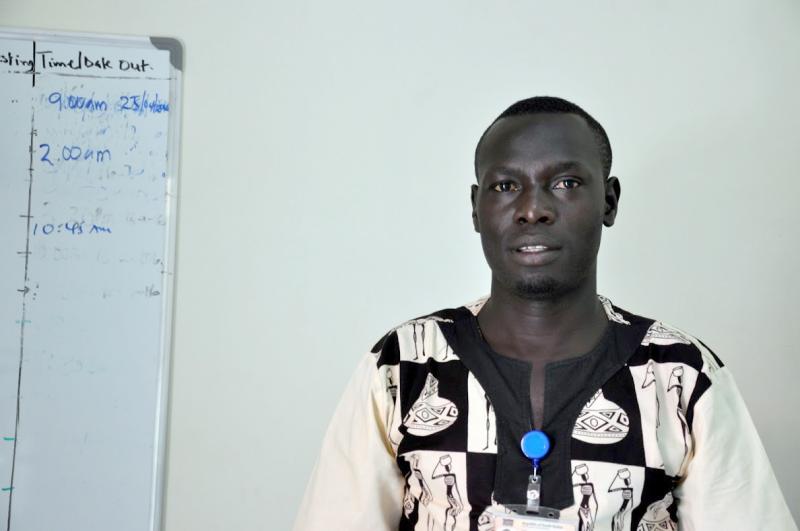 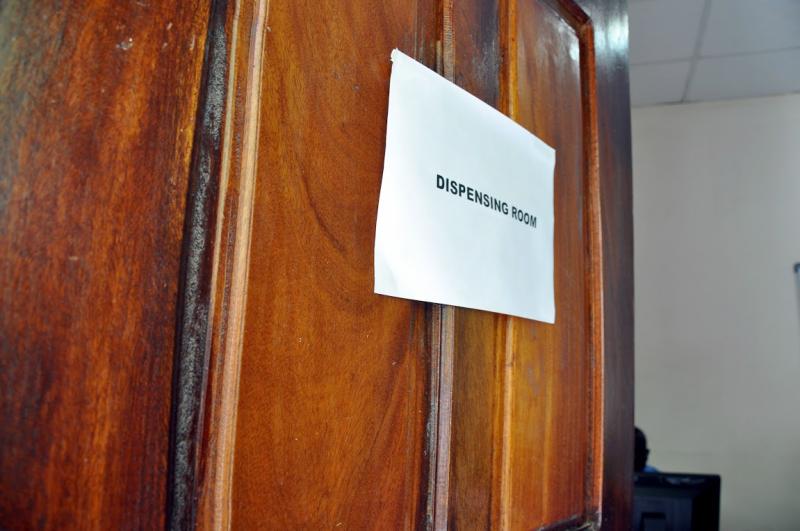 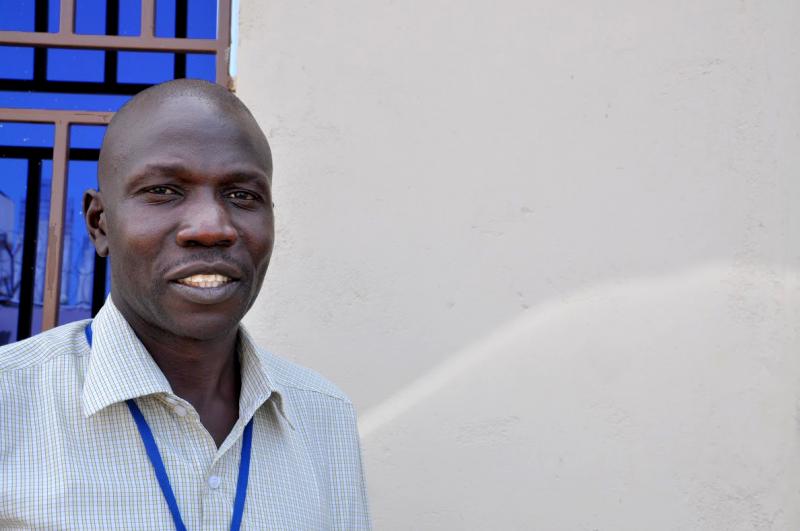 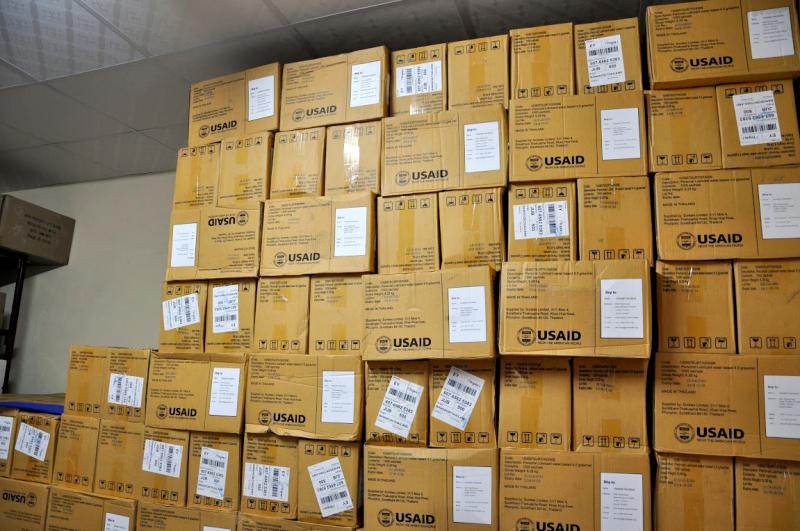 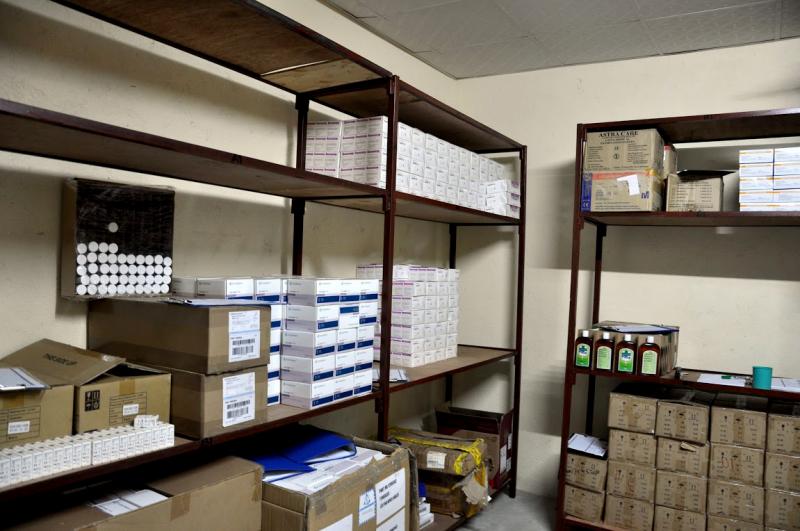 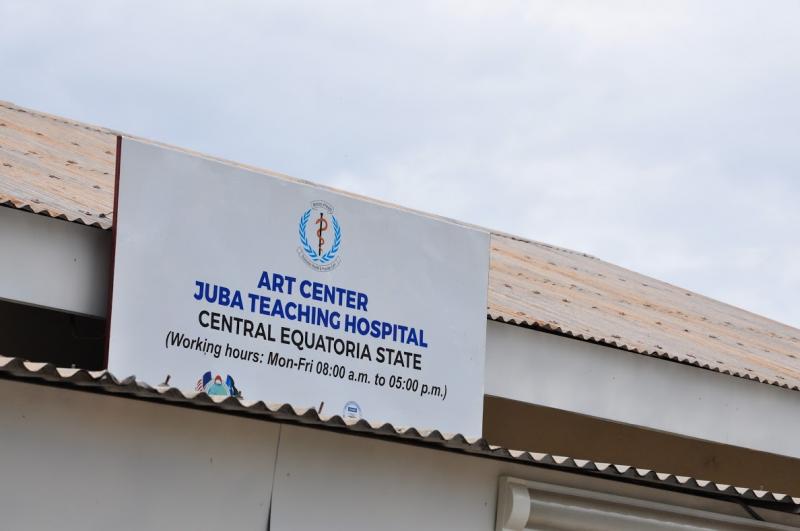 The ART center at the Juba Teaching Hospital, where LINKAGES clinical staff like Patrick provide HIV services on a weekly basis as support to the existing hospital staff. Photo by Alex Collins for IntraHealth International 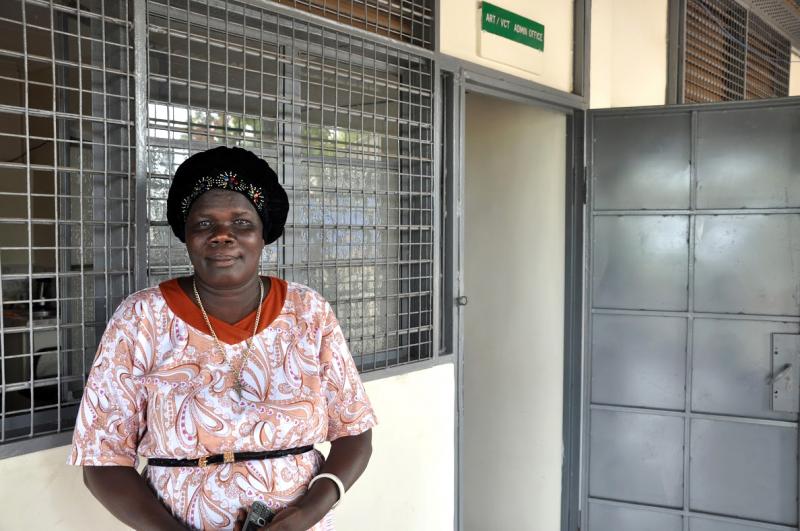 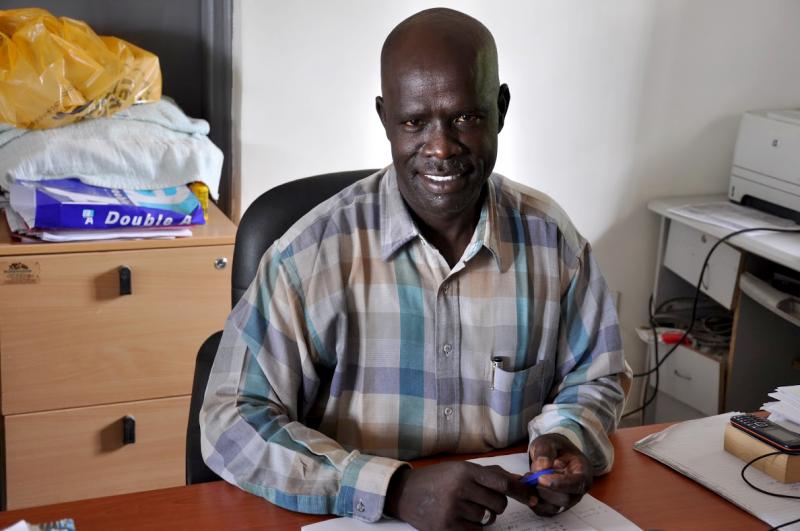 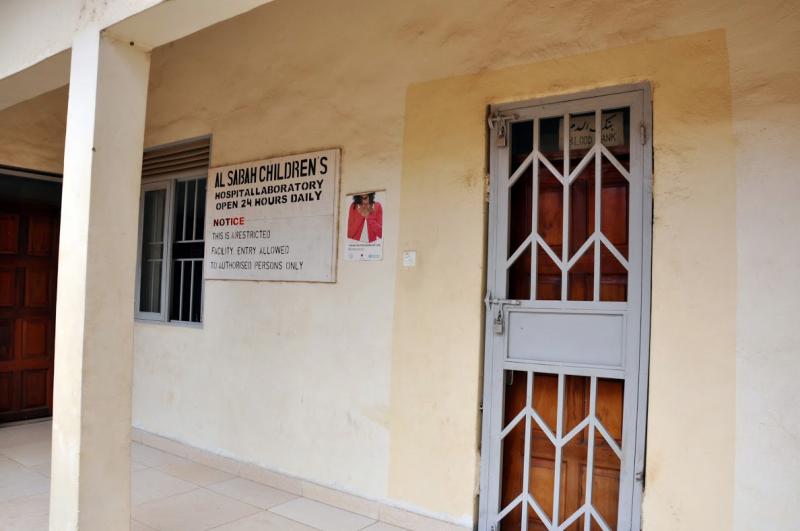 Al-Saba Children’s Hospital, one of the three main hospitals in Juba town. Photo by Alex Collins for IntraHealth International 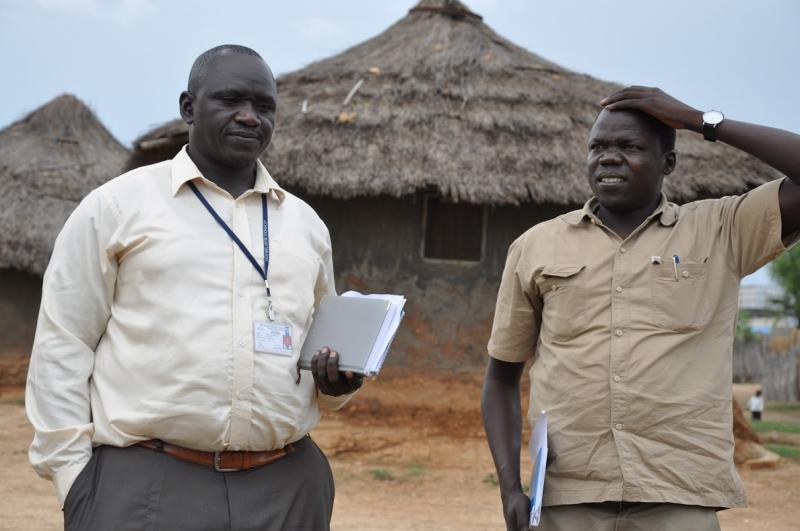 Barnabus Muzale (left), savings and internal lending communities officer for 4Children, a USAID-funded project led by Catholic Relief Services in Juba. This project works in close collaboration with LINKAGES to ensure that children and families affected by HIV are identified and receive the health and other essential services that they need. Photo by Alex Collins for IntraHealth International 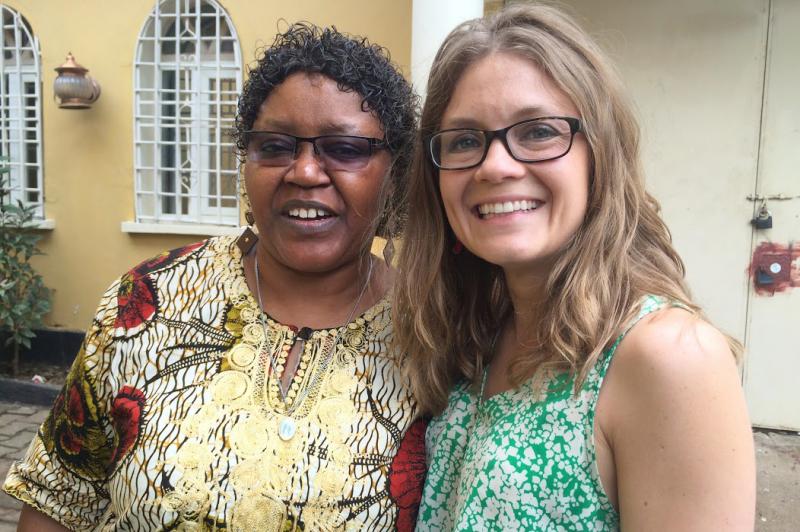