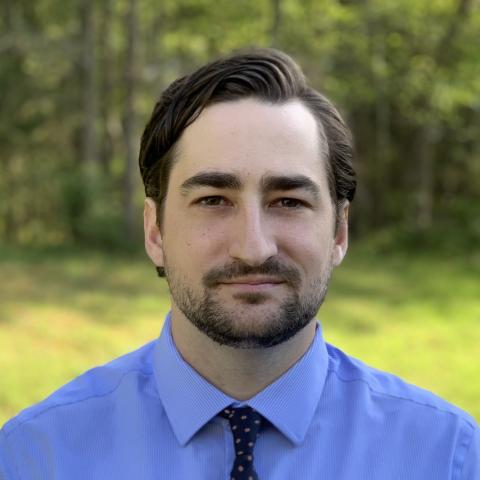 Ethiopia more than halved its number of new HIV infections in the country over the past decade. How?

A big part of the answer lies in the local organizations that are leading Ethiopia's national HIV response. Now, with the help of IntraHealth International’s Accelerating Support to Advanced Local Partners (ASAP) project, one Ethiopian nonprofit is focusing on gender inequality as a way to get even stronger results.

Mekdim Ethiopia National Association (MENA), a national nonprofit based in Addis Ababa, Ethiopia, is working with the Ethiopian Ministry of Health to improve health services for the estimated 670,000 people living with HIV/AIDS in the country. They lead eight other organizations in implementing a three-year HIV prevention, care, and treatment project that works to ensure HIV/AIDS treatment for everyone.

Within a short period of time, capacity building efforts enabled us to be a gender-inclusive organization.

In partnership with ASAP—which provides training and technical support to local organizations and governments so they can serve as prime partners for USAID and US President’s Emergency Plan for AIDS Relief (PEPFAR) programming— MENA has made big changes to advance gender equality in their work. "Within a short period of time, capacity building efforts enabled us to be a gender-inclusive organization,” says Menelik Negussu Retta, MENA’s deputy executive director and program director. And they’re using these approaches to not only to strengthen their organization, but to reach more women and girls with HIV care and prevention services than ever before. Here’s how:

Early in 2021, MENA hired a gender specialist to lead the organization’s gender mainstreaming efforts. This is one way MENA is not only incorporating a gender perspective into its institutional culture (including its policies, strategies, programs, project activities, and administrative functions) but also working to achieve greater gender equality in its programmatic outcomes.

“This is the first time I’ve seen job descriptions revised to include gender mandates in line with their responsibilities,” says MENA’s new gender specialist. “It really got the staff’s attention. I found revising job descriptions to be an easy and systematic way to effectively implement the gender policy.”

The gender specialist, who was recently made a member of MENA’s executive leadership team, works with staff from across the organization—including 20 newly appointed gender focal persons who coordinate gender mainstreaming at MENA’s offices in Shashemene, Jimma, Adama, Bahir Dar, and Desse—to implement the organization’s new policies and practices on gender equality.

MENA developed a new anti-sexual harassment and abuse code of conduct, which all its employees have signed. For the first time, information about who to contact if sexual harassment or abuse occurs has been posted around the office both in English and Amharic, making it easier for staff or beneficiaries to report incidents to the human resources team.

MENA works with eight other local health organizations to improve their gender mainstreaming policies and practices by using the ASAP gender trainings they participated in to deliver similar trainings to the other organizations.

Through ASAP’s network of HIV service nonprofits committed to advancing gender equality in their work, MENA collaborates with other organizations to share what has worked for them in gender mainstreaming. Previously, there were only limited coordinated efforts to share this kind of knowledge and expertise between local organizations.

For example, as part of MENA’s renewed focus on gender equality, the organization is now training over 20,000 adolescent girls in Addis Ababa in self-defense to prevent violence against women, a significant cause of HIV infections.

“Gender mainstreaming technical support has helped MENA be more conscious of our work’s contribution to gender equality,” Mr. Menelik says. “Management has decided, from now on, gender mainstreaming will be integrated into all our programs.”

Thanks to Mr. Menelik Negussu Retta and other program and MENA staff members for providing information for this post. Yitaktu Tibebu, Afework Balcha, Carolina Mejia, and Catherine Brokenshire-Scott contributed to this article.

ASAP is funded by the United States Agency for International Development (USAID). The project has partnered with 47 local organizations and six government entities across 13 Sub-Saharan African countries to strengthen their institutional capacity in areas such as gender, program management, monitoring and evaluation, financial management, human resources, and business development. In Ethiopia, IntraHealth has worked with 12 local organizations to prepare them to receive direct funding from USAID for fiscal years 2019 and 2020. Of these local organizations, five local prime organizations were transitioned from fixed amount award/contract to cooperative agreements in the 2021 fiscal year.

This publication is made possible by the support of the American people through the United States Agency for International Development’s (USAID) Office of HIV/AIDS and the President’s Emergency Plan for AIDS Relief (PEPFAR) under the terms of Contract No. AID-OAA-I-14-00031. The contents are the sole responsibility of IntraHealth International and do not necessarily reflect the views of USAID or the United States Government.