The numbers of women and girls subjected to violence are staggering. Estimates suggest that one in three women globally have experienced either physical or sexual violence at some point in their lives.In some areas of the world, violence against women and girls is endemic, with the prevalence of intimate-partner violence alone. It is as high as 37% in Southeast Asia.

This is a grave violation of human rights.

In some regions, victims are 50% more likely to acquire HIV.

Today is the International Day for the Elimination of Violence against Women, an annual day aimed at increasing awareness and hastening progress toward ending all violence against women and girls globally.

The United Nations defines violence against women as any act that results in, or is likely to result in, physical, sexual, or mental harm or suffering to women, including threats of such acts, coercion, or arbitrary deprivation of liberty, whether occurring in public or in private life. Violence occurs in many forms—physical, sexual, and psychosocial—and has a long-lasting emotional and mental impact that affects overall well-being. In some regions, victims are 50% more likely to acquire HIV, according to a 2013 report from UNAIDS.

To address target 16.2, a Global Partnership to End Violence against Children is forming to bring together governments, international organizations, civil society, faith leaders, the private sector, philanthropists and foundations, researchers, and academics to confront the unacceptable levels of violence that children suffer.

A well planned, developed, and supported social service workforce is a key component of a strong system needed to address this issue, and the Global Social Service Workforce Alliance’s mission is to help develop and strengthen this workforce.

Social service workers are trained to analyze and understand the complex and varied reasons that violence is perpetrated against women, and can support communities in changing societal behaviors and preventing violence. Social service workers also play a key role in providing counseling and referral services for care and treatment of physical, mental, and psychosocial health.

Social service workers are trained to analyze and understand the reasons that violence is perpetrated against women.

Creating an environment where women and girls are comfortable sharing that they have been victims of violence is an essential first step to providing care and treatment.Social service workers can also be advocates to the government and for victims, and oftentimes have a leading role in obtaining justice by working closely with law enforcement.“Child protection workers and violence [prevention] advocates are now finding new ways to work together,” said Dr. Bernadette J. Madrid, MD, executive director of the Child Protection Network Foundation, Inc. in the Philippines. “New studies show that interventions to prevent domestic violence can also reduce the exposure of children to domestic violence leading to synergistic effects. These results are very exciting to professionals working in the Women and Child Protection Units in the Philippines. While there are different issues that separate violence against women and violence against children, there are also intersections for cooperative efforts.”

Show your support and help raise awareness by joining in 16 days of activism:

Learn MoreThere are many resources on this topic. Take a look at these:

A version of this post originally appeared on the blog of the Global Social Service Workforce Alliance. 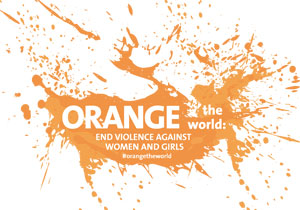