Six Steps on the Long Road to Gender Equality 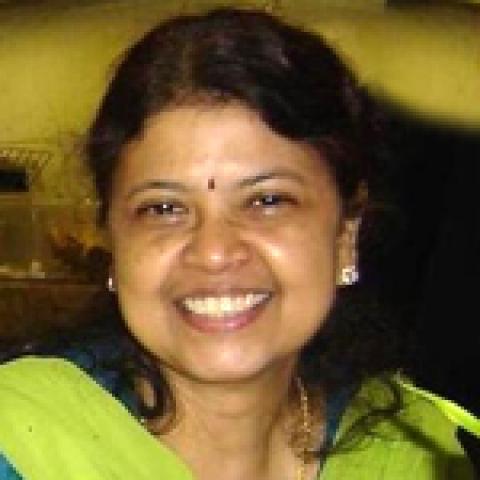 In the 2012 Delhi gang rape case, a 23-year-old aspiring health worker was beaten and gang raped while traveling in a private bus with a male friend. Thirteen days later, she died.

The victim's ordeal changed public conversations about women's issues and gave rise to new hopes that things were finally about to change in India. But today, despite new sexual assault laws, sexual harassment, rape, and other forms of gender-based violence remain rampant both in public places and in the privacy of Indian homes.

It takes more than one year to undo the perceptions, attitudes, and abuses solidified by centuries of patriarchy. As women, we need to be more aware of our rights and confidently claim them. But that takes courage, and invites risk.

My Own Encounter with Fear

As a college student in Delhi in the late 1980’s, I travelled regularly on public buses. I knew, like all other girls and women of that time that I was expected to tolerate a certain level of sexual harassment, such as inappropriate staring, verbal comments, and touching, if I ventured into the public space.

One afternoon my tolerance was tested by a young man who deliberately groped my breasts on a crowded bus trip home. I do not know from where I mustered the courage, but I slapped him across his cheek. My stop came and I quickly got off the bus. To my chagrin, the young man followed me. My courage vanished.

I started walking faster and faster, casting furtive glances, certain the man was following me. My body was shaking. If I walked home, this man would know where I lived, but I did not know what else to do. Eventually the man disappeared. I kept anticipating that he would reappear from a side alley.

Once home, I broke into tears. I spent the next few months reliving that nightmare and dreading my daily walk home from the bus stop. I still get goose bumps thinking of that day. Such incidents can leave survivors with permanent scars while the perpetrators move on with their lives unaffected.

Fortunately, social and gender norms and attitudes are not static and can be changed or reconstructed.

What can we do to reduce discrimination and violence against women?

1. Understand power and discrimination. Sexual harassment is not about sex but about abusing power. Human diversity means differences, and these should be celebrated. Attaching a value of superiority or inferiority to a difference leads to discrimination and exclusion. For example, in India, being born fair skinned, in upper caste, or male are all considered superior, which has led to generations of discrimination against those who do not belong to these groups.

2. Recognize gender diversity. Gender-based discrimination should be approached within a broader diversity framework. Discrimination is influenced by other factors such as ethnicity, race, religion, caste, ability, and age, to name a few. An illiterate, poor widow in rural India grapples with very different gender issues than a young, educated, urban woman faces.

3. Start with self. Change always begins with the self. Each one of us plays multiple roles in our lives. We may belong to some powerful groups that set the rules. We may also belong to groups that must follow rules set by others. For example, I am an Indian woman, a mother, a daughter, and from upper caste. As a woman in a patriarchal society I belong to a subordinated group, but as an upper-caste Indian, I belong to the dominant. My adolescent daughter is expected to follow the rules I set as a mother, but as a daughter, I am expected to obey my parents.   Each of us can become more conscious of our experiences with power and disempowerment and draw from them to be more inclusive and nondiscriminatory when we are the ones in positions of power

4. Meet the other. We must try to understand other groups. We must check our assumptions and use these three strategies: suspend judgment, engage with curiosity, and find common ground.

For example, as daughters, sisters, and female colleagues, we should share our perspectives with the men in our lives and listen to theirs. We cannot assume we know their views about gender roles and must engage with them to explain, educate, and share our insights to dispel prejudices, myths, and misconceptions.

5. Raise our boys and girls with the right values. We must raise children with the values of equality, nondiscrimination, nonviolence, and appreciation for diversity. In our roles as mothers and teachers, we must be careful to impart the right messages, not only through our words, but by our actions.

6. Create an enabling environment. We must build the capacities of the legislative and judiciary bodies, police, media, and other stakeholders we work alongside to be sensitive and responsive to gender discrimination in their policies and practices.

As an organization committed to diversity and gender equality, IntraHealth must promote these strategies internally and continue to find opportunities in our projects to advocate for zero tolerance to gender-based violence in the health workforce and in the communities where we work.

With collective resolve and actions, we can create a new world where women are not endangered but are instead energized, enlightened, and empowered.

This post is based on remarks shared at a Woman Endangered panel in Delhi last month.