In Rural Uganda, One Trans Woman Fights for HIV Care for All 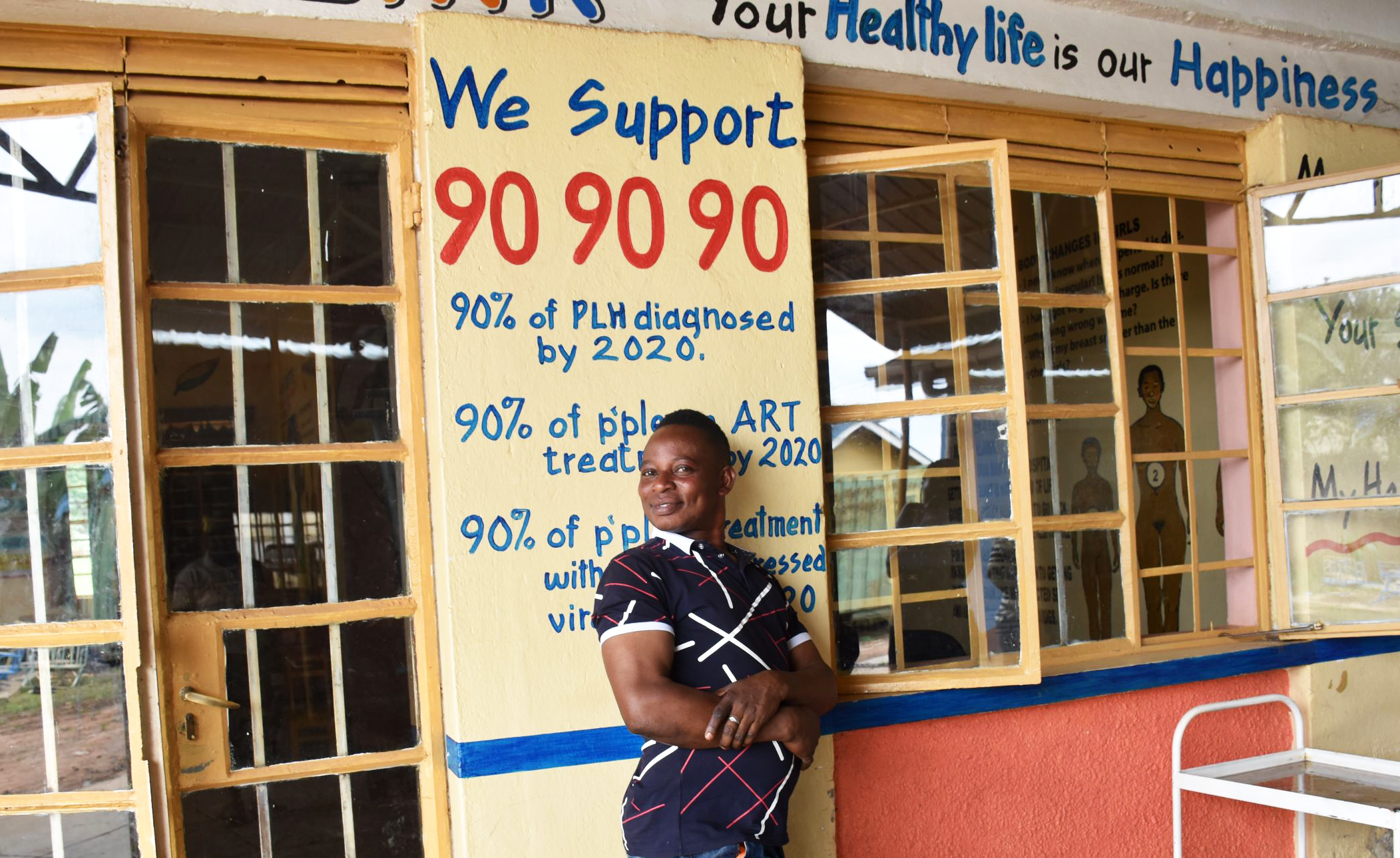 She knows from experience that health workers can either push LGBTI clients away from the care they need—or draw them to it.

When I met Sempijja Dalausi, aka Mrs. Pontoshi, the first thing I noticed was her infectious laugh.

A transgender woman and former sex worker, Mrs. Pontoshi lives with HIV in rural Uganda. And she’s working toward a world where all members of the lesbian, gay, bisexual, transgender, and intersex (LGBTI) community have access to high-quality HIV services.

Denial was her first reaction when she tested positive in October 2009.

Despite counseling and a referral for additional services, Mrs. Pontoshi could not manage to stay in treatment. The health workers picked on her—“They wondered out loud if I was a woman or man,” she recalls—and the lines at the clinics were so long.

At the time, most HIV clinics in Uganda were unprepared to handle issues that affect members of key populations, such as sex workers, transgender and gay men and women, and intravenous drug users, all of whom are most at risk of contracting the virus.

I fell into a deep depression, lost a lot of weight, and my viral load was at an all-time high.

When key populations are stigmatized or unable to access HIV services because of discrimination, their health and dignity in the community are threatened. And the epidemic spreads.

It was a very dark time for Mrs. Pontoshi.

“I felt small and lots of self-stigma from the ongoing and persistent open discrimination,” she says. “I lost interest in visiting the health center for medication. I fell into a deep depression, lost a lot of weight, and my viral load was at an all-time high. Life was difficult.”

She was working as a hotel waitress but soon lost that job, and retreated in shame and pain. She didn’t want anyone to know her struggles.

“I feared my family and community would throw me out because of my lifestyle and HIV status,” Mrs. Pontoshi says. “Looking back, I think it was sheer ignorance of the providers, because over the ensuing years, HIV services have improved.”

The person who changed her life

Wandawa is the technical officer for USAID Regional Health Integration to Enhance Services in Eastern Uganda (USAID RHITES-E) in Mbale district. Before that, he was a counselor with the AIDS Support Organization and took keen interest in Mrs. Pontoshi’s case. He followed up with her to ensure she was adhering to treatment. It was difficult, but he never gave up.

Mrs. Pontoshi says Wandawa was friendly, and eventually his counseling encouraged her to resume her antiretroviral treatment (ART) regimen and publicly share her experiences as a transgender woman.

Slowly, Mrs. Pontoshi bounced back. Now she is healthy and uses her story to change the lives of others living with HIV in Mbale.

And she’s working with IntraHealth International’s USAID RHITES-E to advocate for inclusive HIV services for all members of key populations in her community through her work as an executive director of Friends of the Marginalized Uganda, an LGBTI organization that’s leading the LGBTI community in five districts in Eastern Uganda, where the HIV epidemic has taken a huge toll.

The LGBTI community in Uganda still faces discrimination and harassment, especially from those in power.

According to the 2016 Uganda Population-based HIV Impact Assessment, HIV prevalence among female sex workers is 33-37% higher than that of the general population, which is 6.2%. Routine HIV testing services data indicate an average HIV prevalence of 3.5% in the general population and 10% among key populations, including female sex workers, people who inject drugs, and men who have sex with men.

And it’s paying off. During July–September 2017, RHITES-E helped get 81.3% (26/32) of HIV-positive members of key populations initiated on ART. Having leaders like Mrs. Pontoshi at every health facility as linkage facilitators, the project reports, resulted in 100% (38/38) linkage of clients from key populations who have tested positive under the project, during October–December 2017.

More to be done

The LGBTI community in Uganda still faces discrimination and harassment, especially from those with power and those who hide behind Uganda’s notorious homosexuality bill.

“In May 2018, the police raided our office in Busia and took all our materials, including condoms and lubricants, citing that we are promoting homosexuality,” Mrs. Pontoshi says. “This is not true.”

Arrests are frequent within the community. Most members are afraid to disclose their HIV status or their sexual orientation, for fear of discrimination and arrests.

Recently Mrs. Pontoshi was elected to be a local councilor and chair of the finance committee of her Wanale division. With this new vote of confidence from her community, she intends to continue using her voice to advocate for their rights and seize opportunities to ensure lifesaving health services for all.

Last week at AIDS 2018, the International AIDS Society presented an award to Mrs. Pontoshi and Phillip Wandawa as part of the Me & My Healthcare Provider: Doing the Right Thing, 2018 Awards. Learn more about IntraHealth's participation at AIDS 2018. 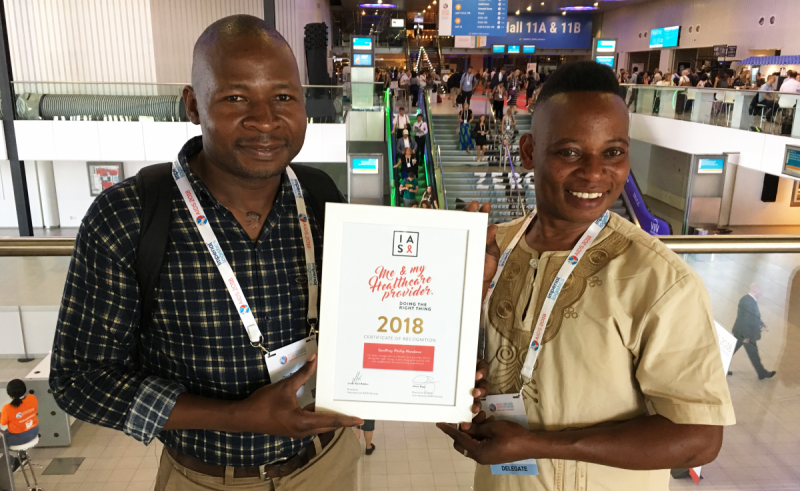 Phillip Wandawa (left) and Mrs. Pontoshi accepted their award last week at AIDS 2018 as part of the ceremony for Me & My Healthcare Provider: Doing the Right Thing. Photo courtesy of Lindsey Freeze.