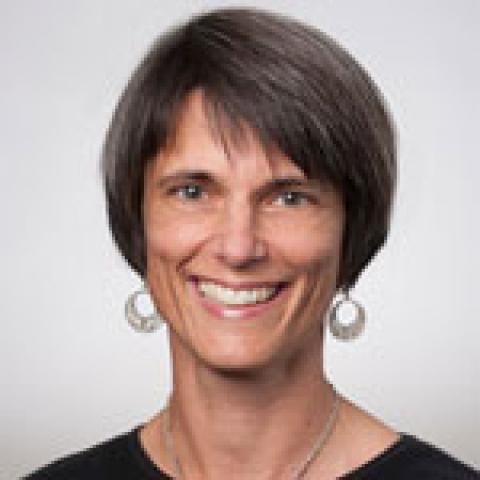 At a health center in Tis Abay, near Ethiopia’s Blue Nile Falls, a group of health workers gave my colleagues and me a tour of their maternity block. This health center is one of over 500 in Ethiopia that IntraHealth International has worked with to deliver high-quality maternal and child health services and prevent transmission of HIV from mothers to their children. Bekalu Afenew, the health center manager at the time, welcomed us and guided us through the different buildings. He was relatively new to the Tis Abay health center, having arrived about 18 months ago. A veteran health worker with over 32 years of service, he’d hoped his next posting would be in a bigger city, such as the nearby Bahir Dar.  But instead he was posted to Tis Abay, which serves a population of 19,611. Each day, Bekalu travels over an hour to work. His evening trip home sometimes takes twice that. But his commute from Bahir Dar to Tis Abay allows his family to attend school and have basic amenities such as water and electricity. Such benefits are important for retaining health workers in their posts. Throughout Africa, retaining health workers and motivating them are important issues ministries of health are facing. Bekalu’s experiences are a prime example of how difficult this can be, especially when health workers are posted to rural areas that have few resources and opportunities for education. Several of Bekalu’s new colleagues arrived the same time he did, including a midwife and a clinical nurse who serves as the health center’s focal person for preventing mother-to-child HIV transmission. These are key positions Tis Abay needs to address HIV (the Amhara Region’s prevalence rate is 3%) and to serve the women who deliver at the health center each month (an average of 13). Tis Abay, despite being about 30 kilometers from Bahir Dar (a town of 200,000), is a rural area where subsistence farming is the mainstay. Only 10% of births occur in health facilities in Amhara Region, as many women prefer to deliver at home with family members. But this means women are often dangerously far from health facilities, should any complications occur during labor and delivery. “I want to satisfy my clients,” Bekalu says. “I want to see they’re healthy.”  He and his staff have been working to convince pregnant women in Tis Abay and their families that delivery at his health center is safer for all. With input from the community—and now financial support from the government and community—a delivery waiting home is under construction within the health center compound. Community members donate construction materials and money because they know the new waiting home will ensure pregnant women are well cared for when they arrive. The health center team is passionate about tracking women to ensure they come for care on time and, if they’re HIV-positive, that they don’t miss appointments.

The Mother Support Group, an approach introduced by IntraHealth in 2005, is one way Bekalu’s staff does this. HIV-positive women serve as mentors and lead discussion groups for HIV-positive pregnant and lactating women. At Tis Abay, the mother mentor leads a group of 19 members, all of whom have infants. Since Bekalu’s arrival, she says, the link between the health center staff and the support group has improved. They work closely to make sure that no one misses appointments and that if a woman expresses concerns about dealing with HIV, she gets the information and assistance she needs. Bekalu and his team know that the mother mentor is the most respected source of information for many clients, and that she keeps women coming back to the health center for care. Bekalu has made other improvements at Tis Abay since his arrival, too. For example, the antenatal care clinic was situated far from the lab and pharmacy when he arrived, meaning that clients had to walk from the clinic to the lab for tests, then back to the clinic, and often back to the lab to pick up their prescriptions. So he proposed relocating the lab and pharmacy to be closer to the antenatal, maternity, and inpatient services. The lab and pharmacy staff, though, were not pleased. Why should they have to change location and set up their facilities afresh just to convenience the clients? It took time and perseverance, but Bekalu eventually convinced them. Now he hears positive, thankful responses from his clients. The challenges are many, Bekalu admits, but he’s passionate about providing high-quality care to Tis Abay. Despite his long commute and the disappointment of not being posted where he’d hoped, he knows he is appreciated and is improving health for Ethiopia. And that’s why he became a health officer in the first place. “I want to bring for the patients, environment, and population satisfaction,” he says. “I work for this.”

In Tis Abay, IntraHealth’s Community Prevention of Mother-to-Child HIV Transmission project helps build clinical capacity through training and supportive supervision (in partnership with the Ministry of Health), provision of equipment, and strategies for meeting and management effectiveness. 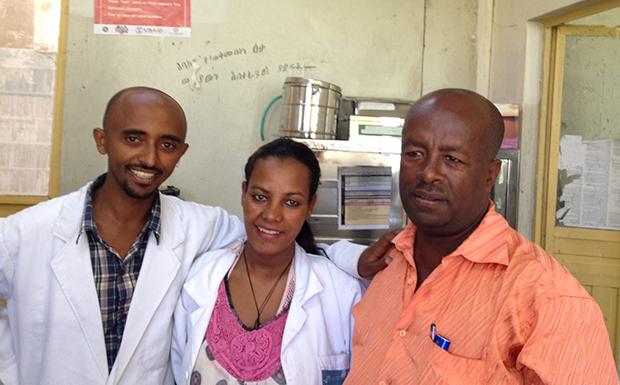