The Right Training and Equipment Save Tajik Triplets' Lives 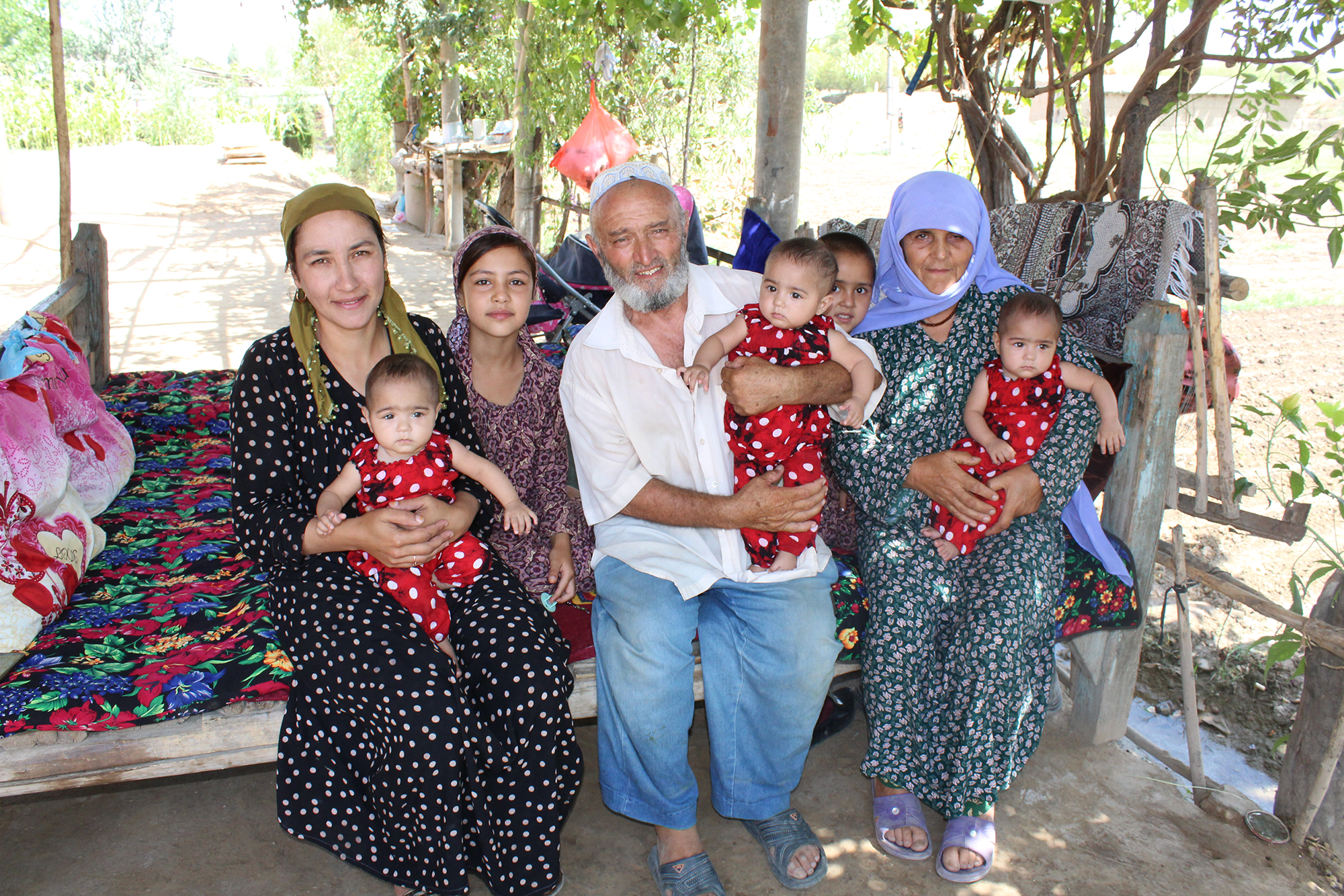 Meet the first surviving triplets in the history of this region of Tajikistan. 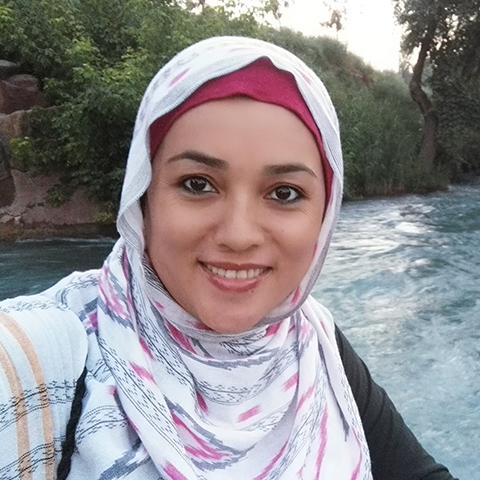 The 32-year-old gave birth to her first daughter at the regional maternity center in Balkhi, her home district in southwestern Tajikistan. However, the poor quality of the services led her to have her second daughter at home.

In 2017, pregnant once again, Parvina was shocked to learn she was pregnant with triplets.

“I didn’t know what to do," she says. "I was sure that our district doctors were not capable of this kind of delivery, and my family’s financial situation is difficult. We live far from any maternity hospital and we can’t afford to travel for health services.”

Parvina’s mother-in-law was equally worried. “Triplets can come earlier or be smaller than other babies," she says. "Our entire family was concerned about Parvina’s and the babies’ health.”

The mortality rate for premature infants has decreased by 32%.

The family’s concerns were justified. Until 2016, hospital maternity wards in southwestern Tajikistan did not have the capacity to provide care for premature or low-birth-weight babies. Most of these children, including triplets born in 2015, died within their first six days.

In 2017, the IntraHealth International-led Feed the Future Tajikistan Health and Nutrition Activity (THNA) dramatically improved the maternity ward at the central hospital in Balkhi and at other hospitals throughout the project’s 12 target districts with specialized equipment and extensive training for health workers. 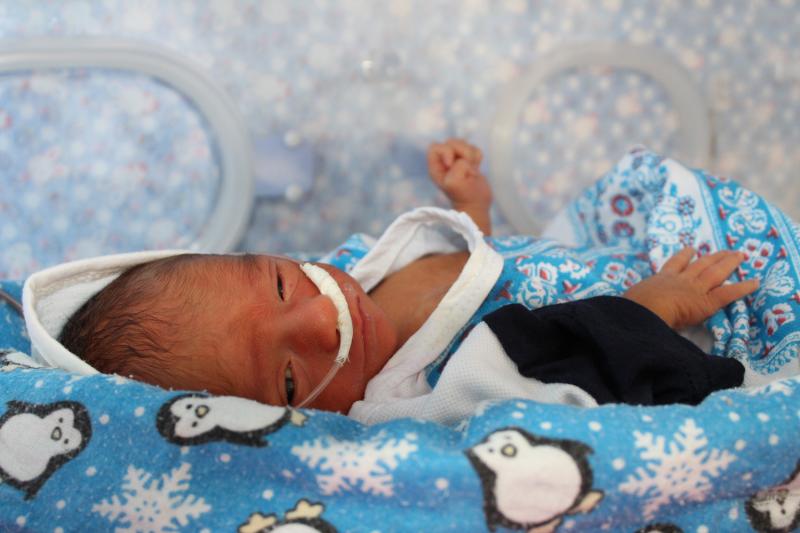 A premature newborn in Balkhi maternity hospital, in the THNA-provided incubator. Photo by Khosiyatkhon Komilova for IntraHealth International.

Perinatal and emergency obstetric care in all target districts has improved by 30%.

As a result, perinatal and emergency obstetric care in hospitals in all target districts has improved by 30%.

Parvina was hospitalized a month before her delivery and in December 2017, she gave birth to three premature baby girls: Khadija, Fotima, and Oisha.

Each baby weighed less than two kilograms (approximately 4.5 pounds). During the birth and the first seconds of the newborns’ lives, qualified staff were ready to provide necessary assistance and care. The girls spent 18 days in incubators provided by the project while health workers taught Parvina the principles of exclusive breastfeeding for the babies’ first six months.

On the girls’ twenty-first day, Parvina and her healthy, growing daughters were discharged from the hospital. 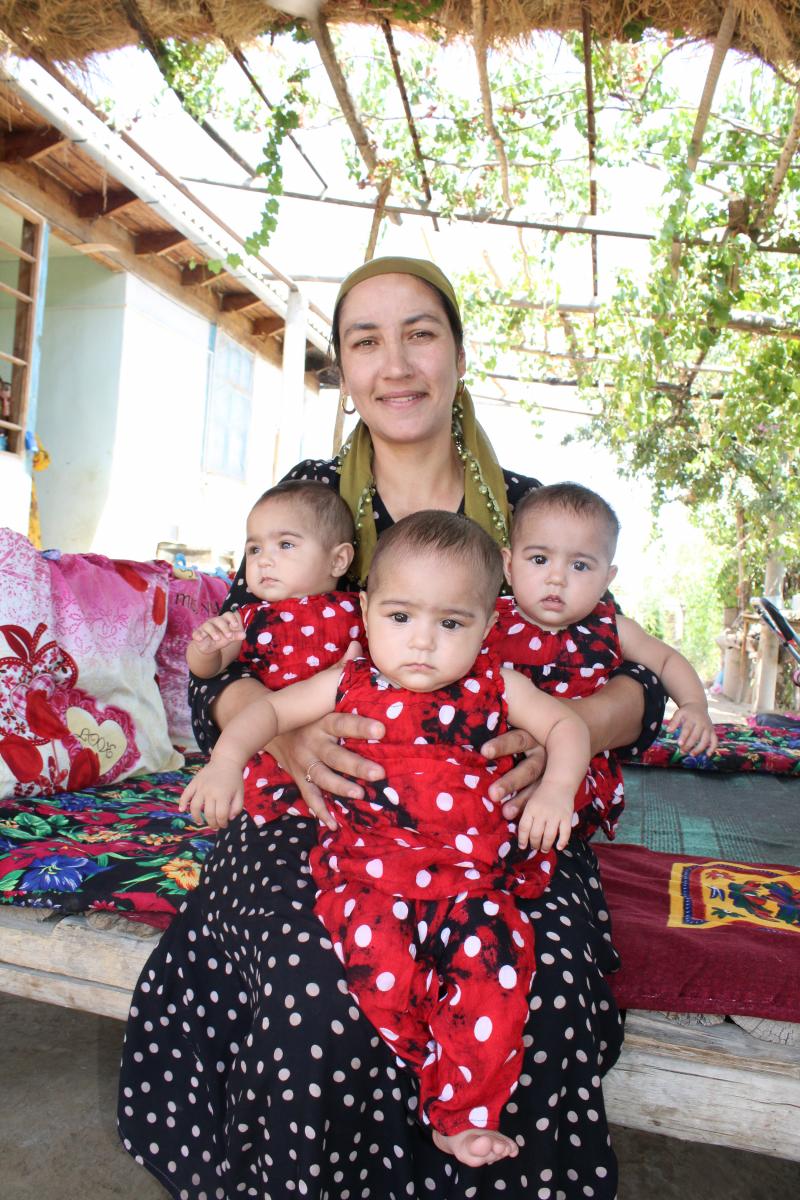 "I have three miracles in my hands," Parvina says. Photo by Khosiyatkhon Komilova for IntraHealth International.

“With the new knowledge and equipment we received from the project, we were able to provide quality care to newborn triplets for the first time in the history of our hospital,” says neonatologist Haknazar Qalandarov.

Parvina and her triplets are famous not only in their village but in the entire district. As the first successful triplets in the history of the district, they give hope for better health services and a healthier future.

IntraHealth International leads the USAID-funded Feed the Future Tajikistan Health & Nutrition Activity and, with our partner Abt Associates, are working to improve health and nutrition in Tajikistan, particularly among women and children in the Khatlon oblast. The activity integrates high-quality maternal, newborn, and child health care at the family, community, clinical, and national levels, with an emphasis on nutrition, sanitation, and hygiene.

How Do We Measure the Success of Integrated Health Services?

We're excited to announce our newest project, ASAP II, which builds on the successes of ASAP I and will rapidly pre… https://t.co/dmqI4Za02Z