To Overcome Myths about Contraception, This Nurse Goes Beyond the Clinic

Geita region has one of the highest fertility rates in Tanzania and maternal mortality is high. Deus Bahame is working to change that. 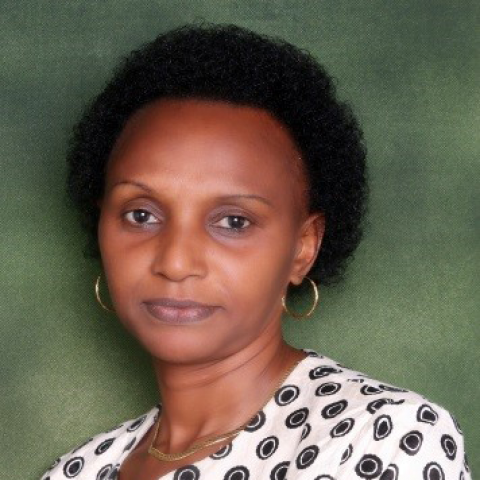 When registered nurse Deus Bahame learned that many girls in Tanzania’s Bukombe District Council started having children at the age of 14, he knew he must do something.

“With limited family planning services, by 28 to 30 years of age, these young women will have given birth to nine or ten children,” Bahame says. “We met them at the clinic only when they were already pregnant. There is no way we can improve these women’s lives and reduce maternal mortality in such a situation.”

So he became passionate about ensuring that women and girls in his district have access to high-quality reproductive and child health services—including family planning.

Fear and rumors keep women in the region from using family planning services.

Geita region, where Bahame works, has one of the highest fertility rates in Tanzania—6.7 children per woman—compared to the national average of 5.2. The modern contraceptive prevalence rate (mCPR) is similarly low in the region at 13%, compared to the national rate of 32%. And yet evidence demonstrates that modern family planning can reduce maternal mortality by 43%.

Bahame had been trained through IntraHealth International to provide comprehensive long-acting reversible contraceptives (LARCs) at public health facilities in Tanzania in 2014. But he saw low uptake in his facility’s catchment areas, and progress was slow. So he decided to invest in providing women at the clinics with education and information through informal group discussions before they sought care.

He gathered a detailed narrative of the obstacles that keep women from using family planning services, including fear of violence from disapproving husbands/partners, fear of side effects such as irregular menstrual bleeding, and widespread myths and misconceptions.

“Some women still think an IUD can travel from the uterus through the intestine to the heart, or that it can cause serious stomach and backaches,” Bahame says. “Among men, it is widely rumored that before their female partners can get an IUD, the size of their penis has to be measured first, and if determined to be longer than normal, then their female partners will not be eligible for IUD insertion. This is very embarrassing for both men and women and limits their uptake for IUDs.”

Now Bahame goes beyond the health facilities into the surrounding communities to educate both men and women on the benefits of family planning.

These discussions have led more women to seek care at the health clinics.

He began by liaising with community leaders such as ward executive officers and village/hamlet leaders, who granted him permission to make reproductive health topics a standing agenda item at routine community meetings. There he led discussions around the importance of these health services for women, including antenatal and postnatal visits for new and expectant mothers.

Family planning topics were popular in later sessions and were commonly raised by the attendees.

These discussions led many more women to seek care at the reproductive and child health clinics, particularly for postnatal and antenatal visits. Bahame used these visits to talk directly with women about the benefits of long-term family planning methods and engaged satisfied users as champions for promoting and encouraging their peers.

This initiative tripled the number of clients using implants and IUDs at Ikuzi dispensary between 2015 and 2017. It scored highest among its peers for family planning users in Geita region in the October-November 2017 national-level results.

Bahame has since been recognized by the Ministry of Health and the Ministry of Community Development, Gender, Elderly, and Children, and has been appointed to be a family planning mentor for providing clinical mentorship within his district.

In its fourth year, IntraHealth’s Mwanamke Tunu project has trained 300 health workers like Bahame as well as provided clinical mentorship and coaching on providing LARCs to 1,203 health workers. The project trained health workers have provided 108,607 women with LARCs (20,293 IUDs and 88,314 implants) through 161 public health facilities in ten regions in Tanzania between 2014 and 2017.

IntraHealth’s Mwanamke Tunu project is funded by the Department for International Development and carried out in partnership with PSI Tanzania and Restless Development. It supports the Government of Tanzania to improve poor rural women’s access to family planning services, comprehensive postabortion care, and services related to gender-based violence and violence against children, particularly for adolescent girls and survivors of gender-based violence in Tanzania.