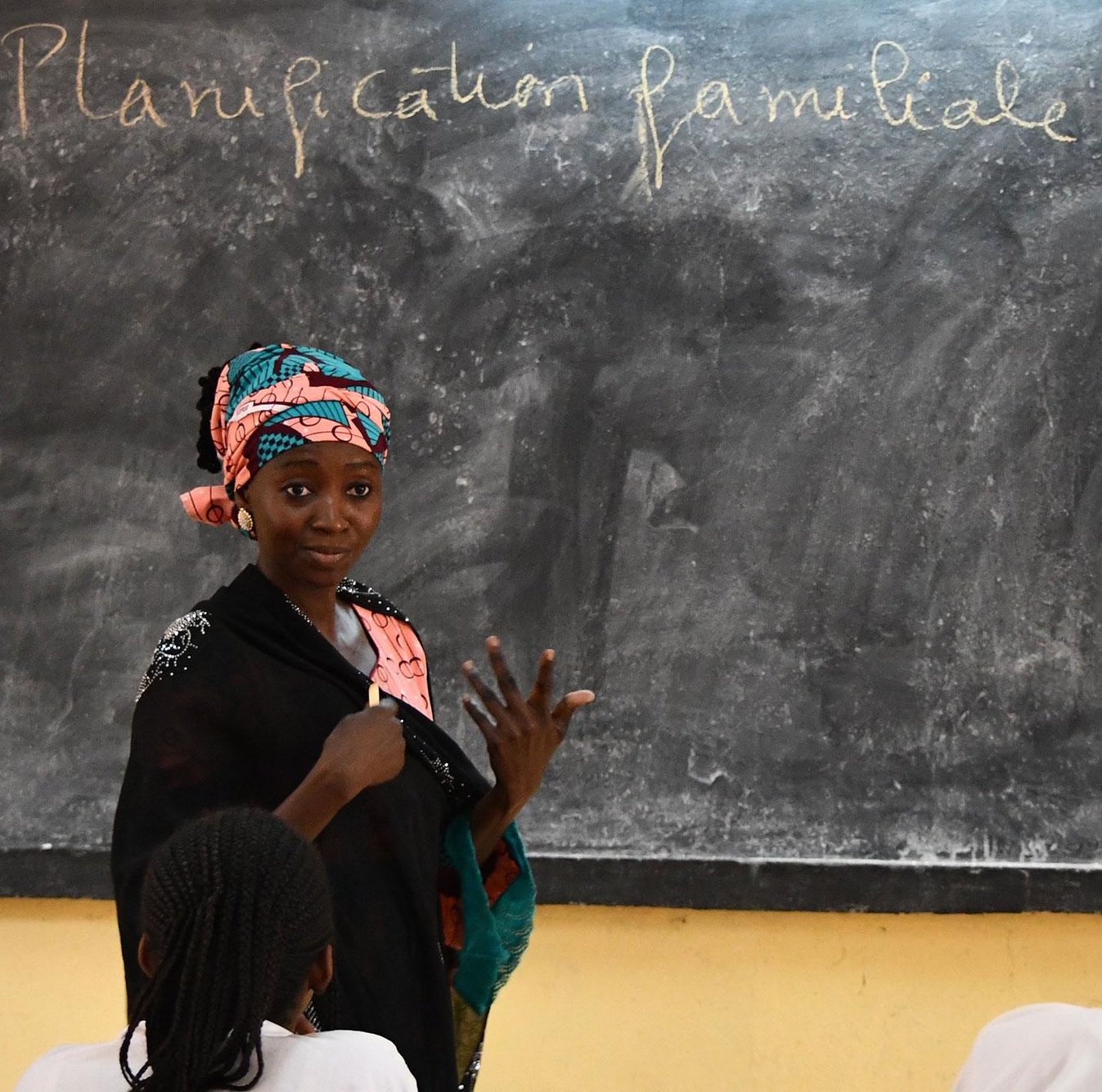 The Ouagadougou Partnership in francophone West Africa advances access to family planning for health and development. 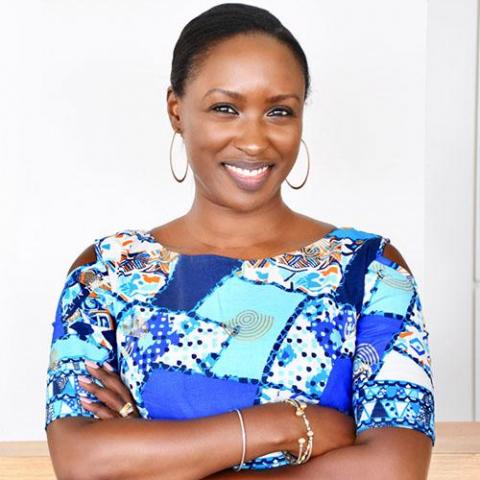 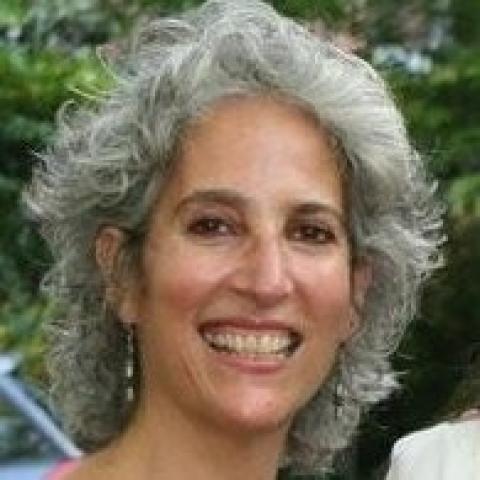 Sometimes innovation to spur social change arises in unexpected places. At a time of increased extremism and insecurity in West Africa, the remarkable story of a partnership to advance women’s health and empowerment through family planning is worthy of global attention. By tackling such challenges, the partnership provides hope for women, girls, and their communities in a troubled region, with lessons for other parts of the world.

The Ouagadougou Partnership achieved a level of success that was unimaginable at its outset almost a decade ago.

The story began in 2011, in Ouagadougou, the capital of landlocked Burkina Faso, when representatives from nine francophone West African countries joined with international donors to launch a simple but radical plan. The idea was to expand access to contraception in a region that was dramatically lagging behind the rest of the continent in maternal and child health. What became known as the Ouagadougou Partnership achieved a level of success that was unimaginable at its outset almost a decade ago, when even discussing family planning in such conservative societies was still perceived to be taboo. Even more important for future prospects, the partnership has evolved into a dynamic and influential regional platform involving governments, donors, civil society, and implementing partners, with a special emphasis on engaging young people. 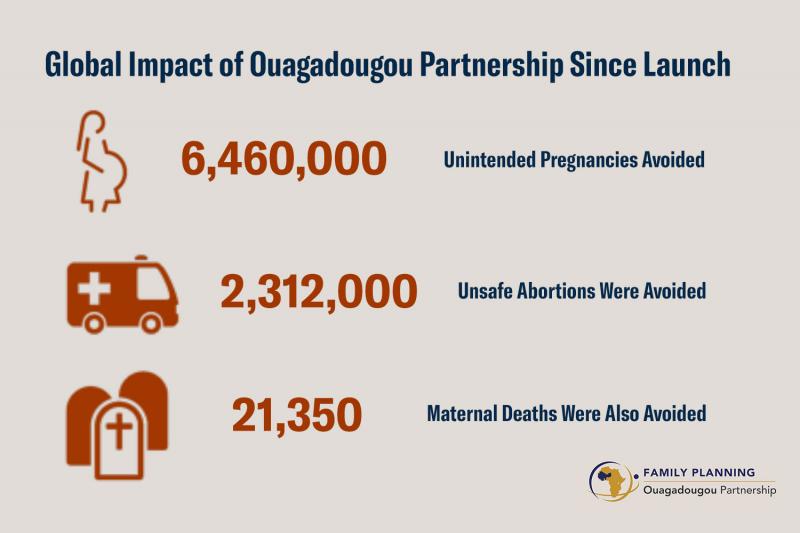 By focusing on the impact of family planning—often communicated as birth spacing—as a driver of other health and development outcomes, this partnership has generated new momentum and exposed new challenges for regional collaboration and donor engagement. Pape Gaye, president emeritus of IntraHealth International, one of the partners, is a native of Senegal. In our interview, he said he sees this as a central theme for African development: “It’s time for us to start not only touting the value and health benefits of family planning, but also what it’s going to do in terms of development.”

The nine francophone countries of the sub-region (Benin, Burkina Faso, Côte d’Ivoire, Guinea, Mali, Mauritania, Niger, Senegal, and Togo) united around an ambitious regional goal—to reach one million additional, voluntary users of modern family planning methods by 2015, and 2.2 million more by 2020. The results have been impressive, especially given the low starting point of approximately 2.7 million users in 2011. By 2020, more than 3.8 million additional, voluntary users have begun family planning. Francophone West Africa has one of the fastest increases in modern contraceptive rates among developing regions, and family planning funding from the core donors has more than doubled.

Francophone West Africa had one of the fastest increases in contraceptive use in developing regions.

The story of this partnership reflects a unique historical convergence: a group of bilateral and philanthropic donors willing to commit to the sub-region, country-level champions from government and civil society, supported by implementing partners, all prepared to advance family planning for health and development reasons, and a shared interest in doing business differently to address egregious gaps in women’s health and the stalled indicators on family planning. This enabled the francophone West African countries to outpace family planning progress in other developing countries, with a fraction of the resources. It is notable that while spending for family planning in the Ouagadougou Partnership countries remains low compared with other regions in the world, voluntary users of modern contraception has risen faster as a percentage than in any other region in the world. 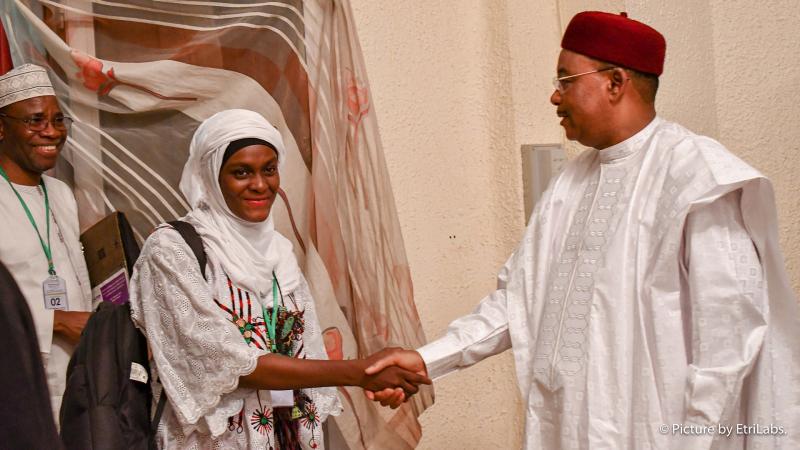 Inspiration for Creating the Partnership

The Ouagadougou Partnership was launched at a time when the health landscape in francophone West Africa was alarming, accounting for some of the world’s highest maternal, infant, and under-five mortality rates, and reflecting a considerable discrepancy with countries in anglophone Africa. Underlying these data were some of the world’s lowest family planning indicators and highest fertility rates, resulting in some of the world’s fastest growing populations, with Niger alone projected to nearly triple in population by 2050.

When President Barack Obama took office in January 2009, those working on family planning in the U.S. government saw an opportunity to elevate areas of global health that had not been prioritized under President George W. Bush's administration—notably family planning. After much deliberation, USAID decided to join with the William & Flora Hewlett Foundation, the Bill & Melinda Gates Foundation, and the French government to hold a conference in Ouagadougou in February 2011, hosted by the government of Burkina Faso. Some 250 representatives from country delegations, donors, implementing partners, and civil society participated, and the Ouagadougou Partnership was born. 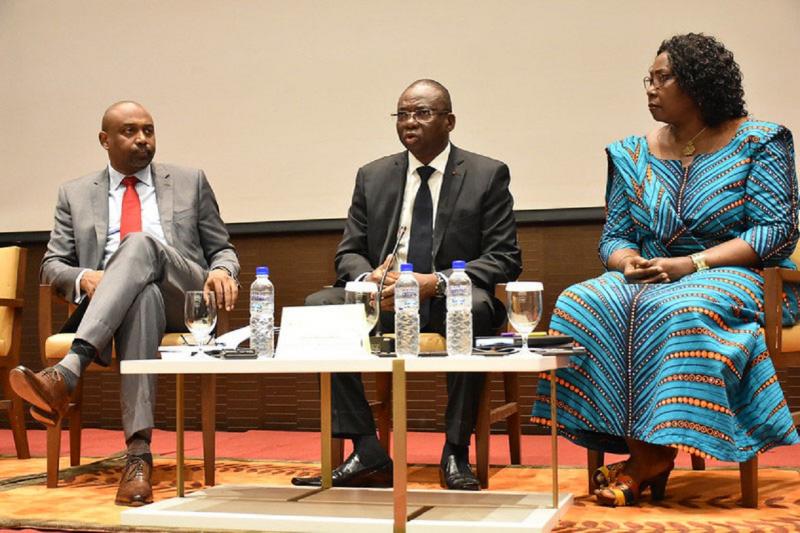 Implementing the Vision and the Way Forward

Several elements have been key to the Ouagadougou Partnership’s success. The first was the development of Costed Implementation Plans, which are multi-year actionable strategies developed by governments to achieve specific family planning goals. These plans provided roadmaps with credible budgets and helped achieve better alignment of resources. The Ouagadougou Partnership also organizes an annual meeting, designed to both reward progress toward reaching the Partnership’s goals and to nudge those lagging behind. A network of national champions from the governments has been essential to driving the partnership forward. And the Ouagadougou Partnership provided space for civil society to engage on family planning and to hold their governments accountable, including religious leaders, a critical element to build support for family planning, and elevating the voices of young people.

The efforts to advance family planning in francophone West Africa face many uphill battles. Rising extremism and terrorism in the Sahel present grave threats to the countries in the region, and is leading some governments to divert resources from the health sector to the military. A central challenge is how to sustain and reinvent the Partnership going forward, and how to keep all the partners engaged, while linking family planning with broader women’s and girls’ empowerment. 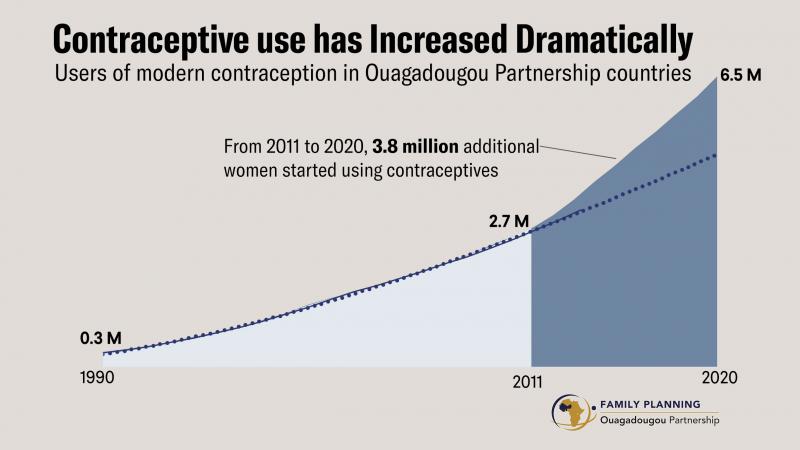 The Ouagadougou Partnership is at an inflection point, poised to expand family planning activities and to focus efforts on young people post-2020, while also confronting rising challenges.

This can’t be routine—it’s a daily fight to try to find solutions for women and to listen to them.

The movement is strong and growing, with committed countries and new donors joining the original group, including Canada, the Netherlands, an anonymous donor, and most recently the UK’s Department for International Development, and the Children’s Investment Fund Foundation. Despite the many challenges ahead, the Ouagadougou Partnership has proven a powerful concept—that by joining together, a group of relatively small and marginalized countries with many barriers to expanding family planning can elevate attention and drive social change. With adaptation and tailoring, the lessons and success factors for this partnership hold promise for other regions of the world. Awa Coll Seck, former minister of health in Senegal, told us in an interview in Dakar: “The best counsel I can give is that this can’t be routine—it’s a daily fight to try to find solutions for women and to listen to them. You have to be convinced of what you do, have all the necessary information, and fight daily to make it happen.”

This article was originally published on Think Global Health on March 18, 2020. 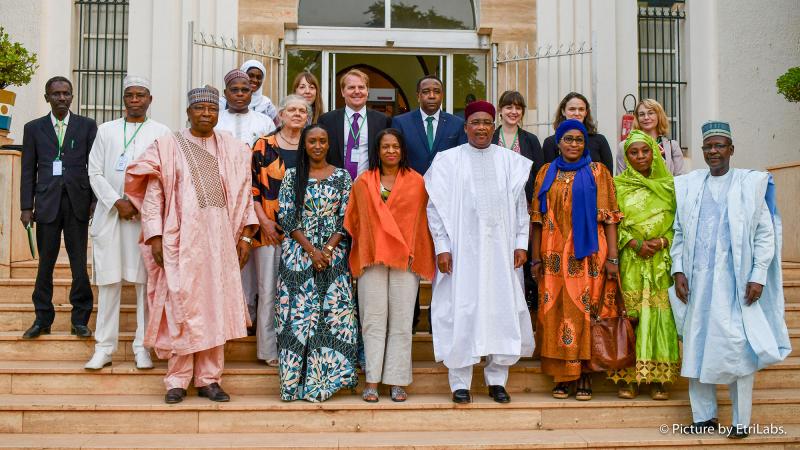 The Ouagadougou Partnership donors meet with President Issoufou of Niger in 2019 after having met the Prime Minister and half of the Niger cabinet as well as the President of the National Assembly. PHOTO courtesy of EtriLabs/Yves Tamomo