Once You Drink from the Nile, You Will Come Back for More 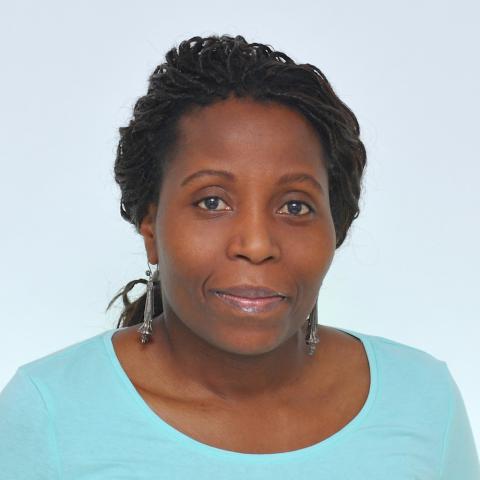 I first came to Juba, a dusty town in Southern Sudan, four years and eight months ago. For me, Sudan meant war—years, decades, even generations of war. But, finally, in January 2005, the war was over. The north and south signed the Comprehensive Peace Agreement. After decades of civil war, it seemed that peace was finally a possibility. This sense of possibility and the opportunity to support recovery and true development drew me to this place, where people were finally experiencing what it was to be at peace.

I didn’t realize, at the time, how much recovery and development I would eventually witness.

When I started working with the Sudan People's Liberation Army (SPLA), my military colleagues watched me with some circumspection. When we started our program, we were running it out of a tent. I was the only female on the military grounds without a uniform. The SPLA was strict about who they would let in and out. I didn’t know how to communicate effectively with SPLA members. They would ask me, “Where are you going?” but not understand my explanation of our HIV prevention work. Eventually, I would just say, “HIV.” It was funny because every time they saw me in the crowd trying to get in, they would point at me and say, “Hey it’s HIV, come, come!” Eventually they called me IntraHealth, and then by my own name.

Working with the military has required me to be persistent. If I got a “no” one day, I would go back and ask again. Sometimes I got the feeling they would give in just so I would stop asking. Being there long enough, having time to prove myself, made things easier. The most challenging part of working with the military has been learning their infrastructure, or in some cases, lack thereof. As I have grown and learned in the last few years, so has the SPLA.

The SPLA is now, or will soon be, the army of the government of South Sudan. In January of this year, the, people in Southern Sudan voted for independence. The determination of the Southern Sudanese people to actually have the referendum go according to plan is something to admire. If people registered, they made sure they voted. People voted because they knew that 60% of registered voters had to go to the polls for the referendum to count. More than 99% of the population voted for the independence of Southern Sudan. People are now anxiously awaiting July 9, 2011, the day that South Sudan will become an independent nation. There is still much excitement, and people feel like they proved to the world that they could do it. There is a lot of optimism. People are even excited about having a new passport. It may be symbolic, but it is an important symbol.

The work we do in Southern Sudan—soon to be South Sudan—has been far more than symbolic. Working with the military has been challenging—but vital—to stop new HIV infections and provide basic health care in Southern Sudan, a region that is rebuilding. The SPLA leads a liberation movement. People see the SPLA soldiers as liberators and as heroes.

During the war years, the SPLA members were apparently told that they were supposed to help Southern Sudan increase its population. They weren’t using condoms or any contraception, and it was easy for them to find women willing to have sex with them; they were the heroes.

We do not know the HIV prevalence among the SPLA, but it has been estimated to be between 2% and 4%. Working with the military has far-reaching effects. If the SPLA uses condoms, a lot of other people will actually agree to use condoms. Even having a few people in the SPLA who are actually promoting HIV prevention can lead to widespread change. With independence, the SPLA is also planning to downsize this year, and the soldiers will become civilians, making it all the more critical that they model good behavior in their communities.

But this work hasn’t been easy for me or for the SPLA members I’ve worked with. One of our strategies has been helping to create a buddy system for SPLA members living with HIV to help them support each other. During a training of peer educators last week, we talked about the need for couples’ participation during antenatal care visits. An argument broke out among the participants. After some time, I realized that they were discussing the fact that one of the participants still hadn’t told his wife that he was HIV-positive—a big military hero afraid to talk to his own wife. It was difficult, but I was amazed by how supportive the other participants were. Some of his female peers even offered to go talk to his wife on his behalf. They were all trying to show him that he didn’t want to infect his wife because if he did, he would never forgive himself.

I am leaving Southern Sudan, but I will look back and consider my greatest achievement in Southern Sudan as being able to work within a constantly changing environment—and to get the job done. Here, no one says, “Well you’re in Sudan, a post-conflict country, so we’ll give you a break on reaching your targets.” Although sometimes it is hard to focus on program goals when you are worried about finding fuel for the generator, I am really proud to say we have not let any logistics obstacle stop us from reaching the goal of teaching people about HIV transmission and about how to protect themselves, how to learn their status, and where to get treatment and care if they need it.

I know I will really miss being here. I will miss weddings, parties, and all of those things that make up my daily life. I will miss my friends. I might even miss hearing occasional gunshots at night. I have a feeling that I might even find myself a bit bored, but they say that once you drink from the Nile, you will come back for more. I have drunk from the Nile—and I will definitely come back.