A Nurse Midwife’s Experience with Leadership and Management Training 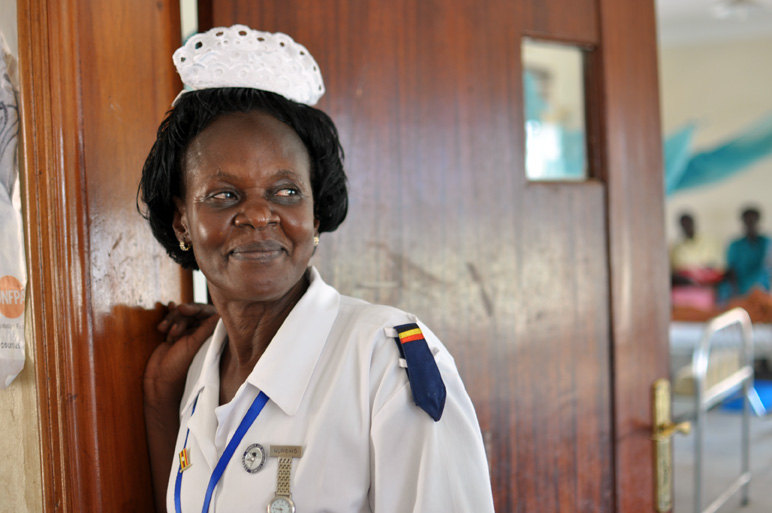 “Things were really a bit appalling.”

That’s what conditions at her rural health center felt like to Habiba Shaban Agong, a senior nursing officer and midwife in Uganda.

She says she loves her profession. “In midwifery I do a lot,” she adds proudly. “I help mothers in carrying out their pregnancies. During deliveries I help them to conduct live babies—to make a better future.”

But it pained her that her facility was not able to deliver the high quality of services the community deserved.

The facility was not well maintained, water was unreliable, waste was not segregated.

For starters, there were not nearly enough health workers to meet the demand. Each department had only “about one human resource working day and night,” Habiba says. “They get exhausted, and that can hinder service delivery.”And there were other challenges.

The facility was not well maintained, water was unreliable, waste was not segregated. There wasn’t adequate equipment in the wards. Beds were broken and too few in number, and mattresses were torn.“As a patient, you wouldn’t like to stay in a dirty environment,” Habiba points out.

Many staff arrived late or did not show up at all.

The district health officer recognized Habiba’s potential. “He thought I was one of the health workers who could go for training in leadership and management,” she says.

“When I came back,” Habiba recounts, “I made some changes.”

Teams from 19 priority districts were guided in identifying challenges, selecting priorities, developing action plans, and implementing the plans at their sites. Everyone came together for three one-week workshops over a six-month period and supplemented this work with field assignments. Instructors provided coaching support between workshops, and participants built skills in such areas as health workforce planning, recruitment, deployment, performance management, retention, teamwork, and advocacy

.“When I came back,” Habiba recounts, “I made some changes.” The following were a few of the changes:

Prenatal and antenatal visits are increasing, and the number of deliveries is going up

.“We used to get only about five or ten patients (per month) who delivered in our facilities,” says Habiba, “but last month we got more than 60 deliveries!” And child mortality is decreasing. “In the pediatric ward, during the last three months we have not observed any death at all.

”Habiba is also happy that the Ministry of Health’s successful advocacy convinced Parliament to allocate $20 million to recruit more health workers. Dokolo District benefitted by getting 36 new health workers and raising its staffing level from 49% to 84%. The district rose in the national rankings for health service delivery, from 57th to 11th in the country.Empowered health workers can improve maternal and child health, one facility at a time. To read other participants’ perspectives and learn about recommendations for adapting the leadership and management program to other contexts, read the related publication. Meet Habiba in a short video, “That’s Improvement!”: Uganda Focuses on Health Workers. 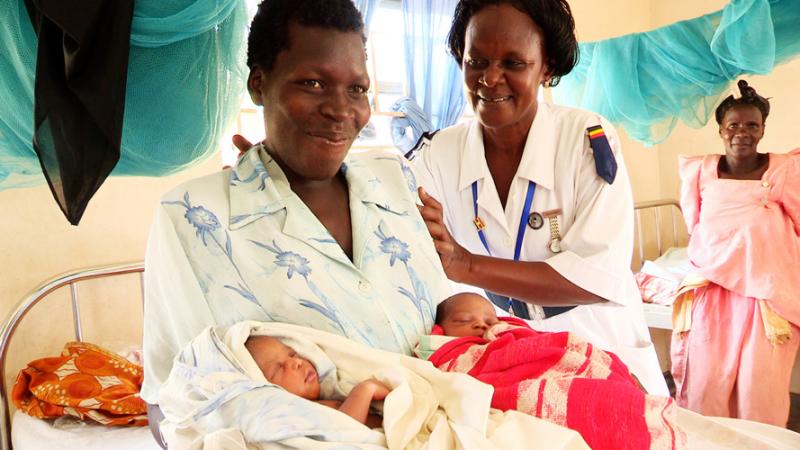 Habiba Shaban Agong and a client with newborn twins. Photo by Sarah Dwyer. 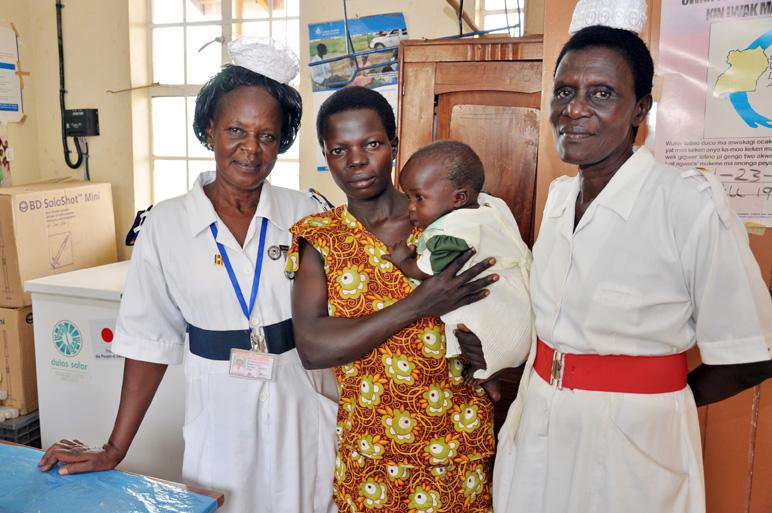 Habiba Shaban Agong, a client with her baby, and Nurse Connie Achar. Photo by Carol Bales.