Northern Mali's Nursing Students Are Learning Fast—Because They Must 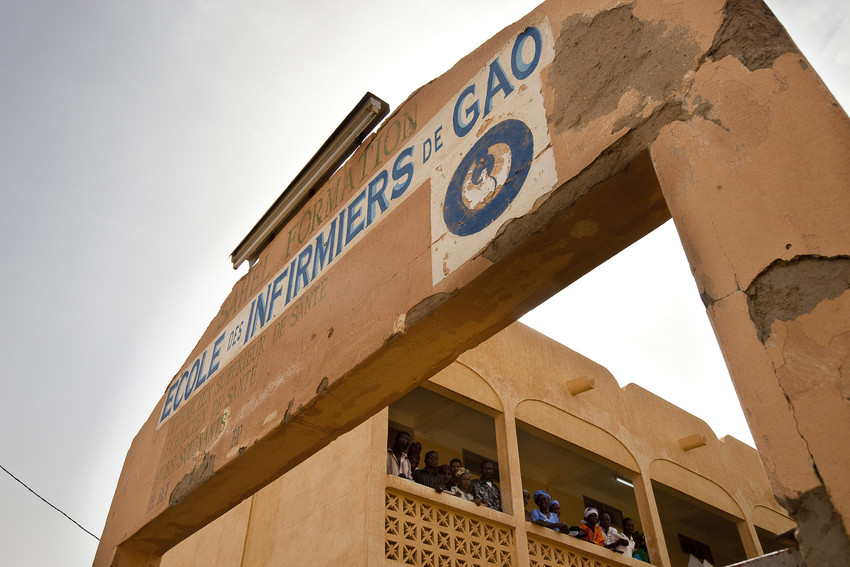 Mali is currently experiencing the most severe crisis of its existence. 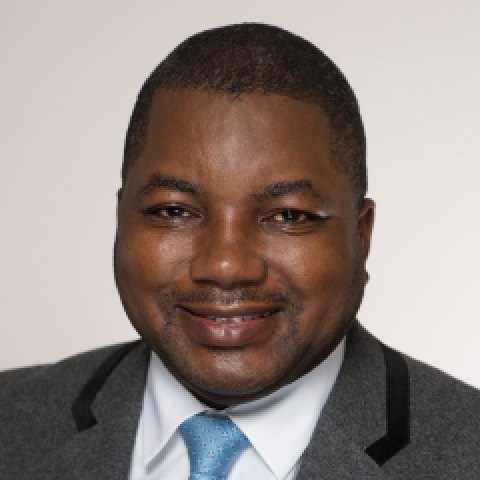 Mali is currently experiencing the most severe crisis of its existence. When heavily armed Tuareg rebels and Islamist rebel groups poured in from Libya on January 17, 2012, they quickly defeated the under-equipped, disorganized Malian army. Now they have seized the country’s vast northern regions and are working to force sharia—or Islamic law—on the people there.

The most visible rebel chief is not Malian—he is from Pakistan—and he often appears on TV to say that sharia is good for Mali. That if Mali accepts Islamic law, the rebels will help the country to get funds from other Islamic countries.

The Malian army was—and still is—unable to fight these groups because of the violent military coup that took place on March 21 and 22, 2012. Not only did the coup oust Mali’s democratically elected president, but it also destabilized our young democracy.

Northern Mali is very, very huge, a no-man’s-land in the Sahara Desert. It is also suspected to be rich in oil and other minerals, which is one reason it was an attractive target for the rebels.

Even before the crisis began, there were not enough health providers to care for those who live scattered across northern Mali. And as the rebel groups approached the regions around Gao, Timbuktu, and Kidal, many of the health providers who were there fled.

In 2006, IntraHealth began partnering with a nursing school in the northern city of Gao called the Ecole des Infirmiers de Gao. We wanted to strengthen the rural nursing school, to help it better prepare its students and produce more health workers for the northern region. It’s difficult to draw health workers there from other parts of the country, but most of the students who graduate from the nursing school in Gao stay in the region because many of them grew up there. The USAID-funded CapacityPlus project introduced other strategies to keep graduates in the north, too, such as scholarships in exchange for five years’ service in the region.

But then the rebels came.

It was a shock to us all when the rebels started looting the hospitals and health centers. In Gao, the rebels chased away the women and children who were being treated and claimed the hospital beds for their own.

When the rebels first attacked in Gao, people were scared. The hospital and nursing school closed down for a time. But some workers stayed, including many of the students at the nursing school.

“Because of the war, the health providers who originally came from the south all went back to Bamako and other southern cities,” says one faculty member at the nursing school. “The providers who graduated or are currently trained in Gao are the only ones who stayed to help the population.”

One student, a man we’ll call Mohamed, explains: “I am from Gao, and I am currently studying at the Gao Nursing School. We did not have a choice. We could not just stand there and watch our family members die without doing anything.”

Eventually the rebels agreed. But they said, “We don’t want to mix men and women in the same classroom. It cannot be allowed.” So the school manager and faculty decided to reopen the Gao Nursing School, but they divided the classes so that men and women would not be in the same rooms. This makes it difficult to provide adequate training, though, because there aren’t enough faculty members to cover the extra classes.

Under the new sharia laws, female students must cover themselves completely. The first time a rebel sees a woman’s hair, he gives her a warning and a veil to cover her head. The second time, the woman is hit with a stick. The third time, she is jailed or even put to death.

The Islamist rebels have taken the hospital accountant, Ibrahima Diallo, prisoner. They accused him of embezzlement. In reality, Mr. Diallo refused to give 5 million francs (almost a third of the hospital’s benefits) to the terrorist organization MUJAO (which stands for Movement for Unity and Jihad in West Africa). The accountant believes those funds should remain in the hospital in case of emergencies, but the rebels say the money is part of their administration. Mr. Diallo is now in prison and waiting for his sentence.

The rebels punish those who do wrong by cutting off arms and feet—usually in the public market. They kill men and women who have children before marriage, even if the parents had the children long before the rebels arrived. And when one man was accused of having sex with a woman without being married to her, the rebels buried him in the ground from the waist down and stoned him to death.

We know these things are happening because the rebels post images and videos of the punishments online. They use Facebook and YouTube to tell the Malian people, “If you break the laws of sharia, this could happen to you.”

So it is very difficult for the nursing students who stay. They go to classes in the morning, and then in the afternoon, they go to the hospital to fill in for the trained professionals who have left. They are quickly learning on the job how to deliver babies and perform C-sections and other surgeries.

The population in the northern region fell by half when the rebels came. People fled to the safety of southern Mali and to neighboring countries on all sides. And for those left behind, it’s much more difficult to get health care now. The health facilities that have not been destroyed are generally insecure. Looting has led to the disappearance of ambulances, communications equipment, and medical supplies. Many pharmacies and medicine storage warehouses have been destroyed. Vaccinations and treatment for chronic conditions are in low supply, and many priority health programs for crucial areas (including maternal and child health, family planning, tuberculosis, HIV/AIDS, leprosy, and Guinea worm) have been suspended.

We in IntraHealth’s Mali office spent a good deal of time with the students in Gao over the past few years and have gotten to know them personally through the training and scholarships we offer. We also know the health providers at the hospital because we worked together as part of the Fistula Care Project.  It is very difficult to see them in this situation. Before, it was very easy to support them, to send supervisors on a monthly basis, to send certified surgeons on a quarterly basis. But now that is impossible. IntraHealth cannot go freely to the north because the rebels will not allow anyone affiliated with the United States government to enter.

Now we can only send supplies with the Red Cross, or on public transportation. Some students in the south set up caravans to go to the north for a week at a time to try to help people there. They take food with them, and medicine when they can.

Every morning in my office in the southern Malian city of Bamako, I call the interim director of the hospital in Gao and the director of the nursing school to talk about what happened the day before. I ask, Did you get some medicine? How are things moving? How is your relationship with the rebels today? What kind of difficult cases do you have? What can we do to help?

We are dedicated to saving people’s lives. So every day, when I hear that a woman has gone to the facility and died because the students have no drugs for her, it affects me very much. We want to be there to try to help them, so we do our best. But sometimes it is very, very difficult.

The student Mohamed’s statement, though, comforts me.

It illustrates to me that USAID/Mali and IntraHealth made the right choice when we decided to support the Gao Nursing School. If we had not, this difficult time would be even worse for the northern population. There would be almost no trained health workers left there.

Mohamed and the other students and health workers who have decided to stay in the north are very courageous. They say it is their land. They do not want to flee like the others. They want to remain. And if they have to die, they say, they will die.