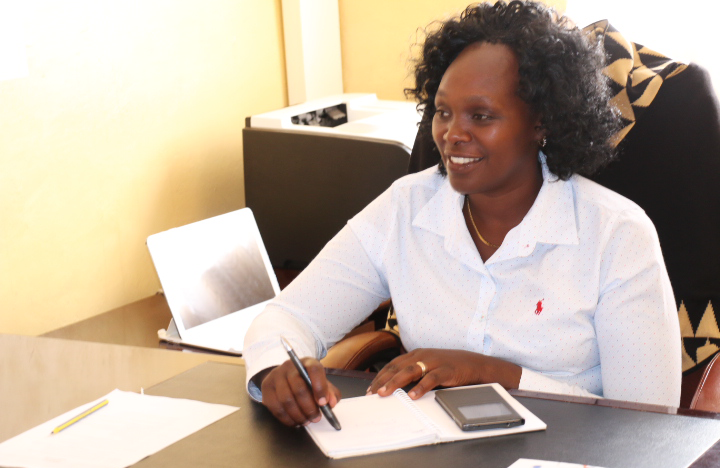 It has been two years since Agnes* lost her husband to AIDS-related causes. If he had sought treatment, she says, he would still be alive to help take care of their children. Instead, she cares for all five of them alone.

“He did not accept his HIV status and so did not get treatment,” Agnes says.

In other counties throughout Kenya—such as Homa Bay, Kisumu, and Nairobi—awareness campaigns have helped reduce stigma and discrimination against people living with HIV and enabled more people to access the HIV-related services they need.

Stigma is rampant here. It keeps people like Agnes’s husband from getting essential HIV care.

But this is not the case in West Pokot County, where Agnes and her children live. Stigma is rampant here. It keeps people like Agnes’s husband from getting essential care, such as HIV testing, counseling, antiretroviral therapy, prevention of mother-to-child transmission, and more.

Even for HIV-positive people who, like Agnes, have overcome the hurdles to HIV testing and have begun antiretroviral treatment, stigma is a major ongoing challenge. They still have to look over their shoulders every time they take their drugs.

“People talk about us a lot,” she says. “It is not good when you pass and people gossip about you. Even at school, the children are not comfortable.”T

o address this challenge, the County Health Department worked with IntraHealth International’s FUNZOKenya project to integrate key services such as HIV testing and counseling, prevention of mother-to-child transmission, and antiretroviral therapy with other types of health services. This means that women like Agnes can now get HIV services during their routine health care visits, including for antenatal services or family planning, rather than having to visit one of the specialized clinics known to provide only HIV care.

“Many people in this county shied away from the exclusive HIV clinics,” says county health director Dr. Christine Akuto. “So we decided to integrate HIV services with other services. One does not need to go to the HIV clinic to receive their drugs, for example. This has helped us increase the number of people taking these services.”

IntraHealth provided in-service training to nurses from the county, expanding the pool of health workers who can provide high-quality HIV services. And now the county can provide antiretroviral therapy in most of its health facilities, including the smaller health centers.

“Previously, patients had to be referred to either the subcounty hospitals or the county referral hospital,” Akuto says.

Although on record West Pokot’s HIV prevalence is 2.8% (lower than the national average of 6%), Akuto believes the prevalence may be higher. Only a small number of people have sought HIV testing in the past, she says, and few women attend the antenatal clinics where they can be tested.

With these new skills, more of Kenya’s health workers can now help clients like Agnes access the care they need, live productive lives, and take care of their families without fear of judgment and stigma in their communities.*Not her real name.

IntraHealth’s FUNZOKenya Project is funded by the US Agency for International Development.

This is very cool. @WHO just announced its first augmented reality course for #healthworkers on the proper use of P… https://t.co/rJVELZ4drv