New Contraceptive Gives Women More of What They Want 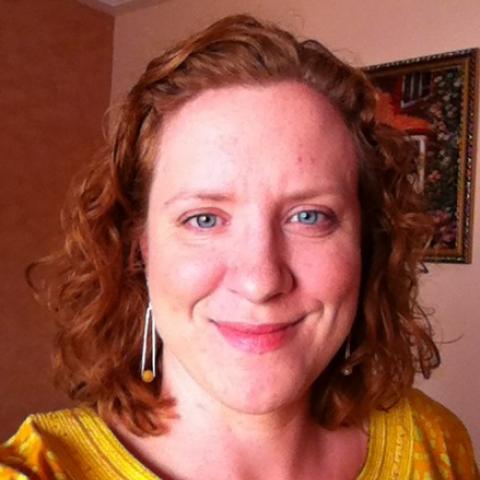 Women who have access to modern contraceptives have healthier babies, fewer unplanned pregnancies, and fewer abortions.

Yet there are an estimated 222 million women and girls worldwide who want to prevent unintended pregnancy but are not using modern contraceptives.

In Senegal, the current unmet need for family planning among married women is 29%, with only 20% of married women using modern contraceptive methods such as pills, injectables, and implants. But among those who do, injectable contraceptives—such as the new Sayana Press—are one of the most popular methods.

Women could eventually be administering Sayana Press to themselves at home.

Injectables offer women a safe, convenient, and private way to plan their families. But what makes Sayana Press different is the way it is administered—and by whom.

Traditionally, injectable contraceptives such as Depo Provera require women to seek out doctors or midwives at hospitals or health centers, which can be time consuming, costly, and inconvenient. Sayana Press, on the other hand, requires less training to administer—in fact, women could eventually be administering it to themselves at home.

Just like other injectables, Sayana Press offers three months of protection from pregnancy. But its delivery system is smaller and lighter. It comes in lower doses and combines the drug and needle in one unit. It’s easy to transport and store, and can be easily integrated into the current method mix with minimal training.

All this makes Sayana Press well suited for community-based distribution.

IntraHealth International is partnering with Path and the Senegal Ministry of Health and Social Action to introduce Sayana Press into four regions in Senegal. And it’s catching on quickly.

I saw firsthand how excited health workers are to have Sayana Press as an option during a visit to the Philippe Maguilène Senghor Health Centerin Dakar. The midwives were eager to show me the complete range of methods they offer their clients, including the new injectable.

When I asked about Sayana Press, their response was unanimous: it is easy to give and women prefer it to the big needle used with Depo.

There is no worry of causing discomfort to the client. This makes everyone happy.

The midwives also told me they don’t have to worry so much now about administering injectables, since with Sayana Press you can’t get it wrong—it’s injected just below the surface of the skin, so there is no worry of causing discomfort to the client. This makes everyone happy.

Several women, were waiting for their family planning counseling sessions at this busy central health center, told me that with Sayana Press, it was quick and no one had to know what method they chose. They liked the convenience of not having to see a doctor and the three months of protection the injectable offered.

It was clear that the wants and needs of these women are being taken seriously. Listening to the client and understanding what makes sense for her is how we can get more women in the doors of health facilities and address their family planning needs.

Sayana Press has been piloted in four African countries so far: Senegal, Uganda, Burkina Faso, and Niger. It’s now included in routine community-level health care services and more than a third of all doses administered in 2014 were to new users of family planning.

Providing women with more contraceptive options can have a major impact on health outcomes. Sayana Press gives women another option to decide how and when they space their pregnancies.