New Approach Improves Quality of Care for Children in Rwanda 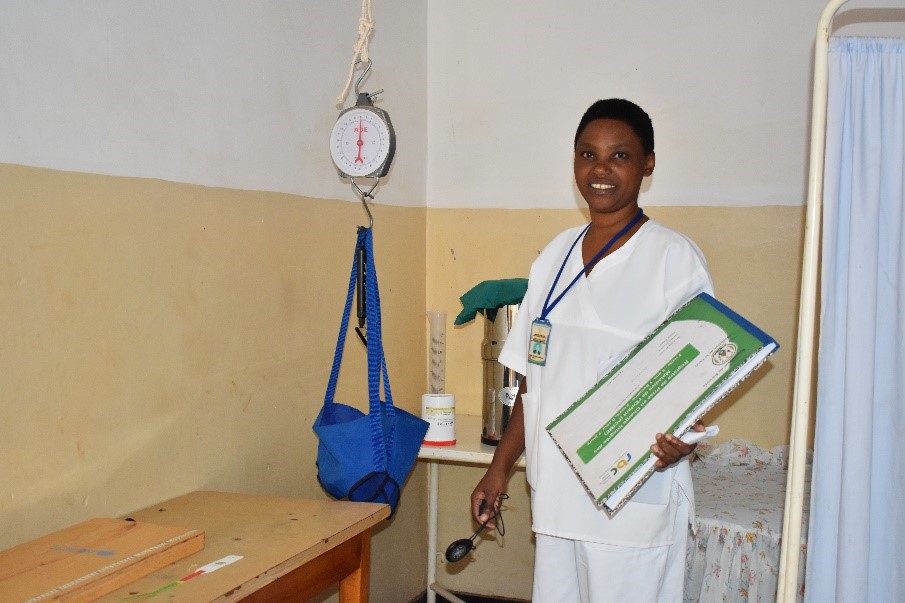 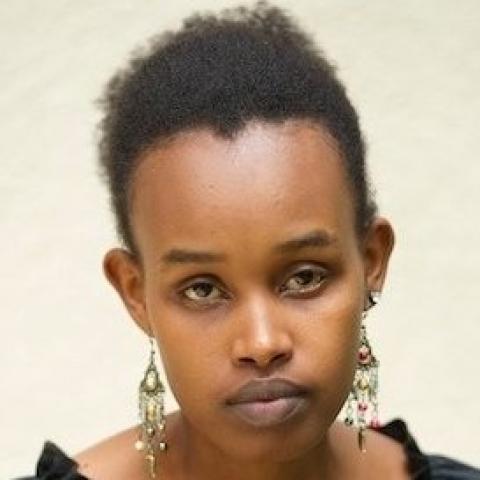 Esther Mukahabiyambere is one of 326 district-based mentors trained on the Integrated Management of Childhood Illness (IMCI) approach. Through the USAID-funded Ingobyi Activity, health workers are using IMCI in Rwanda to prevent and treat pneumonia, diarrhea, malnutrition, and malaria. The project equips health care providers with clinical knowledge, skills, and attitudes to improve the quality of care, helping the government of Rwanda reduce child mortality, particularly the management of severe pneumonia, which accounts for 15% of deaths among children under five each year.

Esther works at the Gihara Health Center but provides mentorship on a regular basis to health providers in two other health centers. Since she began her training and deployment as a mentor, Esther has acquired new skills that have improved the quality care she provides her clients, particularly children.

The number of children with severe pneumonia cases has decreased by more than 50%.

“Before the Ingobyi mentorship program began, I was not able to identify warning signs in a child, like knowing if they had pneumonia symptoms or not,” Esther says. “But now I can conduct a detailed assessment of malnutrition and pneumonia cases and complete forms appropriately.”

Esther recalls a time before the mentorship program when she referred a baby with severe pneumonia to the Remera Rukoma District Hospital after administering treatment. Sadly, despite doing the best she knew, the baby died after arriving at the hospital.

“I shared the case with my fellow mentors. We analyzed it and found that the baby died because the health center ambulance had no source of oxygen to ease the baby’s respiratory distress,” she says. “The baby would not have died if I’d had the knowledge and skills I have now. But I’m glad that today, my fellow mentors and I are able to save many babies from similar conditions.”

About two months ago, Eloi Ashimwe, a 12-month old baby from the southern province of Rwanda was brought by his mother to the Gihara Health Centre because he had a fever, was unable to breastfeed, and was wheezing with unusually fast breathing. “I immediately treated him,” she says. “But instead of using the health center ambulance, I called the hospital ambulance because it is equipped with oxygen, which is key in managing cases of respiratory distress and severe pneumonia in children.”

Eloi was immediately admitted to the hospital and started proper treatment. Days later, he was responding well to treatment and was due for discharge.

“I am glad he is fully recovered and doing fine,” Esther adds. 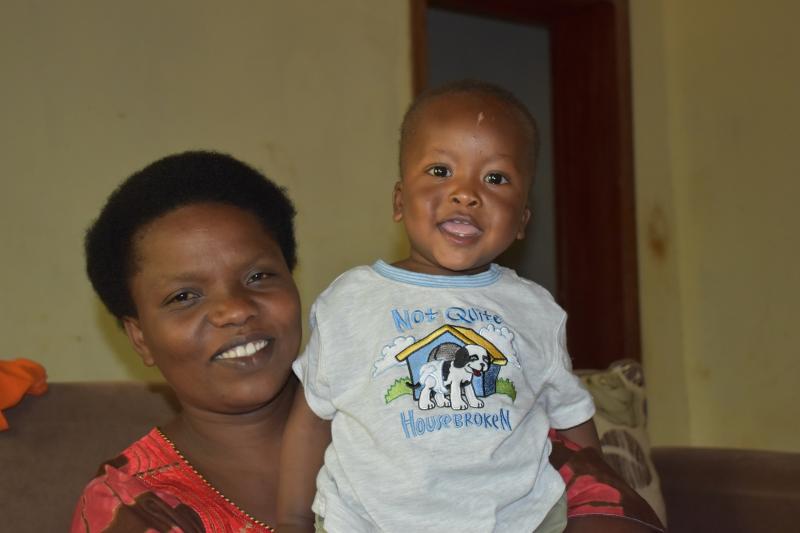 Since the mentorship training began in May 2019, the Gihara Health Center has decreased the number of children under five years old with severe pneumonia cases by more than 50% thanks to the accurate use of the IMCI strategy. The strategy also calls for health workers to receive training on how to counsel parents, e.g., on keeping sick children from the cold, reinforcing hygiene at home, and seeking care as a child presents signs of severe pneumonia like fever, vomiting, and inability to feed.

Additionally, nurses and mentors use the the IMCI algorithm when they provide pre-transfer treatment care to children with severe pneumonia, which reduces incidences of further complications and child deaths.

In partnership with the Ministry of Health, Ingobyi has integrated mentorship programs into long-term district strategic plans. The program enhances sustainability and advocates for mentorship to become a regular routine in health facilities, crucial steps that are saving babies and children from preventable deaths in Rwanda.