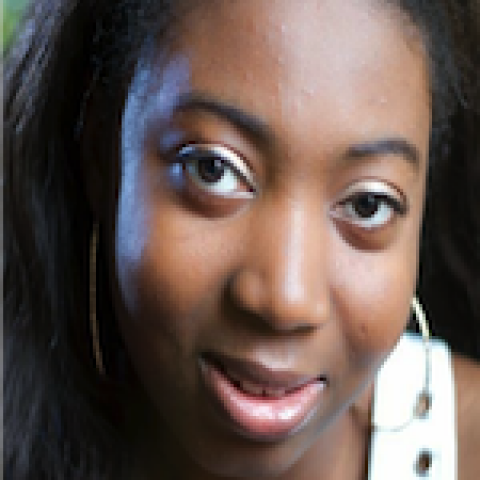 Sadly, the race of life is constrained by time and in a split second, one can cross over from life to death. On a daily basis, physicians and other health care personnel are faced with this daunting reality, so medical innovations are being developed to intervene in a timely fashion to prevent death.In 2012, on what seemed like a normal workday to Dr. Dayo Olakulehin, a young doctor in Lagos, Nigeria, he had a grand idea that could save the lives of many people around the world.

At the time, Olakulehin was working at the Olikoye Ransome Kuti Children emergency ward in Lagos University Teaching Hospital. He had been manually ventilating a 5-year-old boy for more than four hours when he fell asleep at about 2 a.m., only to be jolted out of his slumber, thankfully, by the boy’s father.

This young child with his whole life ahead of him could have suffered from irreversible brain damage if he had continued without ventilation for longer than four minutes.This experience, although common in many medical facilities in the developing world, drove Olakulehin to think of a better solution. That’s how the idea of the D-Box was born.

Register for the SwitchPoint conference today to meet Dr. Dayo Olakulehin and hear more about the D-Box. April 21 & 22, 2016, in Saxapahaw, North Carolina.

The D-Box is a ventilator designed to automate cardiopulmonary resuscitation bags to deliver controlled breaths to patients who have difficulty breathing. Unlike conventional ventilators, the D-Box is cheap, portable, easy to use, powered by batteries and rechargeable.

Conventional ventilators commonly used in intensive care units (ICU) cost $30,000; low-cost alternatives, which are still under development, are to be sold for $3,000. The D-Box is to be sold for $1,000 and is an innovative solution to a severe problem that has truncated the lives of many.

In Nigeria, admission to an ICU costs from $1,000 to $6,000, depending on whether it is a public or private health institution. The average annual salary in Nigeria is $3,596; thus, many working-class citizens cannot afford care in an ICU. And there aren’t enough ICUs to cater to the vast population of ill people who require them.

This leads to situations like health providers manually ventilating patients for incessant hours, ranging from days to a month, to keep them alive. Unfortunately, the dependence on human-operated ventilation is prone to human error, and as such, is very risky—like the scenario involving Olakulehin described above.

With the invention of the D-Box, low-income patients who cannot afford a space in the ICU can receive proper ventilation while funds are being raised. In addition, the portability of the D-Box means it can be placed anywhere to administer treatment to patients with difficulties breathing. The D-Box is not restricted to hospitals; its easy-to-use design makes it accessible to all because it does not require medical expertise to operate.

The idea of the D-Box was born out of a dire need in a Lagos hospital.

Since cardiac arrest is the most common final cause of death for many illnesses, the D-Box is an adequate intervention for many diseases.The idea of the D-Box was born out of a dire need in a Lagos hospital. If Lagos, a major metropolitan city in Africa with a relatively vast amount of wealth, infrastructure and development, could have such a dire need for the D-Box, then imagine the impact it could have in rural areas where there is a paucity of standard health centers, health care professionals and advanced medical equipment and supplies. Many sick rural dwellers have to travel a long distance to get admitted into an ICU; imagine the damage that could happen in the process of transporting a patient with respiratory failure from his village to the nearest city with an ICU. The D-Box bridges these gaps.

Looking at the potential global impact of the D-Box, certain steps have been taken to make the device scalable and sustainable. Olakulehin started a company, LigandCorp, to not only get the D-Box off the ground but to also drive medical innovation, especially among young Nigerians.

While moving the D-Box from an idea to reality, many lessons have been learned and experience gained. With these experiences, the team at LigandCorp is creating a medical innovation hub, a rich entrepreneurial ecosystem to help young Nigerians discover effective solutions to the vast health-sector problems while also creating opportunities for businesses to thrive and have a global impact.

Currently, LigandCorp’s team in Nigeria consists of five people whose major job is strategy and development of the medical innovation hub. Although LigandCorp is still in its nascent stage, in the near future the plan is for it to host medical innovators from throughout Africa, starting with Nigeria. The medical innovation hub, which moves into full gear in the first quarter of 2017, seeks the next innovations—like the D-Box—with potential global impact. The model for funding includes grants, seed investments and collaborations with private corporations.

The market for the D-Box is every hospital, clinic, company sick bay, and public square.

Although Olakulehin had the idea of the D-Box in 2012, the idea was brought to fruition in 2015 with the help of Inertia Engineering + Design, which applied its state-of-the-art design techniques to produce the D-Box. Currently, a Nigerian distribution company is being established to distribute the D-Box across Nigeria. Also, conversations have started with China and India to distribute the D-Box and, if necessary, give them the license to manufacture the D-Box IT for their regions.

The model for the D-Box is for sales through licensing. Exclusive regional distributorship licenses and/or manufacturing licenses will be sold to companies that demonstrate sufficient capacity, willingness, passion and an existing network to distribute the D-Box in their countries. The market for the D-Box is every hospital, clinic, company sick bay, public square—essentially every emergency tray in every developing nation. It is a huge market and the model is to leverage already existing networks to reach every area of need regardless of location and socioeconomic status, whether it’s an employee in India who just collapsed at work, an old lady in Ghana who has difficulty breathing in the market, or little children in the Middle East who passed out during a local crisis.

From the Front Lines to Prime Time: How These Health Workers’ Stories Are Reaching Millions

Happy #MLKDay2021! Today, we are not only honoring & celebrating a man who peacefully sought basic human rights for… https://t.co/YRnK0UM964