Moms and Mangos: Documenting How Skilled Birth Attendants Are Making a Difference in India 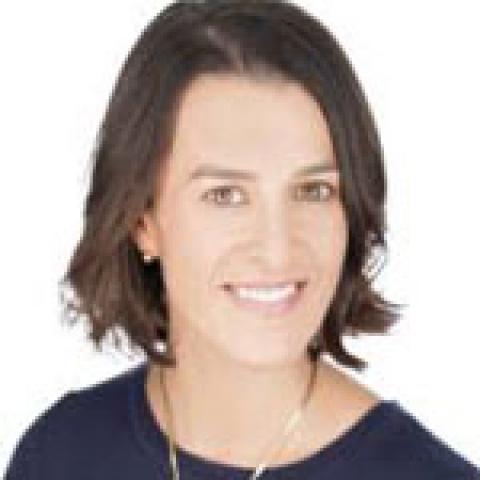 After three-plus years of “working in India,” last month I finally had the opportunity to actually work in India. Prior to my UNC-IntraHealth Fellowship, I worked on a program promoting reproductive health in five countries, including India. While I had the opportunity to travel to Ethiopia, Nigeria, the Philippines, and the United Arab Emirates, something always seemed to get in the way of my plans to explore India. Thus, I was thrilled that my fellowship commenced with documenting the USAID-funded Vistaar Project’s interventions improving maternal, newborn and child health, and nutritional status in India.

This documentation process involved collaborating with IntraHealth colleagues in Delhi, Uttar Pradesh, and Jharkhand to capture Vistaar’s impact. It involved capturing hours of video and audio footage, taking thousands of photographs, enjoying several chai breaks, and eating lots of mangos. Through the documentation process, I became passionate about the project’s efforts to reduce the number of maternal and newborn deaths through strengthening the capacity of frontline health workers to conduct safe deliveries.

For decades many Auxiliary Nurse Midwives (ANMs) stationed at sub-center level healthcare outposts in Jharkhand were present, yet they were not ready. Their lack of readiness to deliver babies meant that in many cases no babies were being delivered in the sub-centers where they were stationed. The absence of education on how to conduct safe deliveries combined with a lack of confidence in their abilities was a major obstacle preventing ANMs from providing lifesaving care. Community members recognized this lack of capacity and chose to deliver elsewhere, often in their homes.

In 2005, the Government of India introduced several major interventions to reduce the frequency of maternal and infant deaths. As part of the National Rural Health Mission, they encouraged delivering babies in medical institutions through an incentive payment system for frontline workers and families called Janani Suraksha Yojana. The Government also released guidelines for Skilled Birth Attendants (SBAs) and launched a large effort to upgrade the skills of existing ANMs so that they could become certified Skilled Birth Attendants (SBAs).

The Vistaar Project is working with the national Government of India and the state Government of Jharkhand to promote evidence-based and sustainable practices in training and providing support for ANMs to become SBAs. These practices include:

My colleagues and I traveled throughout Jharkhand to document the influence of implementing these four practices. We interviewed SBAs, SBAs’ supervisors, beneficiaries of SBAs’ work, and health officials. There weren’t enough hours in the day to speak with all of the individuals who wanted to tell us about the positive changes that are occurring due to the improved SBA training methodologies.

We also saw SBAs in action–they were conducting home visits, giving nutritional advice, administering medications, and delivering babies! That’s right; we actually had the opportunity to witness a live birth at the district level hospital in Hazaribagh. As we were interviewing one doctor, another doctor and a group of SBAs-in-training delivered a baby in the newly improved maternity ward. After the little girl entered the world, we witnessed these SBAs-in-training perform the recommended steps for active management of the third stage of labor outlined in the guidelines for SBAs. It was incredible.

I will always remember our interview with recently trained SBA Kumud Rani, who recalled how the Vistaar supported Government training gave her both the skills and the higher degree of confidence necessary to perform deliveries. Prior to attending the training she lacked this confidence so there were no deliveries at her sub-center. In the six months after her training, she conducted over 50 deliveries. It was powerful to hear Kumud speak about how she always wanted to deliver babies and how this training allowed her to fulfill her dream.

Kumud’s transformation did not go unnoticed by the influential women in her community. It was remarkable to speak with Lakshimi Devi who, as the leader of the local governing council, has the means to access health care and deliver her children where she desires. Lakshimi chose to deliver her most recent baby in Kumud’s care at her local sub-center level healthcare outpost. Over the course of Lakshimi’s pregnancy, Kumud’s consistent home visits and ability to answer questions and supply medical and nutrition information had earned Lakshimi’s trust. Lakshimi’s decision to deliver with Kumud’s assistance strengthened the community’s trust in Kumud. This increased community awareness of Kumud’s abilities and promoted additional deliveries at the local sub-center.

What can be done to further this work? My experience working in India allowed me to witness first-hand the effective programs that Vistaar supported the Government of India to facilitate. It also allowed me to begin to understand the work that remains. It’s my hope that more evidence-based projects will continue to run in ways similar to Vistaar, especially projects that work with government structures in ways that encourage both immediate results and future sustainability. 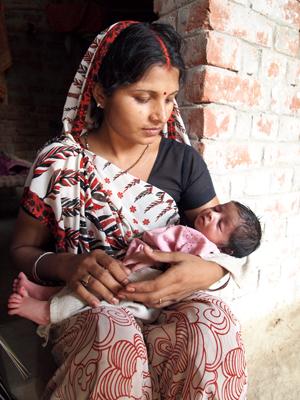 How to Evaluate an Integrated Health Program Despite Strikes, Elections, and Delays

How Do Attacks on Health Care Affect Women?