Life at Work for a Community Health Assistant in Zambia

In rural Zambia, community health assistants often go above and beyond their training. But is this safe? 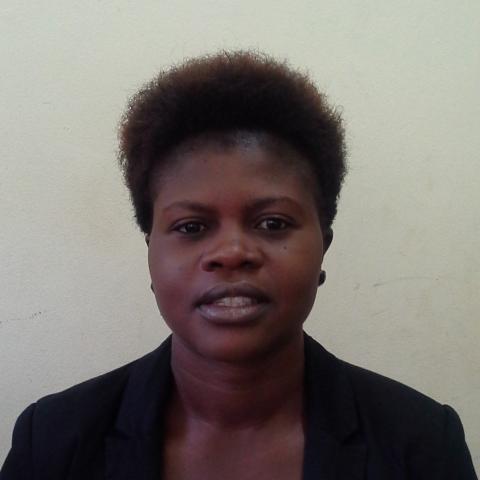 I met Daniel,* a community health assistant or CHA, at the Namoomba rural health post in Siavonga District of the Southern Province of Zambia. I visited the health post as part of a team of researchers from the University of Zambia and IntraHealth International to learn what frontline health workers need in order to improve health services in rural areas.

The role of the CHA is to be the link between the community and the health facility. The government intends for CHAs to spend 20% of their time at the facility and 80% in the community. They are a key part of the Government of Zambia’s efforts to achieve universal health coverage.

Daniel was part of the health service delivery team at Namoomba Regional Health Center. He trained as a CHA for a year at Ndola Central Hospital and has been on the government payroll at this health center since 2013. Before he became a CHA, Daniel worked for Nkambala Sugar Estates in Mazabuka district of Southern province. He was selected among the youth from Matukwa village by the leadership in his community to train as a CHA because of his knowledge on health matters.

Daniel attends to anywhere from 10-60  clients per day.

The Namoomba health center serves 4,762 people from 810 households. This rural population mainly consists of subsistence and commercial farmers, the retired, and others working in government departments and the private sector.

Daniel attends to anywhere from 10 to 60 clients per day.

Who are frontline health workers?

Zambia’s goal of universal health coverage will be achieved when all people receive the health services they need without suffering financial hardships. The government is pushing to bring equitable, accessible, affordable, and high-quality health services as close to all families as possible by opening new health posts in the rural areas. Frontline health workers are essential to this strategy.

But who are frontline health workers? From my experience, their definition has changed. I used to think they were only the nurses and doctors working in the facility. But at Namoomba rural health center I saw a team of people coming together to provide services, including nurses, two CHAs, community-based volunteers, members of the neighborhood health committees (NHCs), village head men, and prominent business men in the area.

Many are pitching in, and not everything was happening as I had imagined or as the government intends. I was surprised, for example, to learn that before the CHAs joined, the cleaner was heading the post, and that the CHAs worked there for six months before a registered nurse joined them as their in-charge.

As I observed Daniel’s life at work I discovered he was comfortably attending to clients without supervision from the in-charge. In fact, his confidence was mesmerizing; he claimed to be more knowledgeable than a nurse.

“The job we are doing is multipurpose,” he said. “We are able to screen someone, do nursing work, deliver someone, and also do the environmental health work. I think we are better than these nurses because we learned a lot of things, though it was too minimal.”

Indeed, he was working well outside his scope of practice. But should he have to continue like this? And could he be endangering lives?

We saw CHAs screening patients alone in many facilities, something they are not fully trained to do. CHAs were often called upon to provide services beyond their training. We learned some CHAs, including Daniel, had even delivered babies unsupervised. I also observed a number of other challenges in a CHA’s work life —the distance he has to travel, staffing shortages he is expected to fill, lack of transportation to reach villages far away, and lack of phones to call the facility, to name a few. The kits CHAs receive after graduation are often missing functioning phones, and the bicycles promised are still “on order.” These challenges keep CHAs from the work they are supposed to do—spending 80% of their time visiting households in remote locations of the catchment area—and instead place them in the health facility taking on jobs more suited to clinically qualified staff.

I asked Daniel the number of times he visited the community. He was not certain.“It’s difficult to do your own things when you are working under someone. You need to do what your boss tells you, and if he says you work from the facility, you can’t refuse,” Daniel said. “But we go once in a while. If I am in the field, the other CHA will be here and vice versa.”Some distances were too far to walk, he said, and the facility has no motorbike. He spoke of meeting with community-based volunteers once a week and believed they were the ones tasked with community-level activities.

These challenges keep CHAs from the work they are supposed to do—spending 80% of their time visiting households in remote locations of the catchment area—and instead place them in the health facility taking on jobs more suited to clinically qualified staff.

Despite the problems I saw, I could tell Daniel enjoyed his work. He talked proudly of being able to screen, diagnose, treat clients, deliver babies, and still go out into the community with a smile. The only time he looked sad was when I asked about emergency transportation and referrals. He said they normally rely on an ambulance stationed at the district hospital in Siavonga 30 minutes away. If the ambulance is not there, they use any car that’s available.

Daniel’s experience isn’t unique. While CHAs may be motivated cadres who can link communities with health facilities and ease the nurse’s load, they are also working well outside their scope of practice.One reason is that rural health facilities are understaffed. This is due in part to inaccurate population counts. We found that the “official” population of each facility catchment area listed in the district office was less than the head counts recorded in the facilities themselves. We need to address this and staff health centers accordingly. We also found that the nurses in charge of facilities had not been oriented or trained on how to manage or supervise CHAs. They were not able to provide adequate guidance or help distribute work appropriately among CHAs, volunteers, and staff members. Nurses in charge need better preparation for guiding new cadres of providers before having them assigned to their teams.We need to address these challenges of delivering health services in rural communities and ensure the primary health care team has the skills and resources it needs to provide the highest quality and safest care possible.

*Name has been changed