In Liberia, Ebola’s Effects on Mental Health Are Real—Even if We Don’t Yet Know Them

Liberia is using mHero to make suicide prevention a priority. 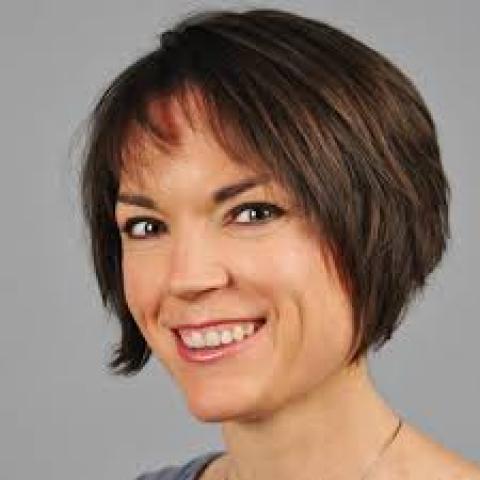 I’d seen the stories about Liberia in the news, always focused on the sadness and despair surrounding the Ebola outbreak.

What, I wondered as I traveled there last month, would the situation on the ground really be like? How were Liberians—who have endured two decades of civil war followed by an Ebola outbreak that has killed 4,808 people since March 2014—coping?And what is the country doing to prevent another outbreak from occurring while they rebuild their health system?Ebola is Still Real As I stepped off of the airplane in Monrovia, I found myself in front of a large container inscribed with the words “EBOLA IS REAL.” I lined up with my fellow passengers to wash my hands with bleach water from the container. This was a ritual I was to repeat upon entering any building within the country, including government offices, hotels, grocery stores—even though the country has been declared Ebola-free since September 3, 2015.

On my first day at the Ministry of Health and Social Welfare, I was given a seat with the Health Management Information Systems team. Their office was bustling all day. A steady stream of health workers from all of Liberia’s 15 counties were coming to be photographed and registered with the central office.

This registration is one of the most important things the ministry is doing to prevent another outbreak from occurring.

The government's strategy for controlling Ebola depends on reliable communication with its workforce.

The initial stages of the Ebola crisis had greatly disrupted Liberia’s health workforce. Communication systems were weak or nonexistent, and while some health workers mobilized to provide aid in Ebola treatment units, others abandoned their posts due to misinformation or fear.

It quickly became clear that part of the government’s strategy for controlling Ebola depended on having a reliable way of communicating with its workforce. Leaders at the central level need to be able to reach health workers on the front lines of the crisis—to provide training and information on infection control and new best practices, as well as to collect information on supply levels, new cases, and deaths.

For this communication system to function, the ministry must first validate the health worker data in iHRIS, the open source human resource information system used by the ministry and developed by IntraHealth International.

Personnel records—including names, job postings, and phone numbers—must be up to date for communication, as well as planning and management purposes. Storing health worker information in a central database ensures that health workers can be contacted on a regular basis, not just during emergencies.

In Liberia, though landlines are scarce, cell phones are everywhere. Almost every health worker has one, if not two.

The ministry is capitalizing on this proliferation of mobile technology by rolling out mHero. Any health worker whose cell phone number is in iHRIS can now directly communicate with individuals at the ministry, exchanging updates, training information, and urgent communications.

And in Liberia, mHero may have another use: providing healing to those most in need of mental health services.

163,000 Liberians are at risk of severe mental illness.

Given the series of crises that the Liberian people have endured, I was concerned about how Ebola had affected mental health in the country, and curious to hear what the ministry was doing to address the mental health needs of the population

.I asked Angie Nyakoon, the head of the Mental Health Unit, about post-traumatic stress disorder and depression in Liberia, and about the mental health of frontline health workers and suicides. Specifically, I asked if she had she noticed an increase in suicides since the Ebola outbreak.

Her answer surprised me: They haven’t yet gathered information on suicide in the country.

The WHO projects that 163,000 Liberians are at risk of severe mental illness. The country has thus made suicide prevention a priority, and they’re using mHero to establish a baseline, or an initial measuring of mental health statistics, against which they will compare later statistics to see if there has been a change

.Once the Mental Health Unit has collected enough information from their teams of mental health clinicians in the counties, they can look across time and geographic regions for patterns and trends in the mental health of Liberians. They will  use this information to scope the size of mental health issues in their country and to advocate for funding to implement new programs aimed at addressing mental health needs, if the data suggests that the WHO’s projection is correct.

A New Story for Liberia

Liberia’s people are working hard and have great hope. They are changing cultural norms, strengthening their health systems, and collecting data. They are all working to mitigate the damage Ebola wreaked on their country and working to make sure it never happens again.

Soon, their hard work and dedication may change the stories we hear about Liberia, from those of crisis and despair to stories of triumph and renewal. 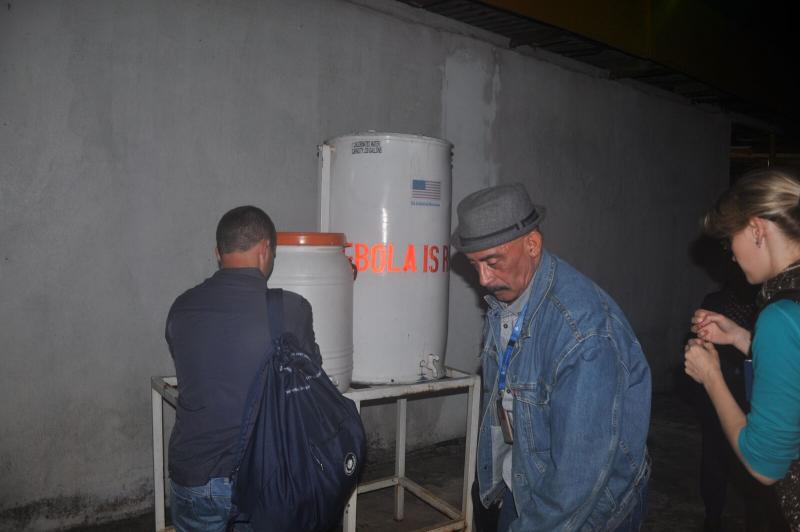 As I stepped off of the airplane in Monrovia, I found myself in front of a large container inscribed with the words âEBOLA IS REAL.â I lined up with my fellow passengers to wash my hands with bleach water from the container. Photo by Emily Nicholson. 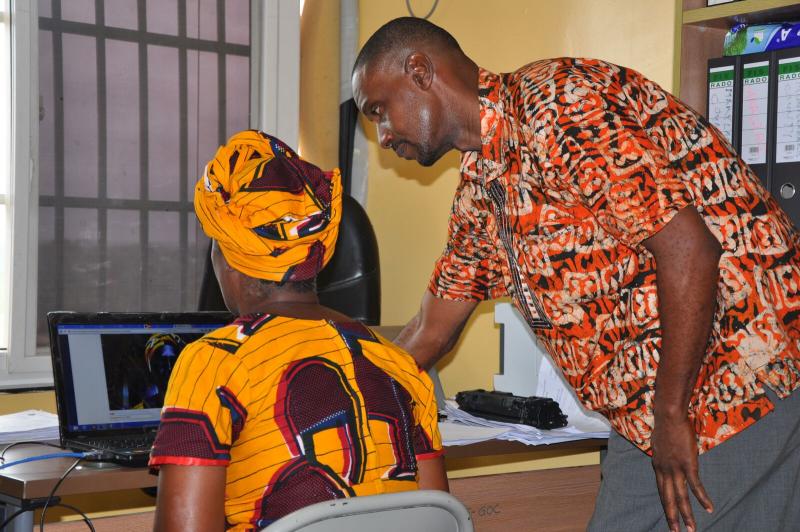 Health workers come to the Central Ministry of Health and Social Welfare to have their pictures taken and contact information entered into iHRIS. Photo by Emily Nicholson. 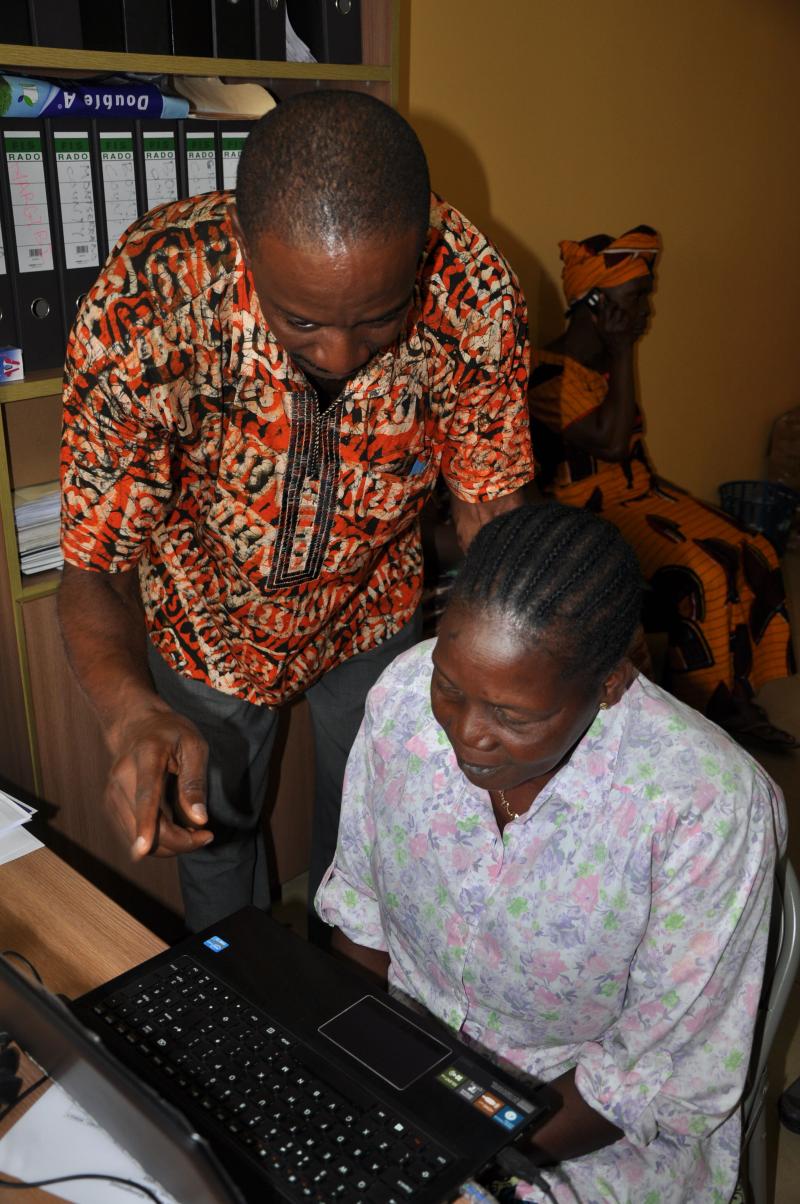 Rodney, a staff member at the Ministry of Health and Social Welfare, shows a health worker where to look and smile as her photo is taken. Photo by Emily Nicholson. 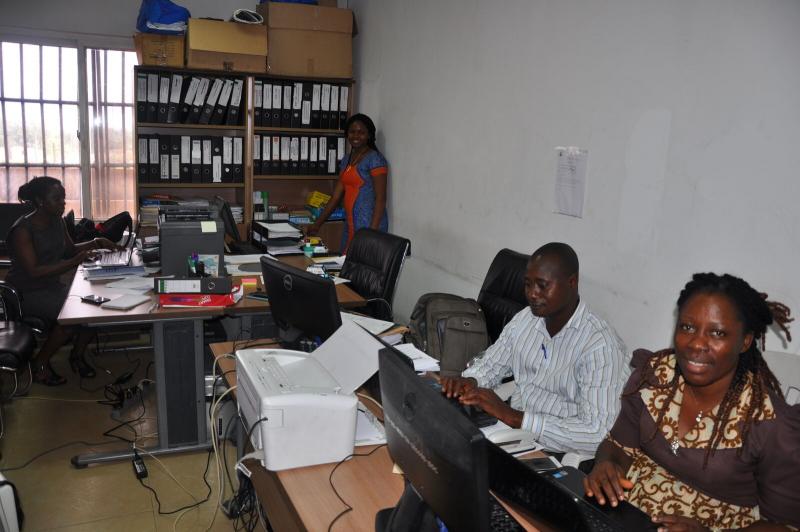