In Kenya, One Mother's Struggle for an HIV-Free Family 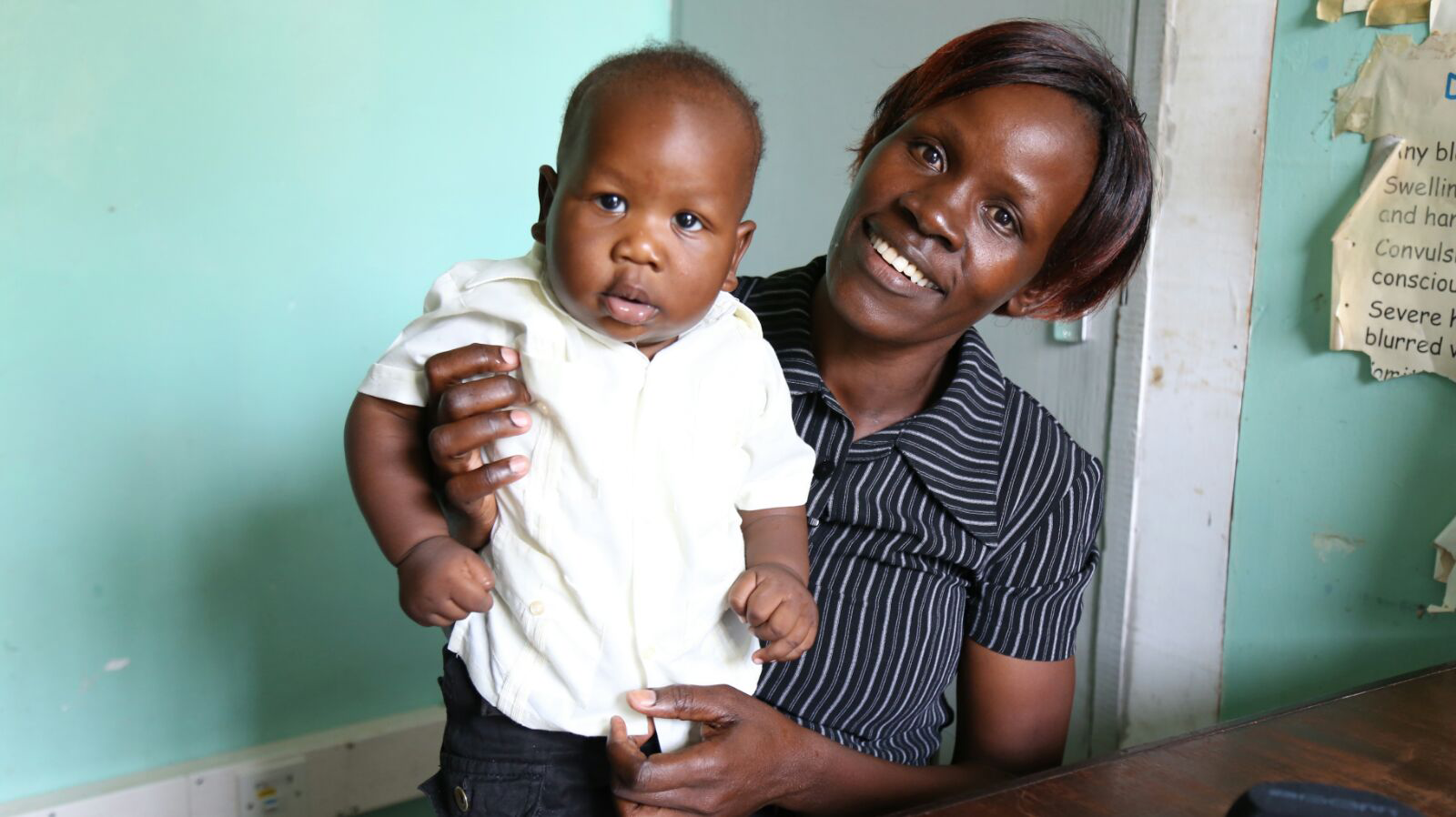 Ruby cuddles her baby, ignoring our attention as we prepare for the interview. Her baby is healthy and free of the life-threatening HIV virus. That was her prayer and something she has worked hard for during the last year.

Ruby Akinyi, 42, has lived with HIV for 15 years, a period she describes as very difficult. When she learned she was HIV-positive in 2001, she was in denial—she would hear none of it. She was expecting her first child, but refused to attend any clinic to seek help that would ensure that her unborn child was not infected.

“I did not accept my status at all and did not want any treatment,” Ruby says. “I just wanted to have my baby.”

Ruby’s experience represents what thousands of people living with HIV have gone through.

Luckily, when the time to deliver came, her husband took her to hospital, where the health workers helped her deliver her baby free of the virus.

In 2005, Ruby conceived again and this time she was blessed with twins—a boy and a girl. However, she again did not seek care, and the boy was born HIV-positive. After six months of struggle, the boy died. A year later, Ruby's husband died due to AIDS-related causes, leaving her a devastated widow. It was the wake-up call that Ruby needed.

She decided to seek help. She wanted to live a productive life and take care of her two remaining daughters. She was, after all, their only hope, their mum and dad.

Ruby says that one reason she did not seek help back in 2001 when she first tested positive was that the health workers were not very friendly.

“They took me for counseling for about 5 minutes and told me that I had AIDS,” she says. “Some even told me I shouldn’t have gotten pregnant, but I wanted to have my baby.”

Ruby’s experience represents what thousands of people living with HIV in Kenya and across Africa have gone through. Stigma and discrimination often stand in the way when it comes to receiving services that could improve their quality of life. Kenya, like other African countries, has a shortage of health workers to provide HIV services, and the few available are often poorly skilled.

The project has trained more than 12,000 health workers throughout Kenya.

The project has trained more than 12,000 health workers across the country over the last three years in areas of HIV testing and counseling, adult antiretroviral therapy, and prevention of mother-to-child transmission, among other topics.

“The training has given me renewed confidence to help patients like Ruby make informed decisions and stay healthy,” says Moureen Onyango, a health worker who attended FUNZOKenya training on preventing mother-to-child HIV transmission in 2013. Now she cares for Ruby and her new baby boy.

As Ruby lives in the joy of bringing up a healthy baby, whose future will not be affected by a virus inherited from his mother, she is quick to acknowledge Moureen and the other health workers who have walked with her through her journey, and the difference in their approach.

“They were very nice to me, and when they knew I wanted to have a baby, they encouraged me and told me I could give birth to an HIV-free child despite being positive,” she says. “I followed their advice. And after 6 months, when I took the baby for a test, I was overjoyed to learn that my child was negative.”

Homa Bay County, where Ruby is from, has the highest HIV and AIDS burden in all of Kenya. The HIV prevalence rate there is 25.7%, according to the Kenya Demographic Health Survey of 2014. Kenya’s national average is 6%.

More than 70,000 adults in Homa Bay County require antiretroviral therapy, though only 46,000 have access to the service.

The county coordinator for HIV and sexually transmitted diseases, Dr. Willis Omwoyo, says to scale up service delivery, the county needs more health workers to be trained in new approached to HIV/AIDS management.

Ruby’s story is a testimony to the fact that when health workers are empowered with the right skills through regular trainings, they save can lives.

As Ruby said, “These nurses are like godparents to my boy, for they have dedicated themselves to ensuring he lives.”

IntraHealth International’s FUNZOKenya project is funded by the US Agency for International Development. Photos by Peter Abwao. 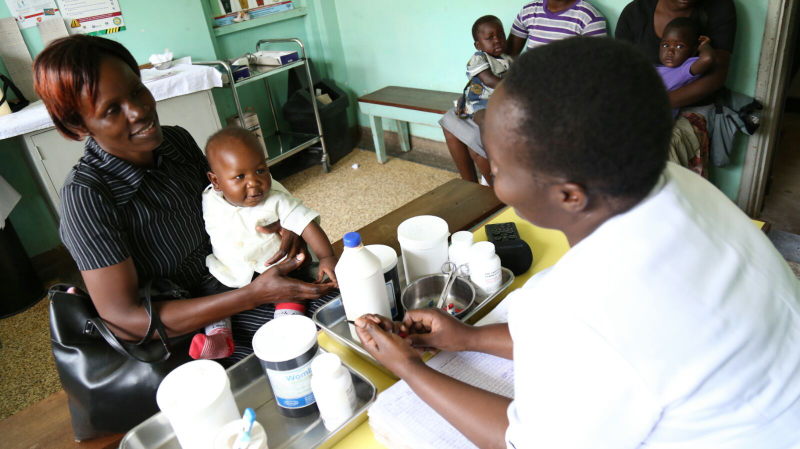 'These nurses are like godparents to my boy,' Ruby says, 'for they have dedicated themselves to ensuring he lives.' Photos by Peter Abwao. 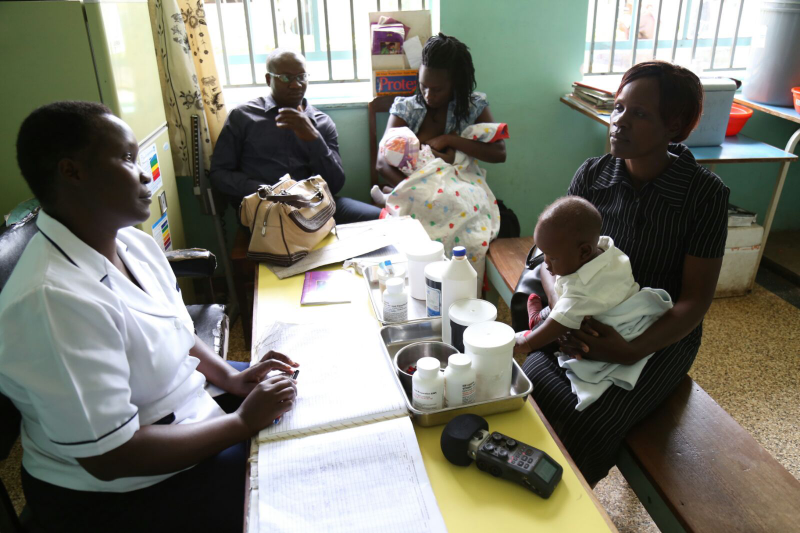 Homa Bay County, where Ruby is from, has the highest HIV and AIDS burden in all of Kenya. The HIV prevalence rate there is 25.7%, according to the Kenya Demographic Health Survey of 2014. Kenyaâs national average is 6%. Photos by Peter Abwao.