International Aid Is More than Altruism 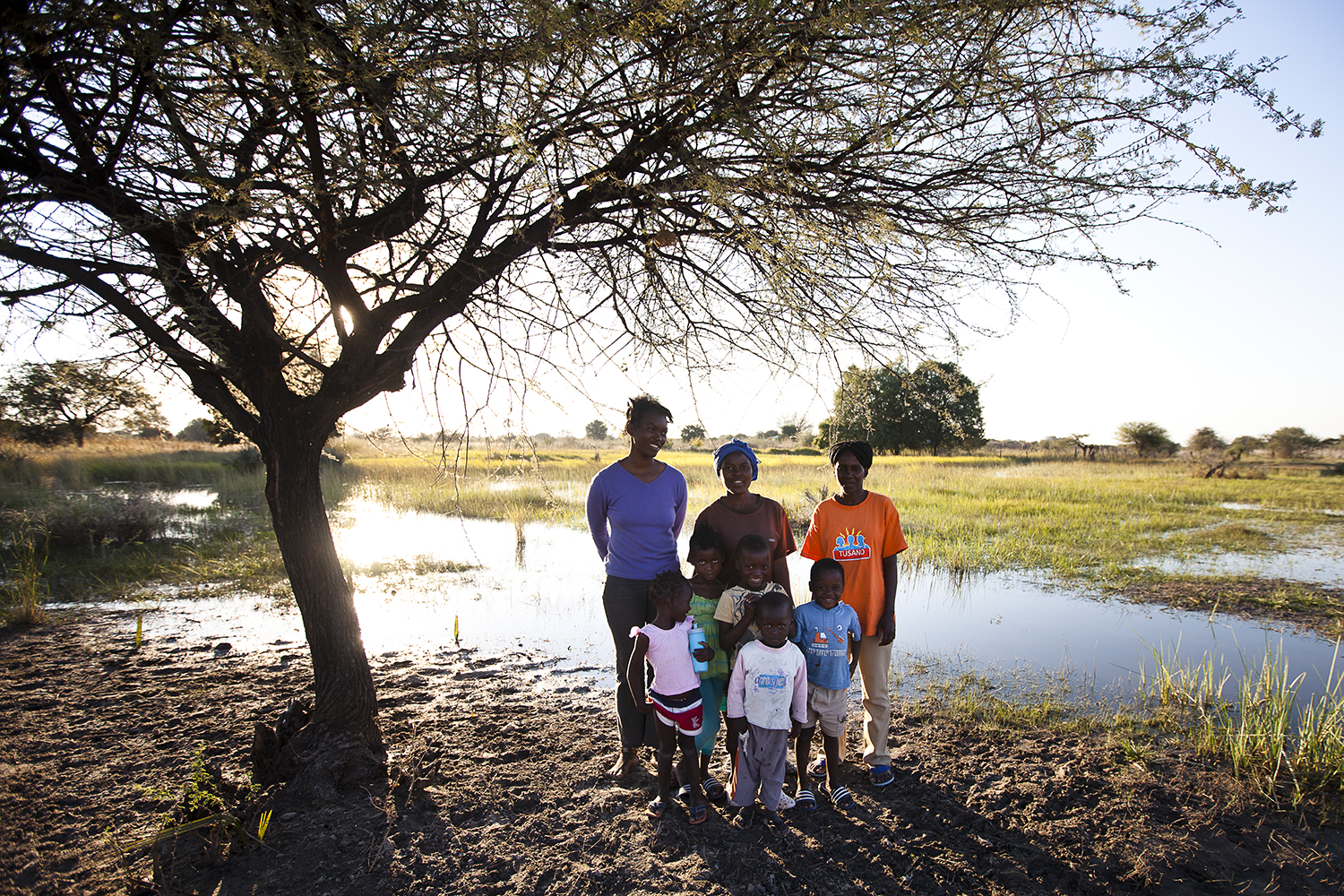 US foreign assistance helps prevent children in Namibia and around the world from contracting HIV. Photo by Trevor Snapp for IntraHealth International.

Our free gift to unnamed strangers keeps us all safer and the world a bit more stable.

Decades ago, Richard Titmuss, a renowned British sociologist, wrote a book called The Gift Relationship: From Blood to Social Policy, comparing blood transfusion services in Britain and the United States. He found that if donors were paid for their blood (as many in the US were at the time), there was a temptation for those who knew their blood was not safe for donation to give it anyway, leading to a less-safe stock of blood supplies that had cost more to produce.

That conclusion alone led to much heated transatlantic debate.

But beyond the economic rhetoric, Titmuss expanded on the philosophy and implications of what he called the gift relationship:

“Unlike gift-exchange in traditional societies, there is in the free gift of blood to unnamed strangers no contract of custom, no legal bond…no situations of discriminatory power, domination, constraint or compulsion, no sense of shame or guilt, no gratitude imperative…”

Most Americans grossly overestimate the percentage of the federal budget spent on overseas aid, which is less than 1%.

Selfless giving—where the donor gives no thought to reward—is actually rare. Talking of blood donation, only 4% of the population in most industrialized countries routinely gives blood. It is so unusual that it makes headlines when we see large numbers of people doing so. Think of the media reports of people waiting in line to donate blood after terrorist attacks, from New York to Istanbul via Paris. It is something we can do to show solidarity and empathy when there are few other options for such expression. And it is real selfless giving.

In the world of international development, all of us are grateful for another type of donor as well—the governments, foundations, and even individuals who give money for programs that bring something good to those who need it.

But we also know that in this particular relationship of giving, there are indeed contracts of power, politics, and legal bonds. It is the same word—giving—but with different connotations. That is to be expected because many donors are spending taxpayers’ money and should be held accountable for how they do that. Giving becomes heavily nuanced by politics, by a sense of the “right” ways and places to spend “donor money”.

Regulation and laws govern how taxpayer money can be spent on overseas aid, which means that although US overseas aid comes as a gift “From the American People”—a salutation in the USAID logo that you can find stamped on sonography machines, food parcels, and ambulances throughout low-income countries worldwide—the American people actually have little idea of what happens to it, or indeed any sense that they have given a gift to someone in extreme need.

In this sense, for each taxpayer who contributes to overseas aid, this is a little like the gift relationship—it is a free gift from each of us to unnamed strangers. This is true altruism and yet in the US there appears to be little sense of national pride in the gift. Indeed, what tends to make the headlines is public resentment about the amount of money sent overseas.

Most Americans grossly overestimate the percentage of the United States federal budget spent on overseas aid, which is in fact less than 1%. It works out to an average of $73 per person per year in the United States. So how important is this not-entirely-freely-given gift from the American people?

Aid keeps us safer than any wall or closed border ever could.

Former secretary of state Colin Powell said: “We live in a dangerous world and a world of opportunity. Increasing our diplomatic and development resources is absolutely critical and money well spent to deal with the dangers and seize the opportunities.”

Though often not a hot topic for media reporting, it is true that development—economic and social—builds peace and helps to stabilize our world. The causes of conflict are inevitably complex, but the challenges that we see often in low-incomes settings—poverty, hunger, poor health, water scarcity, and social inequality—create fertile ground for unrest, rebellion, and conflict. Conversely, where there is social development, economic growth, and a healthy population, the potential for a lasting peace and resilient systems is built.

We no longer need to argue that a crisis in one country’s system of governance has repercussions across the globe. We know it does. There is ample evidence from the Ebola outbreak, when health systems broke down and the disease started to spread beyond country borders. We have seen it in Syria, where people have become refugees, fleeing war and seeking safe shelter in other countries. Mosquitos and birds continue to fly where they want, carrying risks of pandemics with them. Drought in one part of the world affects the flow and availability of food across the globe.

Clearly we are a connected world, and that seems unlikely to change. That is why the money we give to countries beyond our own borders is so significant. Our small annual gift to global development, used wisely, is money well spent. Aid keeps us safer than any wall or closed border ever could.

As individuals, and as a nation, we should be proud of what we contribute to peace in the world, as well as to the wellbeing of individuals who otherwise might not survive. Without our $73 “free gift to unnamed strangers,” many health and development programs would have to close, and many people would suffer as a consequence.

Our gift is important. We should be proud of the good it does around the globe and the benefits we can all expect from a healthier, more peaceful and stable world.

Stop a Pandemic Without Water? Health Workers across the World Need WASH