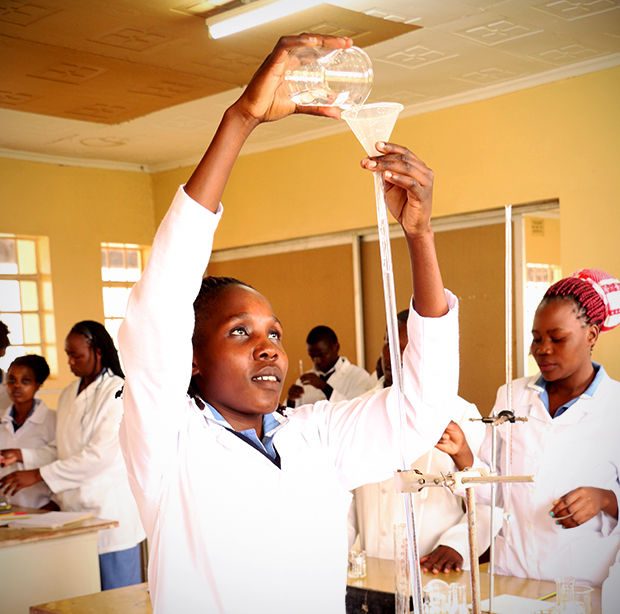 A loan fund in Kenya is helping this pharmacy student keep her promise from childhood.

Imelda Achieng was in Standard 4 (Grade 4 in the US) when her father died.

Her mother recalls how the little girl mourned her dad, but what was most striking was Imelda’s concern about how she would continue her education now that the man who was paying her school fees was gone.

Soon after her father’s death, Imelda became concerned about something else. “My mother was taking a lot of drugs every day, and I wondered what she was sick with,” she says. “After many days of probing she told me she had HIV. I felt very bad and said when I grow up I would do something about it.”

Homa Bay County, Kenya, where Imelda comes from, has the highest HIV prevalence in Kenya. The Kenya AIDS Indicator Survey of 2014 estimates that over 25% of the one million residents here are HIV-positive. The national prevalence, according to the same report, is 6%.

Imelda is now among 9,000 medical students in Kenya benefitting from the Afya Elimu Fund.

“I wanted my children to have an education and have a better life of their own,” says Imelda’s mother.

In her family Imelda was the middle child, though her younger brother passed away at the age of seven. Her older sister dropped out of school in Standard 7 when hardships at home made paying school fees too tough.

Imelda braved the many challenges to complete the O level (a test at the end of secondary school, or high school in the US). “It was not a smooth ride through primary and high school,” Imelda says. “I was sent home many times to look for money. I just worked hard and prayed.”With mother-daughter determination, Imelda graduated from Alliance Girls’ High School, one of Kenya’s most prestigious secondary schools.

I hope I can work in a large pharmaceutical company and discover a cure for HIV that I can give my mum.

Imelda is now studying to become a pharmacist. She’s among more than 9,000 students in Kenya who are benefitting from the Afya Elimu Fund, a loan scheme initiated by IntraHealth International’s FUNZOKenya project and run by Kenya’s Higher Education Loans Board.

Kenya, like many countries, needs to train more health professionals. The country’s health workforce is heavily burdened with critical shortages in the key cadres such as pharmacy, nursing, and laboratory technology. According to the World Health Organization, Kenya has just 11 health workers per 10,000 population against a recommendation of at least 23/10,000. This shortfall affects delivery of services, including treatment for HIV, TB, malaria, and other diseases. Due to the high cost of tuition in Kenya’s health training colleges, many young people like Imelda who wish to become health workers are unable to do so. The Afya Elimu Fund was established in 2013 to support needy students—and especially those from rural areas like Homa Bay—to access low interest rate loans to cover training fees and help mitigate the health workforce shortage.

The load fund is helping Imelda keep her promise from her childhood.

“I believe pharmacy will help me to understand many drugs, how they work as well as their effects,” she says. “But I also hope I can eventually work in a large pharmaceutical company and discover a cure for HIV that I can give my mum.”

Read more about the Afya Elimu Fund and how it’s designed to be self-sustaining. 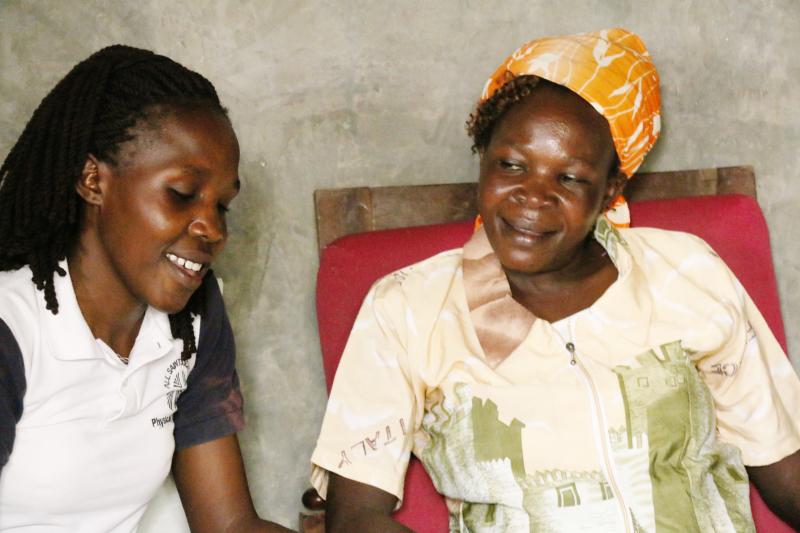 Imelda with her mother. Photo by Peter Abwao for IntraHealth International taken and used with permission.