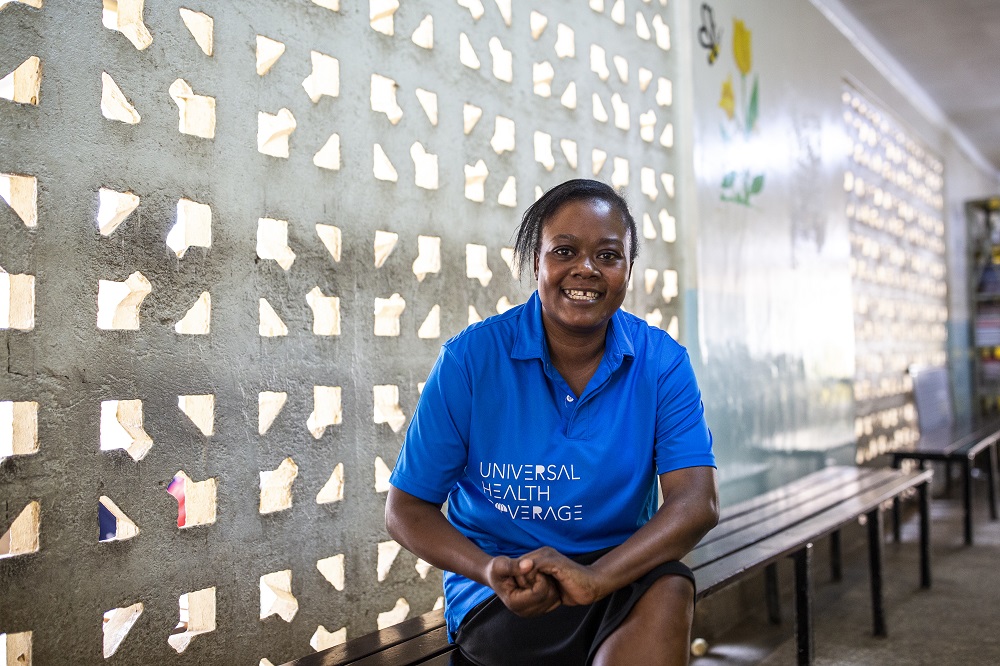 Margaret Odera is a mentor mother, a certified community health worker, and an advocate. Photo by Patrick Meinhardt for IntraHealth International.

When it comes to HIV and COVID, mothers in my community listen to me. And this year so did decision-makers around the world. 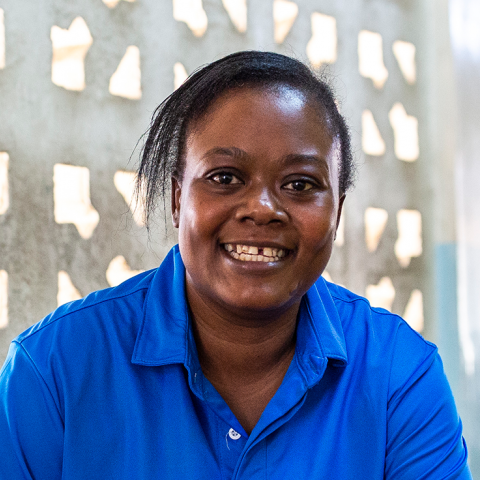 In 2012, I met a pregnant woman in the health center where I work in Kenya. As part of group education, she was tested for HIV, and she tested positive.

She was devastated and hysterical. She believed HIV was a disease for prostitutes and the sexually immoral.

“I was married as a virgin,” she told me. “My husband has been my friend since childhood. How could I be HIV-positive?”

She cried bitterly. She openly contemplated suicide in front of me. She was 19 years old and five months pregnant. I just listened because I knew that she would not be able to hear me if I started talking. I knew, because I saw myself in her.

Her name was Faith. She comes from the western part of Kenya and was part of the Luhya tribe, which highly stigmatized HIV-positive people. Faith demanded a re-test. But again, she tested positive.

I handed Faith a handkerchief and walked her into a private room. I offered her a glass of water and started talking. I told her I had also been pregnant. And that I am HIV-positive. I told her that I had been living with HIV for 12 years.

“You are lying,” she barked. “You look so good. You cannot be HIV-positive.”

I told her the story of how I got HIV. How I met a man who was nice to me. Like Faith, I was a virgin too. I told her that we became involved, and I became sick. I was so afraid to get tested and I feared HIV.

It was 2008. I was pregnant, and I went to the hospital for prenatal care. As part of my visit, I was given an HIV test and tested positive. When I told my husband, he left me. I was eight months pregnant.

I entered a support group at the hospital for HIV-positive pregnant women. There were so many women who needed help and care. Ultimately, I gave birth to an HIV-negative baby girl. And tragically, she died at four months from pneumonia.

But I stayed in the support group and, given my acceptance of my own HIV-status, a USAID project selected me to receive training in mother-to-mother counseling to work with HIV-positive pregnant women. This is my calling in life. I use my own experiences as an HIV-positive woman—an outcast, but ultimately realizing that I do not have to live like a second-class citizen. I can build a healthy life. I can love. I can be loved.

And today, I am. I have a loving husband and three HIV-negative children. And now, it is my honor and privilege to show other women who are scared and ashamed and alone that there is a full life for them. We all deserve that.

The day after I met Faith, she came back to the hospital with her husband. He tested positive for HIV, like her. I counseled them, and they started on antiretroviral medication (ARVs). The couple continued attending monthly HIV clinics and mentorship, and they took their drugs as prescribed. Their baby girl is now seven years old. They also have twin boys. All of their children are HIV-negative.

Since 2015, 783 HIV-positive women in my community have completed my facility’s Prevention of Mother-to-Child Transmission of HIV Program and delivered HIV-free babies. My story becomes a blessing for others. 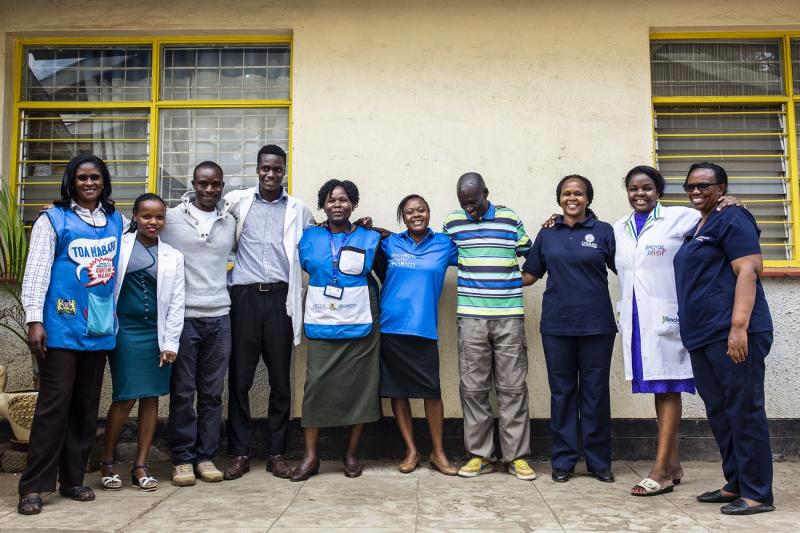 ​Margaret Odera (sixth from left) with part of the team of health workers at Mathare North Health Center in Nairobi, Kenya. Photo by Patrick Meinhardt for IntraHealth International.

Now I am also proud to share my story and experience as a mentor mother and a community health worker on the front lines delivering health care and, since March 2020, fighting COVID-19.

A year ago, IntraHealth International chose me to take part in health worker storytelling and advocacy training. I’ve since shared my story at six international events and reached thousands of people, including global health donors and decision-makers.

I’ve advocated for community health workers like me to be recognized as important members of health worker teams and compensated fairly for their good work. I’ve pushed for personal protective equipment and digital tools health workers need to keep themselves, their families, and their patients safe during the COVID-19 pandemic. And I’ve called for improved WASH (water, sanitation, and hygiene) in health facilities like mine.

I’ve even used my new skills to make change locally. I joined my fellow community health workers to advocate for clean water at my facility and in our community. Our requests made it to the hospital board of trustees and then to the Nairobi county director. Since May, the country has dug two boreholes in the community and one in the health center. Now we don't have frequent water shortages like we did before.

As a mentor mother and community health worker, I also talk to the mothers I work with about noncommunicable diseases—diabetes and hypertension are on the rise here in Mathare. Last month I met with the chief pharmacist in the subcounty and shared my ideas on how to improve the welfare of patients with hypertension and diabetes. I made a case for new blood pressure machines and oxygen. That way we won’t have to waste time transporting patients from our facility to another facility.

I hope the chief pharmacist as well as the funders and decision-makers really listened to me. And that, like the county director, they act. For women like Faith, and for health workers like me.

Margaret Odera’s participation in storytelling for advocacy training was part of an ongoing partnership between Medtronic Foundation and IntraHealth International to encourage policymakers to hear the stories and recommendations of frontline health workers at major policy forums. 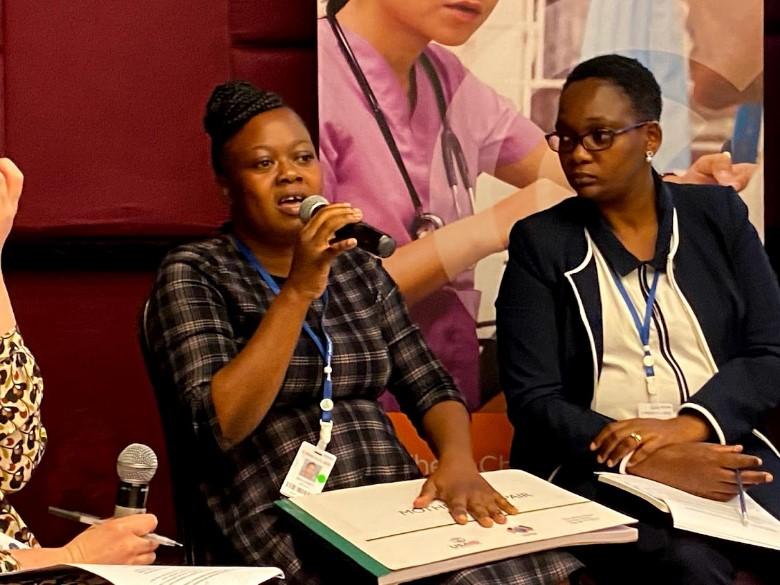 Margaret Odera speaks during a side session, Accelerating Progress Toward UHC, at the Prince Mahidol Award Conference in Thailand in January 2020. “I want the world to know there is someone who is called a community health worker who has challenges,” says Margaret. Photo courtesy of Vince Blaser. 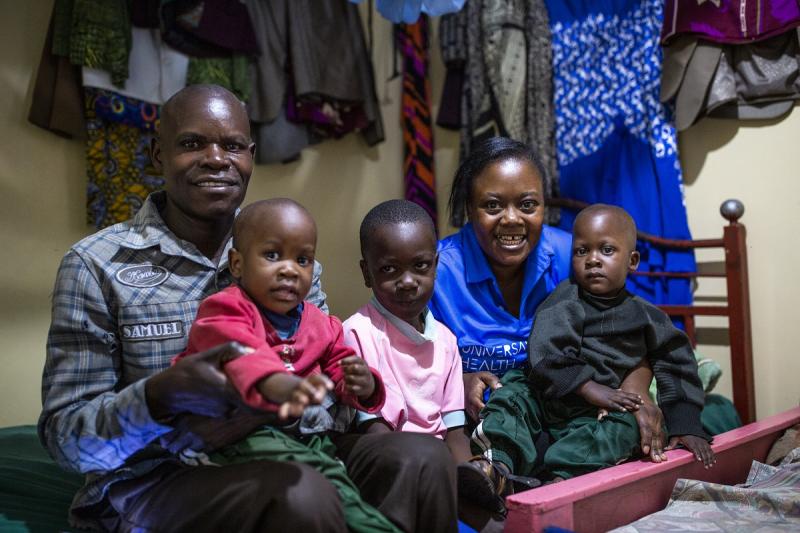 Margaret Odera with her husband and three sons. ”Since the start of the COVID-19 pandemic, keeping myself and my family safe is a big concern for me,” Margaret says. Photo by Patrick Meinhardt for IntraHealth International. 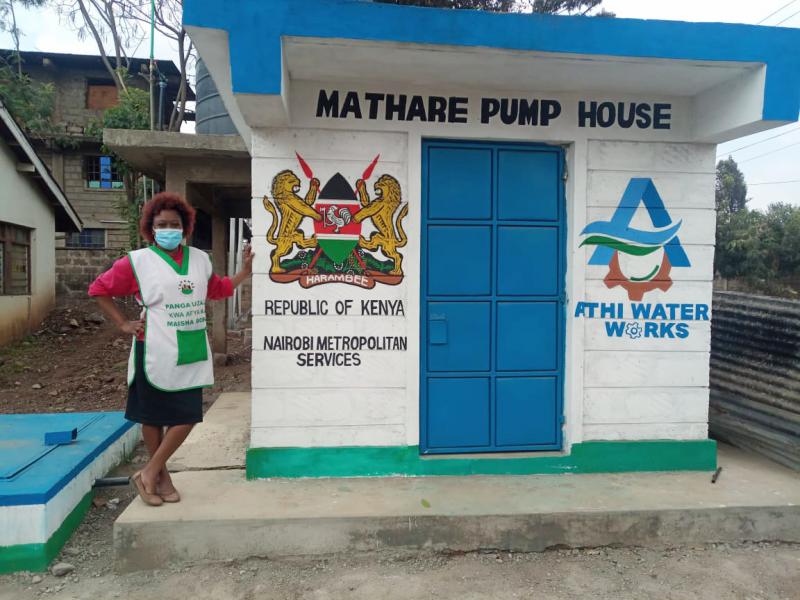 Margaret Odera stands next to one of three new boreholes she advocated for in her community. “Until recently my facility frequently experienced water shortages,” says Margaret. Photo courtesy of Margaret Odera. 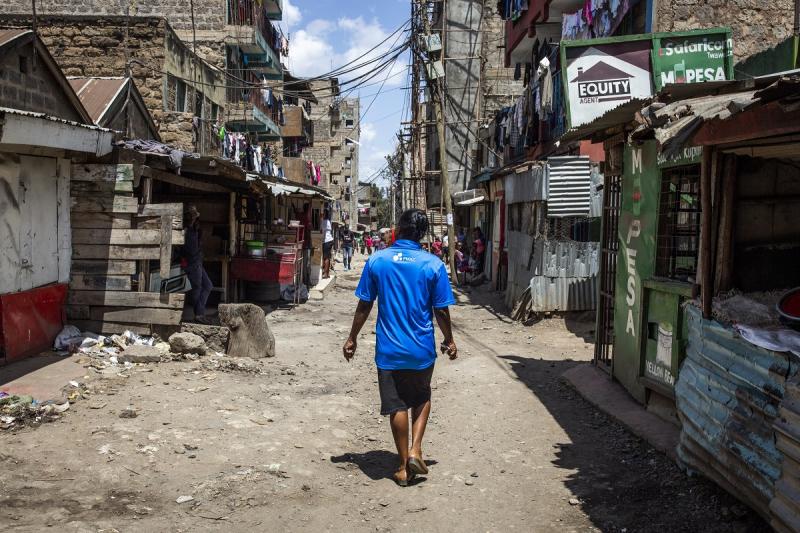 Margaret Odera goes out into her community to council pregnant women and new moms on how to prevent mother-to-child transmission of HIV. She also provides vital information about noncommunicable diseases, cervical cancer, and COVID-19. Photo by Patrick Meinhardt for IntraHealth International.