How Do You Become a Humanitarian? 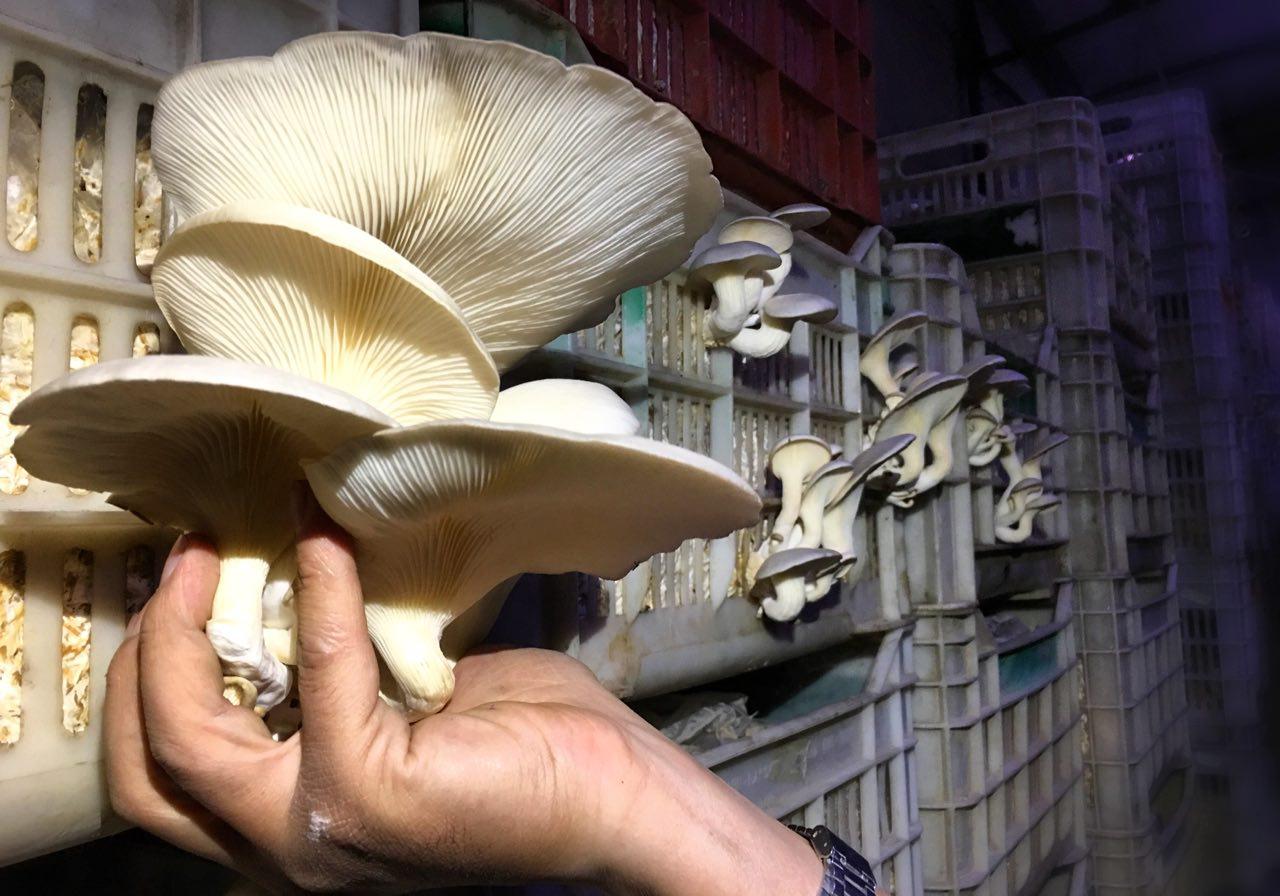 Mushrooms grown in an underground farm in East Ghouta for the A Challenge to Survive project. Photo courtesy of Ghiath Alddin Zeen and Ghiras A-Nahda.

Ghiath Alddin Zeen was forced to leave Syria, but continues to find ways to help his people. On World Humanitarian Day, meet an amazing humanitarian.

“We started as a volunteer team in Damascus city—8 women and 8 men—in 2001,” says Ghiath Alddin Zeen. “In our free time, we were distributing food baskets during Ramadan, and second hand toys for the poor families.”

Ghiath is now the CEO of Ghiras A-Nahda, a nongovernmental organization of more than 125 Syrian humanitarians. One of the NGO’s projects, A Challenge to Survive, is helping people living in besieged areas of Syria grow mushrooms at home as a healthy source of food.

Half a million people have been unable to leave the besieged areas and are cut off from food supplies.

After the war started, Ghiath's team became an official organization with permission to do charity work. They expanded into the rural areas of Damascus and distributed medical bags and food baskets. They also conducted first aid workshops for health workers, showing them how to help injured people at their homes because they couldn't take them to hospitals without being arrested.

Around 2012, Ghiath was forced to flee to Turkey. But some of his colleagues remained and continued to work in their offices located within the besieged areas around Damascus.

Ghiath says half a million people have been unable to leave the besieged areas. They’ve been cut off from food supplies and have little access to fresh produce or sources of protein. Many are severely malnourished and suffering from starvation. He says he’s even lost some of his staff members.

“In the besieged the areas of Damascus, there are two green areas,” says Ghiath. “We call them Ghouta, or ‘the place with a lot of trees.’ There are almond trees, apple trees, cherry trees. And we found some kind of mushrooms randomly growing between these trees.”

“Mushrooms are full of proteins,” he says. They are also a great source for nutrients and contain vitamin B and vitamin D.

Ghiath says his employees are all from different backgrounds. “We are very normal people,” he says. Ghiath, for instance, has two degrees—in English literature and the Arabic and Islamic sciences. He also started his MBA, but that’s on hold for now.

Ghiath’s team began working with a group of doctors and engineers at the Nwat Centre for Scientific Studies, located in the besieged areas. First, they addressed that there was no electricity to help grow the mushrooms, and supplied the center with biogas and made sure their generators worked. Then the food experts started to test the mushrooms they had found to see if they could plant them again.

But the people in Damascus were not used to growing or eating mushrooms, they weren’t traditionally part of their food culture.

"Now 2,000 families in the besieged areas are growing and eating their own mushrooms."

“The first species were too hard for local people to grow in their homes, and needed a very special atmosphere. Without electricity at home, it was too hot. Our center was burned [in an airstrike], but we started again,” says Ghiath. “And we produced a new series of mushrooms, and made a few small farms.”

They then developed a growing kit and taught people how to plant and grow mushrooms from inside their kitchens. They also made a farm underground in East Ghouta and started to produce mushrooms in large quantities.

“Now at least 2,000 families in the besieged areas are growing and eating their own mushrooms,” Ghiath says. The new mushrooms are very easy and fast to grow. “They can eat the mushrooms with olive oil, or make pizza with them. And they can save them in jams. And they can sell the quantity they don’t use.”

Anyone can be a humanitarian

“All Syrian NGOs are facing challenges with donations. Year by year, we get less donations from around the world for many reasons, including political issues,” says Ghiath.

That’s why his organization decided to use crowdfunding via a new platform launched by CanDo International to provide more families with the ability to grow mushrooms. The CanDo platform provides local humanitarians like Ghiath working in communities devastated by war the ability to campaign and reach donors who otherwise wouldn’t know they exist or how to support them.

“We have solutions. But we need help.”

“The Syrian crisis hasn’t ended yet. We can support and reach people in besieged areas,” he says. “We have solutions. But we need help.”

“When you see this suffering every day—kids who’ve lost arms, lost their parents—it gives you more reasons to do your best. We have to keep moving. So we are trying this,” says Ghiath.

Ghiras A-Nahda has worked on a number of development projects to encourage productivity, provide job opportunities, and enhance abilities for people to live a decent life.