How Do Attacks on Health Care Affect Women?

When hospitals or clinics are attacked, women often become targets. But what do we know about the real impact on their health and well-being? 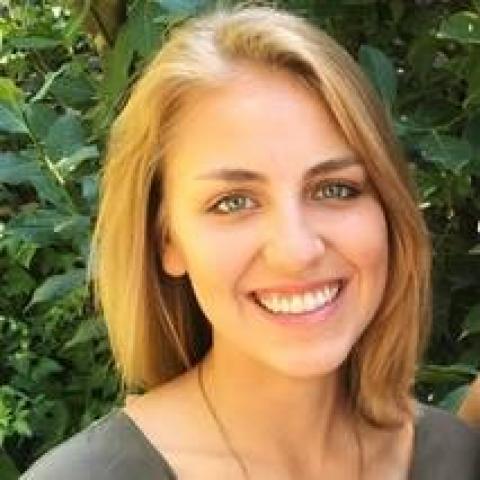 In April 2017, 60 militia members attacked a hospital in Cinq, a city in the Kasai district of the Democratic Republic of Congo. The rebels set fire to a surgical suite, trapping 35 patients inside, and then torched most of the hospital. They sexually assaulted women and girls with sticks and firearms, including a woman who had just given birth hours before.

The details of this attack are horrifying. More than 100 people died, including 90 patients and two health workers.

But it isn’t uncommon.

In 2017 there were at least 701 attacks on health facilities, health workers, patients, or ambulances in 23 countries in conflict around the world, according to a 2018 report by the Safeguarding Health in Conflict Coalition.

As an intern for IntraHealth International, I helped disseminate the report. And as a master’s in public health student focusing on maternal and child health, I was concerned to see how many attacks documented in the report include violence against women—including women health workers—and how often they become a direct target.

Women are more likely to be targets

Attacks like the one in Cinq affect entire communities—often leaving them without access to safe, high-quality health care in times of intense vulnerability. According to UNICEF, 224 health centers in Kasai have been looted, burnt, or destroyed by the violence, eliminating health services for hundreds of thousands of households.

But the impact of these attacks seems magnified for women. Women make up 70% of the global health workforce, so are more likely to be present during an attack on a hospital or other facility. And the attacks leave them without resources to ensure health care for themselves and their families.

As in Cinq, conflict and sexual violence commonly happen together. In 2016 alone, the UN found 179 reported cases of sexual violence in the Central African Republic, the continued enslavement of 1,882 women and girls in Iraq, and rates of sexual violence among women fleeing Myanmar as high as 50%. These estimates are likely low due to underreporting, as data collection can be challenging and potentially traumatizing for victims.

These attacks can lead to physical injuries, unwanted and potentially dangerous pregnancies, and serious mental health challenges. The effects can be life-threatening without a strong health system and access to health care.

Obstructing care is an attack on health and on women

The definition of attacks on health care in the coalition’s report includes obstruction of health care and the supplies needed to provide it.

Human Rights Watch, for example, discovered evidence of obstruction in the Nuba Mountains in Sudan—the government stopped all deliveries of contraceptives and medical supplies to the region when violence erupted over five years ago. Without access to reliable contraceptives, women are vulnerable to unplanned pregnancies and sexually transmitted infections and do not have access to prenatal services or emergency obstetric care, meaning the risks of hemorrhage, eclampsia, and infection go up.

Most maternal deaths could be prevented through access to prenatal care.

All of this is incredibly dangerous for women. Local officials told Human Rights Watch that about 350 women died in this part of Sudan in 2016, and they suspect that most of them were pregnant and died due to pregnancy-related causes. The UNFPA estimated 61% of all global maternal deaths in 2015 occurred in just 35 conflict-stricken countries.

According to the World Health Organization, approximately 830 women die every day due to complications related to pregnancy and childbirth. And most of those maternal deaths could be prevented through access to prenatal care and a skilled health worker at birth. But where health is under attack, these services may not be available.

In Syria in January 2018, Russian and Syrian government forces bombed the Al-Salam Hospital in Ma’arat al-Nu’man. The attack killed five people and caused so much damage that the hospital was forced to suspend operations. It’s the only maternity hospital in the city, serving 500,000 people, and had over 650 deliveries in December 2017 alone.

The impact of all this on mental health cannot be overstated. Researchers have found that women in conflict areas have greater risk than men of depression, anxiety, and post-traumatic stress disorder. Some reasons for this include the correlation between child and mother distress, gender-based violence, and unplanned pregnancies.

Women commonly become the emotional foundation for the family in conflict, and without access to mental health services, this burden can be overwhelming.

We need a gender lens

The Safeguarding Health in Conflict Coalition uses evidence from its annual report to advocate at the global level to end attacks on health and hold perpetrators like the militia in Cinq and the offending governments accountable.

But in this report, victims of attacks are not disaggregated by gender because this information is often not available. So how do we know what the real effects of attacks on health are for women?

Attacks on health care need to be looked at through a gender lens.

This topic is complicated and multifaceted, but what is clear is that the issue of attacks on health care needs to be looked at through a gender lens.

We need to improve data on attacks on health, including collecting gender disaggregated data. We need more research on the physical and mental impact of attacks on health for women. And we need to look deeper into the impact on female health workers.

War has lasting effects on everyone it touches, but without women-focused interventions, we won’t be able to do everything possible to protect the lives of women and their families in conflict.