How Can We Do Better by American Patients and Health Workers? 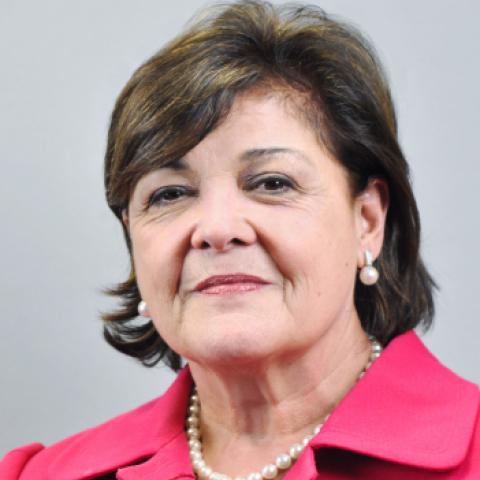 By Nilda Peragallo
IntraHealth Board of Directors, 2012-2013 and Dean of the School of Nursing and Health Studies, University of Miami

For the United States to really meet patients’ needs and continue to offer high-quality care, many things have to change. One of these is education.

We need to open the doors in the educational system to, and our institutions need to reflect, the diversity of the population that we live in. That’s a huge step all by itself. You know I have seen discrimination and bias. I have lived it, living in this country as an immigrant and somebody who is not of the culture.

Medical education curricula also need to reflect multicultural identity. In my profession, nursing, we have tried to really push for trans-cultural education and cultural sensitivity. I think in nursing we have done a good job of requiring this as a part of the curriculum.

It is one thing to say it is important, but now we also need to act on this commitment. The student population needs to reflect the populations we serve. According to the U.S. Department of Health and Human Services, a survey registered nurses released in 2010 showed among that among employed nurses, 3.9% reported being Latino; 5.6% black; and 5.8% Asian.1 The majority of nurses are white, but the populations we are serving are more diverse. According to the 2010 Census, 16% of Americans identify as Hispanic, 12% as black, and almost 5% as Asian.2 There is a mismatch, and nursing is not unique in that. If you look at other types of health workers you will find the same. We need to integrate the diversity of our communities into our higher education institutions.

There is also an ever-growing need for more health workers in this country, and it is hard to say we are going to meet all of our needs without recruiting health workers from abroad. But if we are going to continue to recruit from overseas, we should be trying to recruit people who have something in common with the populations they are serving, and we should be recruiting them ethically. There are headhunters who will promise hospitals a certain number of nurses and then go recruit them and bring them over, leaving communities abroad without much-needed health workers. We need to do more to follow and enforce standards of ethical recruitment such as those developed by American Nurses Association in its Code of Ethical Conduct for the Recruitment of Foreign Educated Nurses and the International Council of Nurses’ statement on ethical nurse recruitment.

To recruit and bring over a foreign-educated nurse, it will cost a headhunter about $40,000. For the same amount, you can educate a nurse here by paying for a student to study at a private institution in an accelerated program and get clinical experience here in this country, in this health system. That’s what we should be doing more of.

There is tremendous interest in these accelerated programs. There are a lot of people with an undergraduate degree who want to change careers and would consider nursing. These people often make the best students, real go-getters with a proven record, and they already have degrees. Instead of investing in foreign recruiting, why don’t institutions invest in these potential students? There used to be traineeships for nurses, and now there are none or very few. Financial reasons are what often keep these students from pursuing nursing education. We have to be willing to invest in students and in attracting a diverse pool of students to nursing and other health professions.

Read a press release on Dr. Peragallo joining the IntraHealth Board here.

RT @HrhWanda: And by resources let’s make sure EVERYONE understands that chief among them are the human resources for health ➡️ t… https://t.co/Dma0x8xslI