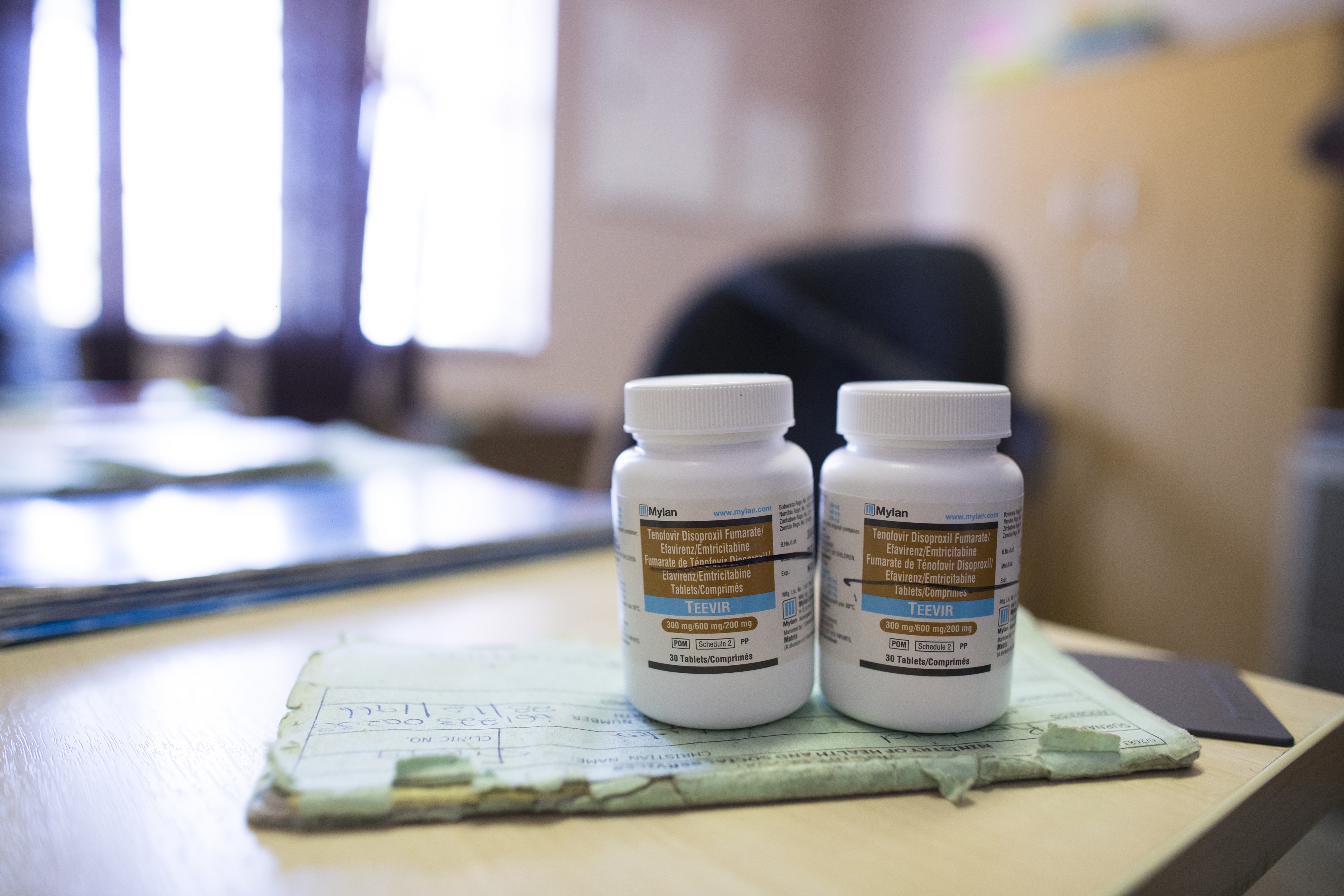 HIV meds at a clinic in Omuntele, Namibia. Photo taken by Morgana Wingard for IntraHealth International.

Community groups keep each other accountable and healthy while living with HIV. 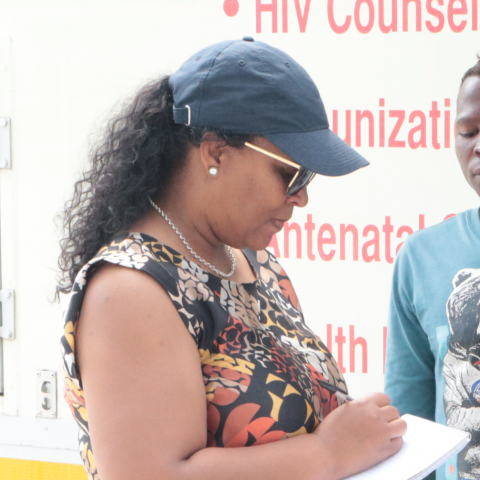 It is a sunny day at Korokoko village in Northern Namibia where the USAID HIV Clinical Services Technical Assistance Project (UTAP) is working to help people who live with HIV reach viral suppression.

Gathered under a tree are seven women and two men, including a community health worker and the district HIV nurse mentor. The members are eager to share their experiences as part of the Kavidi Community Adherence Group. Formed in May 2017, the support group brings together people living with HIV who are on antiretroviral therapy (ART) and helps them stay on their treatment regimens, while helping health facilities retain their clients.

The leader is Enata*. “I’m very proud of each member of the group,” she says. “Since the initiation of the group, no member has defaulted from care. The group has bonded and we are accountable to each other for how we take our ART.” Group members help each other adhere to the medication and achieve viral suppression.

Being part of the group also provides support for people with HIV in some not-so-obvious ways. For example, it reduces the transportation costs of going to collect medication. Now, one person goes to the clinic every three months to collect ART for everyone, freeing up time for everyone else to work to support their families.

Membership and participation in the group are very important to Timo (38) and his girlfriend Mariana (29), who are about to become proud parents. In 2014 they both tested HIV-positive and began ART soon after. Mariana struggled to accept her HIV status and to adhere to her antiretroviral therapy.

Today, we are about to have an HIV-negative baby. So all things are possible.

“At first, I was in denial, but with my boyfriend by my side, we managed to support each other,” she says. “When I tested positive, the thought of having children never crossed my mind—all I saw was death. I didn’t think it would be possible to get pregnant, but we listened to the advice we got from the health workers about planning for pregnancy while adhering to treatment and keeping our viral loads suppressed and it made me realize that it was possible. Today, we are about to have an HIV-negative baby. So all things are possible these days.”

Mariana was ashamed of her status for a long time. She alienated everyone around her and it almost cost her her life. At one point, she even stopped taking her medication, which caused her viral load to rise. She said that joining the group made her realize that HIV was not a death sentence. It’s helping her and her boyfriend live healthy lives.

I was determined to stay healthy to become a member.

“To join the group, I had to have a suppressed viral load, which is one of the requirements,” Mariana says. “And because I saw the benefits of the group from my boyfriend who joined the group before me, I was determined to stay healthy to become a member. After taking my HIV medication daily for three months as prescribed, my viral load dropped to an undetectable level. I was so happy.”

Pregnant women are not eligible to remain in Community Adherence Groups because they require frequent check-ups at the health facility, so Mariana will rejoin the group after she gives birth and is cleared by her doctor as stable.

Her partner, Timo, says that although discrimination against people living with HIV is better now than it was in 2014 when he was diagnosed, there are still people who look down on them, even if they are on ART. He also thinks men in particular are still afraid and embarrassed to join the group or even talk about HIV.

“Men are leaders in the community and don’t want to be seen taking ART,” Timo says. “But I encourage other men to not be ashamed of this condition and go for HIV testing so that they know their status—it promotes a healthy lifestyle.”

The Community Adherence Groups have improved patient-centered care and peer support for adherence and viral load monitoring. At the same time, the health system has seen a decongestion of facilities, giving health workers more time to treat unstable patients. Plans are underway to evaluate the impact of these groups on clinical outcomes, including sustained viral load suppression and retention in care.

The Community Adherence Group initiative is spearheaded by the Ministry of Health and Social Services in collaboration with donors that include PEPFAR and USAID. IntraHealth International leads UTAP and has partnered with district health teams to equip frontline health workers and people living with HIV with the necessary capacity to establish, expand, and maintain Community Adherence Groups.

*Names have been changed for anonymity.