For HIV Counselors in Zambia, Work Hits Close to Home 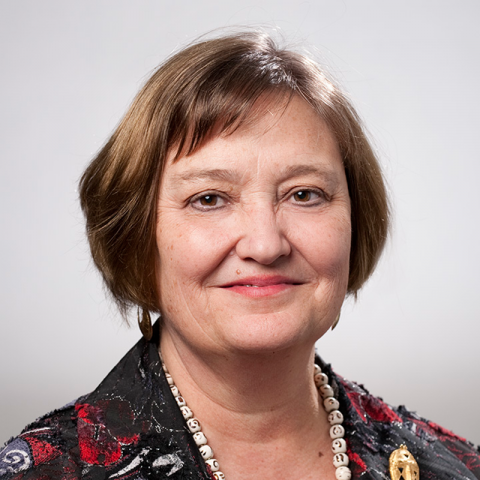 In a small office at Kafue District Hospital in Lusaka, Zambia, I met two HIV counselors, Albert and Philip.

Their work is tough. Over 1.1 million Zambians live with HIV, or about 13% of adults. And in this district outside Lusaka, close to one in five people live with the virus. HIV has ravaged many families and communities in Zambia, and health workers know firsthand the pain of those losses.

I asked Albert why he became a lay counselor.

“HIV and AIDS have completely changed our poor community,” Albert says. It’s in Kafue District, about 45 minutes outside of Lusaka, the capital city of Zambia. It is urban and very poor. “Many people who have become HIV-positive were the family breadwinners. And young girls are getting HIV. When it is time for them to get married, they generally do not want disclose their status for fear that they may be rejected.”

Philip became a health worker because his wife was diagnosed with HIV.

Then, speaking softly, Albert told me of the four children he lost to AIDS a decade ago—three sons in their early twenties and an 18-year-old daughter who had just finished high school, a major family achievement.

He and his wife didn’t know much about HIV at the time. They didn’t know how to help their children then. Now they do.

Today, they have another young child. They talk with him every day about the importance of HIV prevention measures, even though their son is still a primary school student.

Philip, the younger of the two counselors, tells me he became a health worker because his wife was diagnosed with HIV. He wanted to help her and to fight against this terrible disease that has killed so many people in his country. They have three children—ages 5, 14, and 16. During each of his wife’s pregnancies, they sought services to prevent transmission of the virus to the babies. Today, all their children are HIV-negative.

“While many people are grateful for the services we offer,” Philip told me, “there are other community members who are angry when we talk to them about HIV prevention. Some of them make fun of us and call us names.  We must work in pairs for protection.”

But there are bright moments in their work, too.

Albert told me about a man he came across who was very sick, near death. Albert encouraged him, during many visits to the man’s home, to get tested for HIV. When the man eventually tested positive, Albert referred him to the treatment facility and personally followed up with him, routinely visiting his home and helping him adhere to his treatment. It’s remarkable to see that man today, Albert says. He’s healthy, back to work, and practices safe sex with condoms.

Albert and Philip seek out those in need at community churches, bars, schools, and the Friday market.

Philip talked about Mr. Chabota, a truck driver who came to him to get tested. When Mr. Chabota tested positive, he refused to inform his wife or go to the facility for treatment services. Eventually Philip persuaded him. Mr. Chabota’s wife was furious. Philip told them: “If you want to live longer in this world, take care of your family, and prevent HIV infection, you must practice safe sex and come back for retesting too.” Now the couple visits the health facility regularly, together.      But many who are diagnosed with HIV never go to the clinic for treatment.

So Albert and Philip seek out those who are infected or at risk at community churches, bars, schools, and the Friday market. They talk with bar owners to find local female sex workers and men who have sex with men—both groups that are particularly at risk of infection and may avoid seeking care out of a fear of discrimination or losing work.

So Albert and Philip work to build people’s trust in the health system and make connections to those in need where they can.

On Fridays, Albert and Philip work the HIV testing and counseling tent at the local market. Some clients spend hours traveling to it, walking from as far as 15 miles away. And they tend to prefer talking with lay counselors like Albert and Philip.

Lay counselors such as Philip and Albert are volunteers in their communities, trained by IntraHealth International in HIV testing and counseling skills. An IntraHealth district coordinator provides them with supportive supervision, ensures that they have adequate supplies of HIV test kits, and assists with referrals for care and treatment.

“But we are also working with limited resources,” Philip says. “We have only one tent and we need two. We work with many different vulnerable populations and we have to learn how to best counsel them. We also sometimes work 17 hours a day.”

They need refresher training, resources to draw more clients in, and a pay raise to compensate for the long unpaid hours they often work.

There are challenges, they say. But despite them all, saving lives is the best part of their jobs.

IntraHealth International’s HIV Testing and Counseling Project in Zambia is funded by US Centers for Disease Control and Prevention. Names here have been changed to protect privacy. 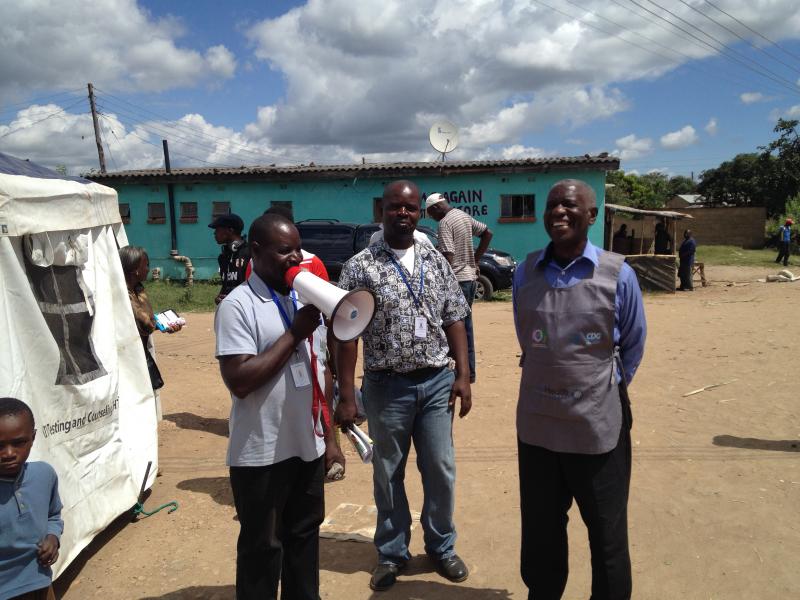 HIV lay counselors and their district coordinator work to build the communityâs trust in the health system and make connections to those who need HIV services. Photo by Karen Blyth. 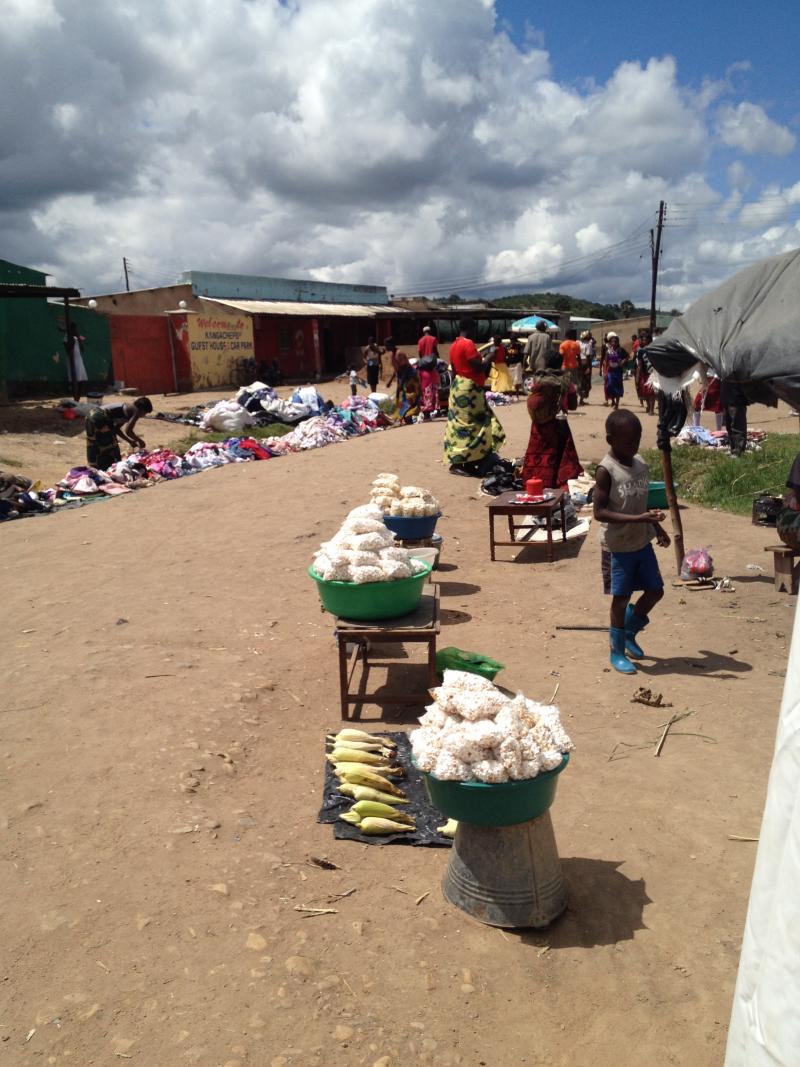 Outside Kafue District Hospital in Lusaka, Zambia. Living conditions in this urban community are cramped, and a lack of potable water and sanitation create great challenges. Lay counselors must work hard to prevent new infections, particularly for young girls, female sex workers, and men who have sex with men. Photo by Karen Blyth. 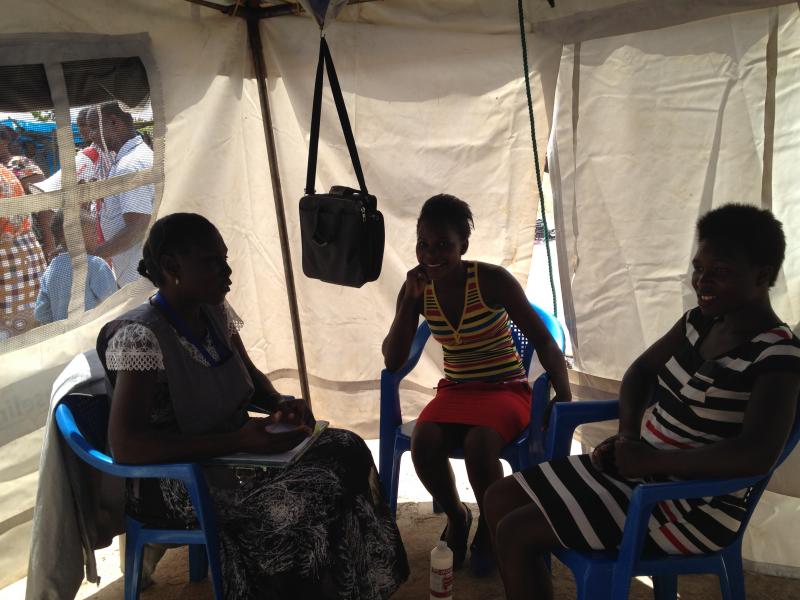 On Fridays, lay counselors work the HIV testing and counseling tent at the local market. Some clients spend hours traveling to it, walking from as far as 15 miles away. Photo by Karen Blyth. 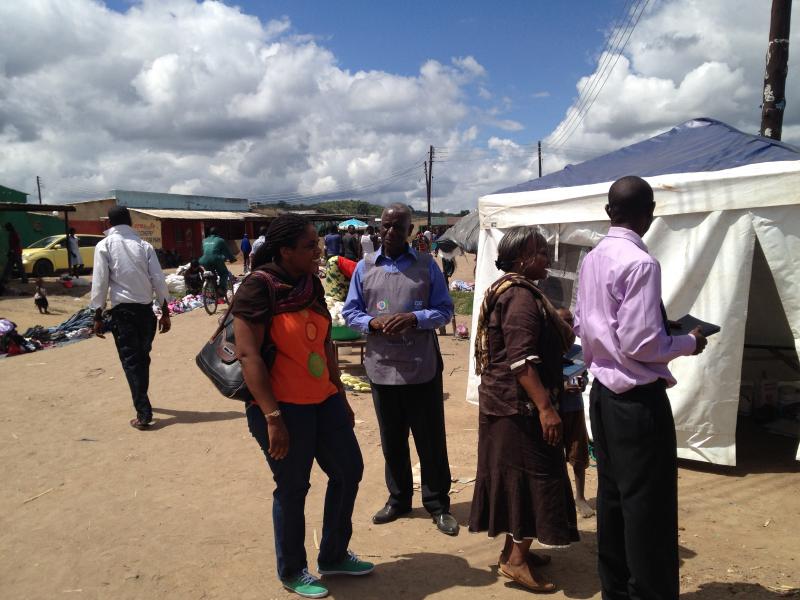 Lay counselors such as Philip and Albert are volunteers in their communities, trained by IntraHealth International in HIV testing and counseling skills. Photo by Karen Blyth.