Haiti’s Need for Mental Health Services, Before and After the Quake

Mental illness affects 1 in 10 people, yet only 1% of the global health workforce is dedicated to mental health. Haiti feels the effects. 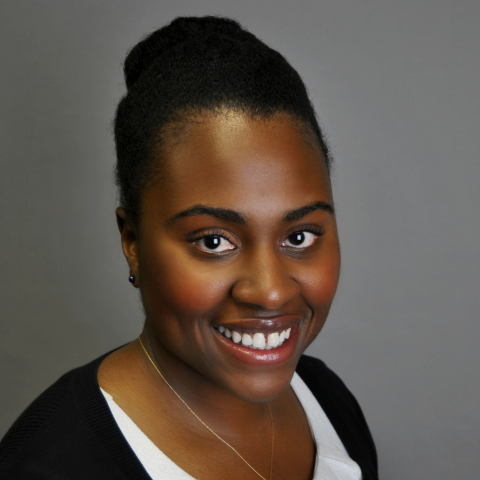 When people find out that I experienced the 7.0 magnitude earthquake that struck Haiti in 2010, they are understandably curious.

But when I tell the story, even five years later, my heart rate rises. I get goosebumps. My palms sweat. I feel short of breath, and often tears well up in my eyes.

As each aftershock came and went, people erupted in song and prayer.

I was half asleep in the backseat of a car in sweltering Port-au-Prince when we felt the vehicle rock back and forth as if riding a huge wave. Buildings and houses began to fall, creating clouds of dust, and from those clouds people were running, barely escaping as the buildings collapsed.

We grabbed each other and ran, and every way we turned we saw destruction, despair, and death.

We made our way to my family’s home down the middle of a wide street with thousands of other people, quickening our pace as the aftershocks followed, some feeling as powerful as the initial quake. We slept outside on the ground that night as the earth continued to tremble. As each aftershock came and went, people erupted in song and prayer.

As I write this now, the memories—rubble piled high, screams and cries, having to step carefully to avoid the dead bodies lining the street, putting rubbing alcohol under my nose to avoid the smells—flood my mind.

When I first got back I had trouble in social interactions. I felt guilty, alone, and on edge.  I woke up in cold sweats, and could feel the ground shaking even when it wasn’t.

These were all symptoms of the post-traumatic stress disorder (PTSD) I was suffering. With the help of therapy and treatment, many of my symptoms have faded. But I was lucky to have access to mental health care after the earthquake. Most Haitians did not.

What happens to a population’s health and well-being under that type of widespread, long-lasting stress? Especially when there are no trained health or social service workers there to help address the effects?

The psychological toll of the quake has been extraordinary for the people of Haiti.

The earthquake in Haiti killed approximately 200,000 people. More than 300,000 were injured, more than 1 million displaced. Research in 2013 found that 90.5% of survey respondents had at least one relative or close friend who was injured or killed. And 93% saw dead bodies.

The psychological toll has been extraordinary for the people of Haiti, a country that already faced the many stressors of disease and chronic poverty: almost a quarter of the population experienced PTSD in the aftermath, and even more experienced a major depressive disorder. Haiti’s health workforce was woefully underprepared to provide the physical care the population needed then, much less the psychosocial and mental health services. Since the quake, there have been some mental health capacity-building projects there. But mental health care is still a neglected need in Haiti—and around the world.

On July 14, the World Health Organization released the 2014 Mental Health Atlas, which provides a comprehensive overview of global mental health. This fourth edition includes data from 171 countries and shows dramatic differences in resources for mental health and access to care among high-, low-, and middle-income countries.

Mental illness affects about 1 in 10 people around the globe, yet only 1% of the global health workforce is dedicated to mental health.

Training for mental health workers is essential if we are to improve the capacity of the health workforce around the globe. And it could have far-reaching effects, as poor mental health is often the root cause of other health conditions, and it can inhibit people from participating in social and economic development.

Despite the fact that noncommunicable diseases (NCDs) have become the leading cause of death across the globe, we have yet to make them a clear global health priority. And our discussions of NCDs often ignore mental health.

We must begin to consider the impact the quake had on mental health in Haiti, and make mental health care a priority there and around the world. 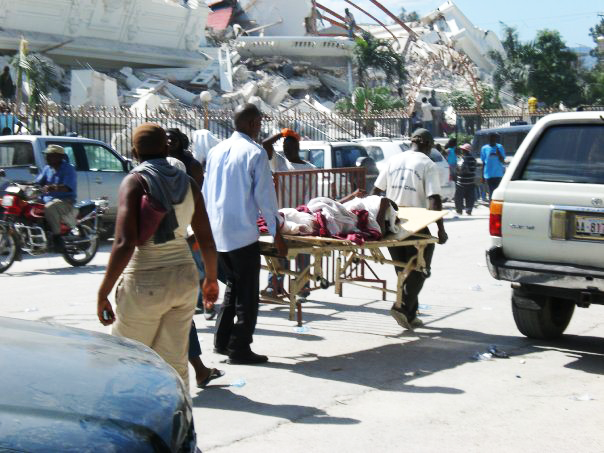 In 2013, research in Haiti found that 90.5% of survey respondents had at least one relative or close friend who was injured or killed. And 93% saw dead bodies. Photo courtesy of Yanica Faustin. 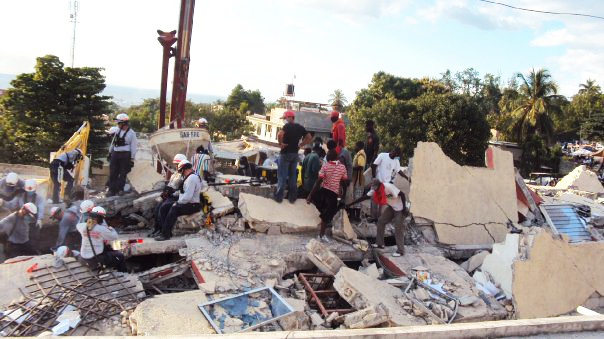 Buildings and houses began to fall, creating clouds of dust, and from those clouds people were running, barely escaping as the buildings collapsed. Photo courtesy of Yanica Faustin.