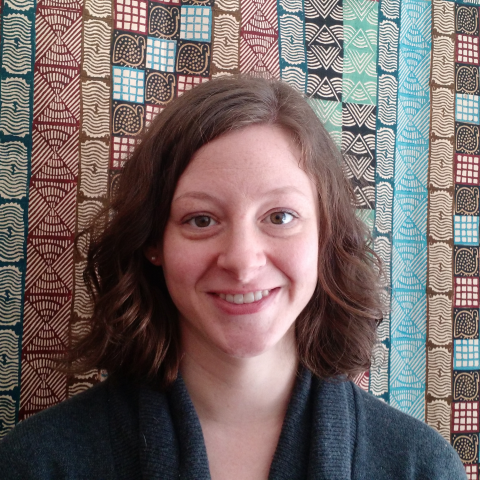 In the United States, this is a classic undergraduate women’s studies 101 exercise: Brainstorm as many slang words as you can for men’s genitals, do the same for women, and compare. Inevitably far more slang words exist for men’s parts than for women’s, and the words are less insulting, more affectionate, and less violent.

Many of these men’s terms are downright complimentary: It is common for a woman to be told that she “has some serious balls” if she accomplishes something impressive, or that a bold decision was “ballsy.”

Clearly, we think differently about women’s and men’s bodies and the importance of their capacity for sexual pleasure and reproduction. In my experience, however, we are not having this conversation when we discuss gender barriers to uptake of vasectomy, which is highly effective but vastly underutilized.

To deal with this discrepancy, I believe we need to better understand the love and protection granted to the penis and testicles—but not bestowed on the vagina, uterus, or ovaries (let alone the clitoris)—and address the complexity behind the fear of vasectomy.

Case in point: I recently facilitated a workshop for a truly inspiring feminist and sex-positive NGO in southern Africa that wanted to learn more about family planning. Even in this crowd, when we began talking about the vasectomy procedure, men and women alike visibly shuddered, some even crossing their legs. The group had no such reaction discussing the much more invasive female sterilization procedure.

From what my colleagues have said, I know this experience is not unique.

In a way, unease with the idea of vasectomy is pretty great: We should be all for loving our sexual bodies and being protective of sensitive areas that bring us pleasure and help make babies. We certainly do not want to be saying, “Man up! Tough guys can handle this simple procedure!” When else do our social norms allow men to openly express fear and discomfort?However, to my knowledge, our field does not yet fully understand or have the language for calling out this issue, which must be among the many barriers to vasectomy uptake. Is it that men’s bodies are valued more than women’s? Is it that masculinity and the power that comes with it are more closely associated with male genitalia and virility than femininity is with female genitals? Is it because men’s sexual pleasure is seen as more important than women’s (leading men to feel threatened by any kind of incision in their genitals)? Is it homophobia, fear of having the genitals seen and touched by primarily male providers?

It is time to start listening to people’s real concerns about vasectomy.

Could it be that women’s bodies are seen as more changeable since we are used to biomedical forms of family planning, and even practices like female genital cutting? Are women’s bodies seen as more able to heal, since we go through the massive changes of pregnancy, birth, and breastfeeding? Are the actual burdens that come with being pregnant or avoiding pregnancy seen as naturally belonging to women and therefore theirs alone to address? If a man takes on this burden, is he somehow seen as being too sensitive? Too womanly?It is time to start listening to people’s real concerns about vasectomy and why it may be something that men and couples never even consider, let alone discuss. These fears are keeping men from undergoing a simple, effective, safe, and inexpensive procedure that can free men and women to enjoy their sex lives for the rest of their post-childbearing years.

After all, won’t those family jewels be treasured just as much—if not more so—without the worry of an unintended pregnancy?This post originally appeared on the Knowledge for Health blog.