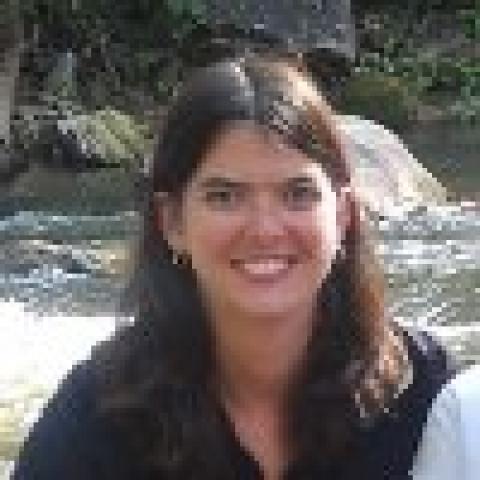 I arrived in Bahir Dar last week with an emotionally full agenda. Our team in Ethiopia is working on a plan to build capacity and encourage more local project ownership so that local partners and the government can take over the project activities and services in the next year.

Transitioning “fistula work” is not easy. Treating obstetric fistula is a service by grace alone, especially if you’re a government worker. No one pays you overtime to help these women, no one pays attention if you use a partograph or not to monitor the progression of a woman’s labor so that you know when it’s time to refer for emergency intervention. Certainly, you don’t have the flexibility to devote yourself to just one health care service. But our staff does. And that’s what makes our pre-repair service, community mobilization work, and training for health workers so important for ensuring that women with obstetric fistula receive the care that they deserve.

Ethiopia has an extensive public health care system comprising health workers at all professional levels, from health extension workers who serve rural villages to surgeons working at urban hospitals. Somewhere in the middle are the nurses, health officers, and midwives who are critical cadres to staffing the thousands of health centers all over the country. Like many developing countries, Ethiopia has a critical shortage of funding and health professionals to meet the many public health needs of its people. You will often find that health center staff members are assigned to multiple departments such as antenatal care, labor and delivery, and prevention of mother-to-child HIV transmission. In these facilities, the health workers are surrounded by constant need. Many of them work long hours and would never have the time required to be entirely devoted to caring for women with obstetric fistula.

So in 2006, IntraHealth[*] established unique pre-repair centers located on the grounds of three health centers in areas with high prevalence of obstetric fistula around the Amhara regional capital of Bahir Dar, which is the site of a Hamlin Fistula Hospital. Our pre-repair centers are able to provide a unique level of care and support for women being referred from the community with symptoms of incontinence—a service that no health center had ever provided. Each pre-repair center is staffed by a nurse or midwife who screens women for fistula and provides those eligible for surgery with transport and referrals to the fistula hospital. These pre-repair centers focus on preparing women for surgery by providing basic rehabilitative care including treatment for malnutrition, anemia, and opportunistic infections.

On my visit to our pre-repair center at the Dangla Health center, I met Yirgedu, who is 21 years old. When she was ten, her family, full of pride, married her off to a man ten years older than she. During their first intercourse, she experienced severe trauma that led to gas and eventually stool leaking into her vagina. Two months after her marriage, she left her husband and went back to live with her family. They tried to save money so they could take her to a clinic but saving money often means selling an ox or part of the harvest, which is also the family’s livelihood. For Yirgedu’s family, it was not possible so for ten years she lived with this untreated condition.

Then last year, a fistula mentor from the Fistula Care Project spoke to a group of 5,000 students at a high school near Yirgedu’s home about fistula, its causes, the possibility of treatment, and the services the project offers. Yirgedu herself was not at the school that day. She stopped going to school many years ago because she was ashamed of her condition. But some of the students who heard the talk repeated the information to Yirgedu and told her that free transport was available for her.

Last August, Yirgedu was taken to the pre-repair center in Dangla where she was cared for and then transported to Bahir Dar Hamlin Fistula Hospital for surgery. When I met her, she had just returned to the pre-repair center for her six-month follow-up appointment at the hospital. Although she is doing better, the surgery has not been entirely curative. She still feels pain whenever she sits for long stretches of time or from the movement caused by being in a vehicle. She is concerned that her condition will never be 100% cured and worries that she walked too much after the surgery or did not take good enough care of herself. In this culture, idleness is not an option: she is expected to contribute to the cooking, to carry water, and to care for the fields, and finding time for convalescence can be difficult or impossible.

The pre-repair center that took Yirgedu in and referred her for surgery is one of four such centers. Women with symptoms of incontinence, like Yirgedu’s, are referred to these centers by community health workers or informed community members. Once at the centers, the women are given 24-hour care; a well-balanced, high protein diet to respond to malnutrition; and constant support. Some of the women who are referred to these centers have cervical cancer, uterine prolapse, or severe stress incontinence, which there is little capacity to treat locally, but about 60% of the women who have come to these pre-repair centers are diagnosed with an obstetric fistula and can be treated. In the last five years, these centers have taken in 1,300 women and referred almost 800 of them for fistula repair surgery.

The obstetric fistula pre-repair centers are supported by the USAID-funded global Fistula Care Project, which is led by EngenderHealth.

[*] This work was accomplished through the ACQUIRE project led by EngenderHealth.