Global Nutrition Is the Cornerstone of Global Health

We know how and when to address malnutrition. We just need the political will to make it happen. 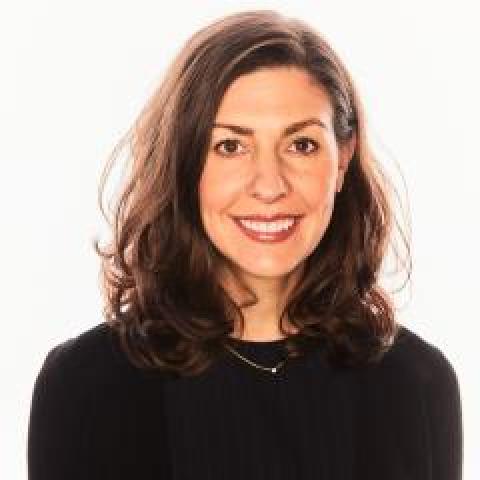 By Jenny Dyer
Founder of the 2030 Collaborative

Advocacy from the faith sector, particularly from the politically right-of-center voter, is now more crucial than ever.

In March, the Trump Administration released its annual budget recommendations for Congress to consider for Appropriations, and for the third year in a row, this Administration recommended draconian cuts to the International Affairs Account, or our foreign assistance. For this sliver of an account representing a mere 1% of the entire U.S. budget, they recommended an overall cut of 24% to this account for FY20.

In mid-May, the House Appropriations Committee passed the FY20 funding bill for the State, Foreign Operations, and Related Programs (SFOPs), which included the Global Health Account. This is important because it set the bar for global health funding prior to the Senate bill that will be passed this month (hopefully). At the 2030 Collaborative, we were thrilled to see that the House disregarded the recommendations of the Administration once again and provided robust funding for the entire International Affairs account.

For this 1% of the US budget, or “one penny-to-the-dollar,” we lead the world in our global health and development funding. The US stands on the front lines of curbing the epidemics of HIV, tuberculosis, and malaria; we supply contraceptives to tens of millions of women; and we provide vaccines to millions of children worldwide.

Yet, the cornerstone of international health is nutrition.

Nutrition funding accounts for only 1% of the US foreign assistance budget.

Nutrition is the foundation for success in so many other global health issues, and its importance begins at the moment of conception. We know how and when to address malnutrition, we just need the political will to do so. Unfortunately, it has been one of the most overlooked investments in global health in recent years.

I lead the Faith-Based Coalition for Global Nutrition at the 2030 Collaborative, where more than 265 leading faith leaders from across the nation have lent their names and voices to championing US funding for global nutrition. We seek to inspire advocacy among conservatives to grow this coalition with transparent education and accountable implementation.

Nutrition funding accounts for roughly 1% of that 1% of foreign assistance in the US budget. And out of that tiny account, 22 million children’s lives were saved in 2017 alone through access to food from USAID. This often-overshadowed funding is perhaps some of the most critical to changing the world.

Since 1990, we have been able to lead the world in almost halving the percentage of people who live with hunger. At that time, about 23.3% of the world’s population lived with hunger; today, it’s 12.9%.

However, in the last three years, we’ve seen an uptick, largely due to the unprecedented refugee crisis, a rise in conflict, and climate change. Famine is on the rise right now in the Near East and North Africa, potentially affecting more than 52 million people.

To tackle this new rise in hunger, we need long-term strategies to address the peace process and global warming. But right now, we can provide moms and children with proper nutrition in the first 1,000 days between conception and the child’s second birthday, which will have a lifelong impact for the child. We can use our funding for nutrition to focus on inventions for these 36 months of a child’s life, which will lead to healthier lives, more years in school, better jobs on the horizon, and more financially secure futures for each child’s family, community, and nation. Nutrition may be the most critical intervention to lift an entire nation out of poverty and move toward sustainability.

Last year, Congress increased funding to nutrition by $20 million in the FY19 enacted budget; this was the first increase in more than a decade. We were thrilled to see bipartisan leadership emerge for this important funding for mothers and children.

This month, the Senate will release their version of the FY20 funding bill for the State, Foreign Operations, and Related Programs (SFOPs), including nutrition in the Global Health Account. We believe our Senate will showcase moral, economic, and security leadership to champion robust funding—and perhaps even increase funding again—for nutrition this year.

Please consider taking a moment to reach out to your Senator in Congress and advocate for moms and children today. Simply go to Senate.gov, find the email of your Senator(s) and send them a brief note sharing your support for increased funding for nutrition ($175 Million) for FY20.

Your voice has the power to save millions of lives.

Check out Jenny Dyer’s talk at Switchpoint 2019 in Saxapahaw, North Carolina, on the role of US faith leaders in advocacy for global health and development.

"Investing collectively to ensure all regions of the world have state-of-the-art production infrastructure, trained… https://t.co/6z6vxbsc5A